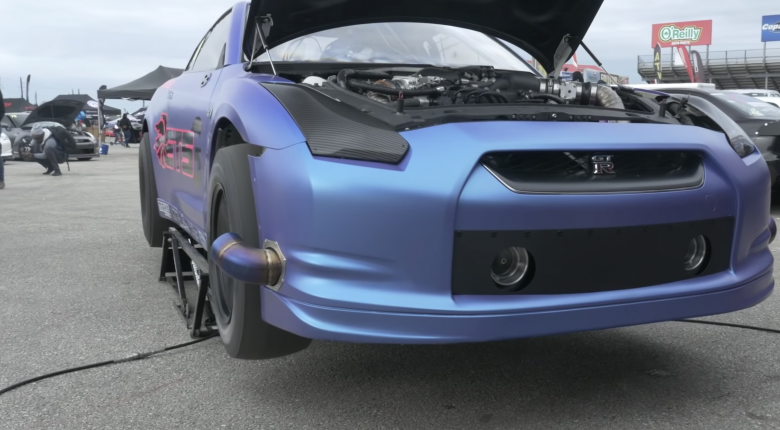 Ultra knowledgeable JR from Extreme Turbo Systems gives us the rundown on the ex-AMS run ‘Alpha G’ car and the changes they have made to turn it into the ETS-G which is still piloted by Gidi Chamdi. This interview from TX2K covers so many topics it’s difficult to mention even half of it in the description.

The Syvecs ECU controlled car runs a similar twin Precision Turbo 8685 turbocharged Nissan VR38 setup to the 3050WHP silver ETS GTR which will now focus on ½ mile racing, leaving the ETS-G to focus on the ¼ and shoot for the R35 world record later in the year. JR gives us some insight into ¼ mile and ½ mile drag racing setups and how as cars get faster the differences become larger for suspension, fueling, aero and weight considerations between the distances.

Also discussed are the considerations that go into turbo selection for a drag racing application, the Nissan GTRs dual clutch system in relation to launching, and we gain some great insight into how the 300HP that is directed to the front of the car helps keep the car pointing in the right direction and also maintains traction if and when required.

What to learn how to tune EFI? Start here, for free.