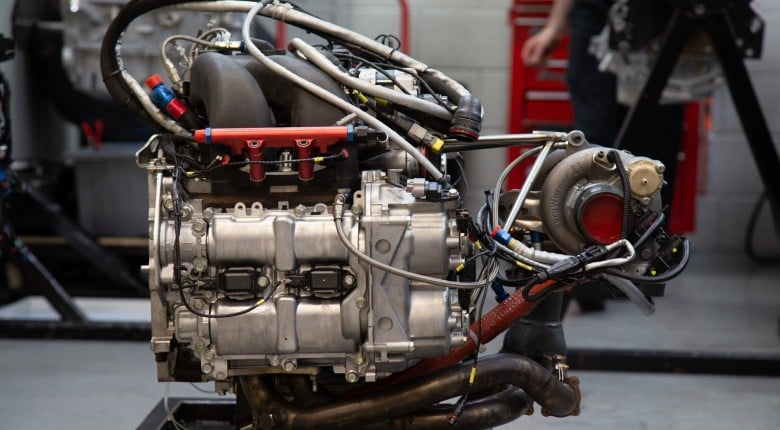 Maintaining a high-pressure supply of oil is a big problem for engine packages that were originally designed for road use, but find themselves being worked hard on the track in vehicles with sticky slicks and consistently pulling more G’s than the factory engineers ever planned. David Mountain of MounTune explains some of the issues that are caused not exclusively but namely by lateral g-Forces while cornering for circuit racers, but also apply to horizontal forces while accelerating and braking for all you drag racers out there.

Essentially in a wet-sump, issues arise when g-Forces move the oil away from the pickup that is supposed to collect the oil from your sump to be fed back to the top of your engine. When there is no oil there to be collected, air is instead sucked in which can cause parts of your engine to run dry and cause anything from minor damage to terminal failure.

How can a dry-sump help? David dives right into explaining how a dry sump setup holds oil in a remote reservoir that is filled from the top via a scavenge system, and then the oil is drawn from the bottom back to the engine via a positive feed. The system will also generally employ the use of an air/oil separator on the scavenge side as well as a breather for the tank to ensure it does not over pressurize and only one pump is required for the entire system. With oil constantly being drawn from the bottom of the reservoir, there is no way for the system to draw in air by mistake.

The scavenging side of things is also explained along with the number of pickups that generally get the job done for most applications. As well as packaging advantages when it comes to weight distribution, dry sumps can also offer a healthy power increase depending on the application which can make a huge difference for classes where natural aspiration is used due to the reduced oil windage and aeration along with the use of negative vacuum pressure. 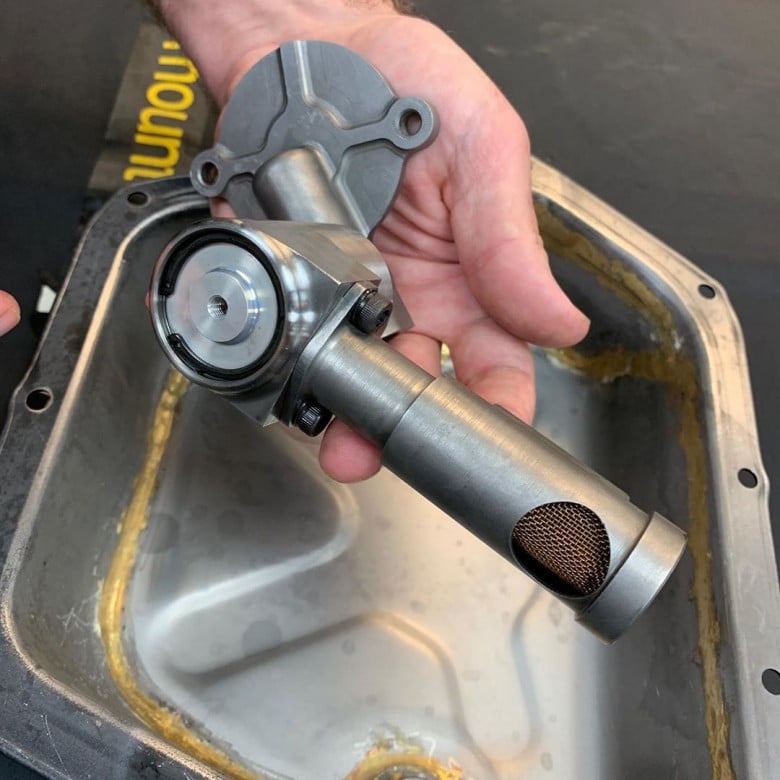 What if a dry sump is out of your budget or banned from your class? If you must use a wet-sump, you still have some options although for the level of motorsport David and Andre are talking about here it could actually work out to be the same cost if not more expensive than a dry sump setup, there’s something else for the solely budget limited below. Based on Subaru FA20 British Touring Car Championship (BTCC) setups wet sumps can run a moving pickup that essentially follows the oil around the sump along with the use of 1 way valves and ‘trap door’ setups that prevent the oil from climbing to far back up the side of the engine and away from the pick up.

Accusumps are another option that are sometimes shied away from in professional motorsport classes that require wet-sump usage due to the weight, but for a budget orientated performance build they can be a great option particularly when combined with the use of baffles placed in your sump to help keep your oil in the right spot. An Accusump is basically a pressurised syringe of oil which automatically dumps itself into your main oil gallery when the pressure begins to drop and then refills itself over time. While this is ideally not something that will be activated on every other corner, when combined with some other modern safety features it is a great option for your street turned track car.

Also discussed are the topics of blow-by and why an internal chain-driven oil pump is preferred to an external belt driven one where possible.

NOTE: Around the 7-minute mark David means to say that the DRY sump setup is cheaper when compared to the amount of work and development that goes into getting the wet-sump setup discussed to be reliable and it is only because of class rules that they are used.

Want to learn how to build your own engine? Start with a free live lesson right here and have your own questions answered, on sumps or otherwise, answered during the stream.