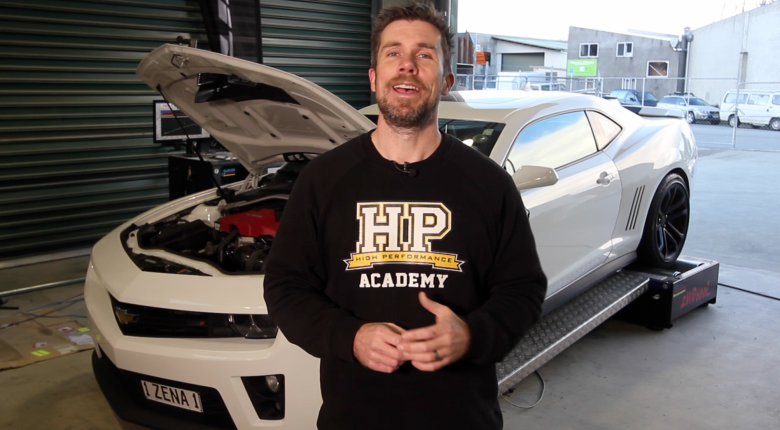 If you find your GM vehicle goes excessively rich after being reflashed, we’ve got some good news - Now there a fix! In this video we’ll demonstrate the problem, show you why it happens, and show you the fix that HP Tuners have just released.

Are you having problems with the air fuel ratio going rich after a reflashing when tuning GM vehicles on the HP tuners platform? Well, if you are, I'm here to tell you there's a fix. Let's jump in the car and check it out. The rich after reflash issue is common on a number of GM vehicles, and here I'm using a 2013 ZL1 Camaro to demonstrate the problem. I've got my VCM scanner running and the engine or PCM has just been reflashed. Everything is up to operating temperature. Let's start it, and see what happens.

This is the rich after reflash problem and traditionally the way of getting around this has been to give the engine 15 to 20 minutes of idling. What we'll see over that time is that our trims will come back towards zero, and will end up with our measured air fuel ratio matching our target. Obviously that's an incredibly time-consuming process, but as I mentioned there is now a fix for it. Before we go over the fix, I'm going to talk about what actually causes the problem. It is always nice to know what's actually happening in the background.

At normal running conditions we can expect our injector tip temperature to be sitting in the range of perhaps forty, forty-five degrees centigrade. As we can see from the table, in this range, we're having no effect from this table. The fix for this, to get around our rich after reflash problem is simply to highlight this entire table, and set all of the values to zero. Once we've done this, we can now reflash our PC and let's do that and have a look at the results in the scanner.

With our flash complete, let's restart the engine and we'll see the difference. Straight away, you can see that if you're ratio is almost right on target, even though you can see at the moment, our closed loop trims are still sitting at zero. We don't have any problem with the engine in the initially going excessively rich. Note that the injector tip temperature is still sitting at eighty degrees centigrade, which as we can see matches our currently engine-coolant temperature. As you can see, zero in the offset verses of the injector tip temperature reverses that rich after reflash problem. This can literally save hours of wasted downer time, and we need to thank the HP tuners forum who found this table, as well as the HP tuner's engineers for incorporating it so quickly. If you can't see the offset verses injector tip temperature table in your version of VCM Editor, make sure you update to the latest version as soon as possible.

If you want to learn more about reflashing GM vehicles using the HP Tuner's software, then check out the practical reflash tuning course. It's an online course that you can take from the comfort of your own home. Click the link for more details!