When one injector isn't enough! 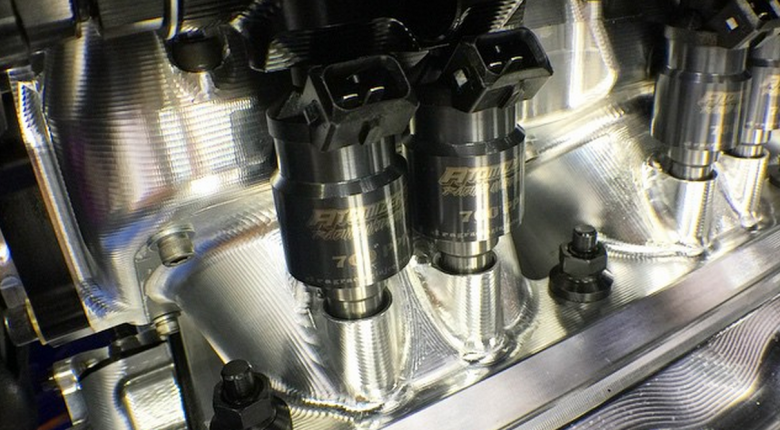 What do you do when one injector can’t supply enough fuel? Fit a bigger injector?

Sure for most street applications a bigger set of injectors is a perfectly acceptable option, but for those looking for serious power, particularly in a drag application running on E85 or methanol fuel, you’re going to struggle to support big numbers with just one injector per cylinder.The other problems with running a single large injector per cylinder is that these injectors generally don’t offer great linearity at very low pulse widths and the minimum fuel volume they can deliver may still be too great to achieve reasonable idle and cruise mixtures.

The solution is to use a staged injection system with two (or more) injectors per cylinder. The ECU will use just one injector when the fuel requirements of the engine are low (idle/cruise) and as the boost and rpm increase, the second injector is gradually staged in. Most modern ECUs offer staged injection and when set up correctly the ECU will automatically reduce the pulse width from the primary injector as the secondary injector starts delivering fuel, to maintain the same overall volume of fuel delivered. This makes life simple for the tuner as the main fuel table remains smooth and seamless with no steps where the staging occurs. While this technique is common in high power turbo engines, it can also be an advantage in lower powered naturally aspirated engines. In this case the primary injectors are placed in a conventional location near the intake valve while the secondary injectors are placed further up the intake runner or even outside of the intake trumpets on an itb intake. At high rpm and throttle opening there can often be a small but worthwhile advantage from delivering the fuel via the secondary injectors only.