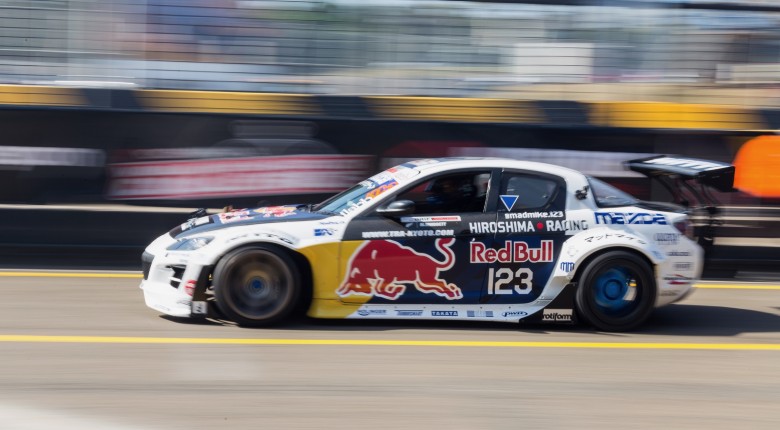 To take something and make it better: it’s what we as automotive enthusiasts do. The car is more than a way of getting from A to B – it’s like a canvas that we can personalise in our own individual ways. For some, that’s going to be limited to a set of wheels and maybe a suspension drop. For others though, there’s going to be little recognisable from the standard car. Now, this all comes down to individual tastes, and I’ve got a passion for power. While there’s almost nothing you can’t do to a standard engine to release more power, sometimes it just makes more sense to chuck the stocker in the bin and start fresh with something altogether more bad-ass.

In this article: It's What We Do | Sacrifices or Engine Swaps | Speaking the Right Language 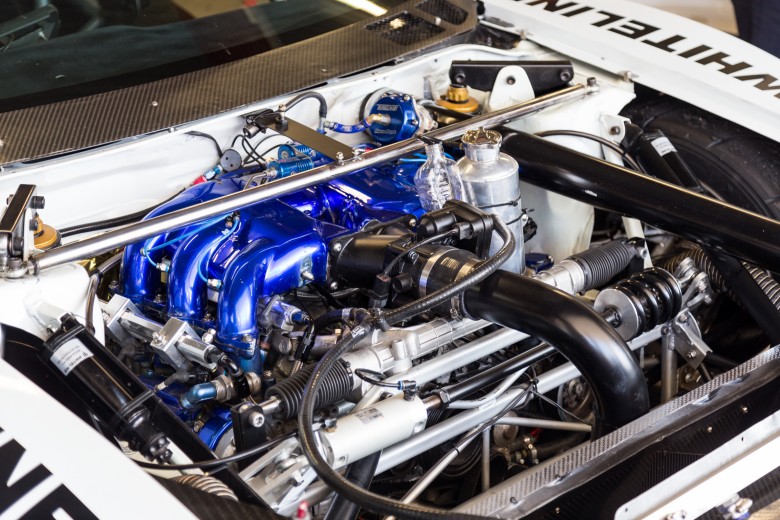 It's What We Do

Engine swaps, or engine conversions – they’re one of the core components of the hot rod culture and they’ve been around almost as long as the automobile. Why is this often a considered a smart choice though? Modifying a stock engine is a perfectly acceptable option and you’ll find no shortage of examples in High Performance Academy's Blog. Cams, turbos, ported heads, nitrous, superchargers – the sky is the limit and there’s no doubt these modifications are all effective in their own right. 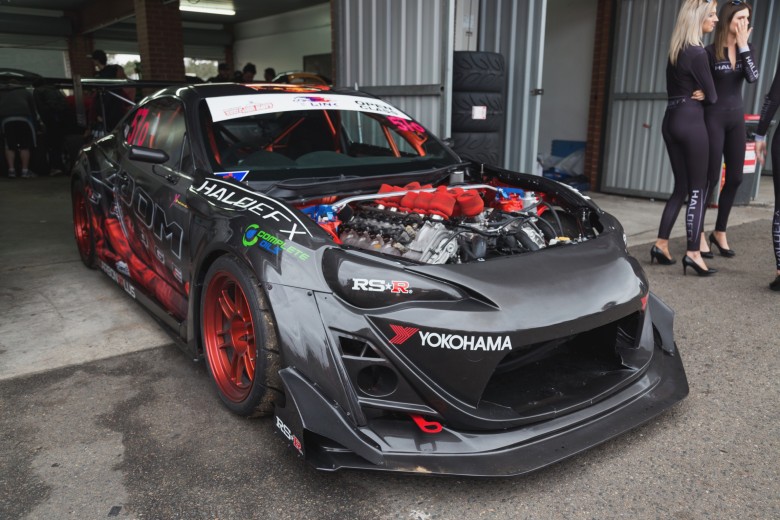 It’s easy reading about modified engines on the internet, but often living with them is a different story. If you’re looking for a 10 per cent, 20 per cent, or even perhaps a 50 per cent increase over stock then that can often be had with a minimum of fuss. But what if you want double or triple the stock power? Of course, it’s going to depend on what you’re starting with, but often even insane increases are possible – they usually just come with downsides that are rarely discussed. I’m talking about reliability, driveability and fuel economy.

Stock engines are great at providing a nice, smoothly-refined ride, with good economy and reliability. Once you start pushing the boundaries though, you’re going to need to make some sacrifices. 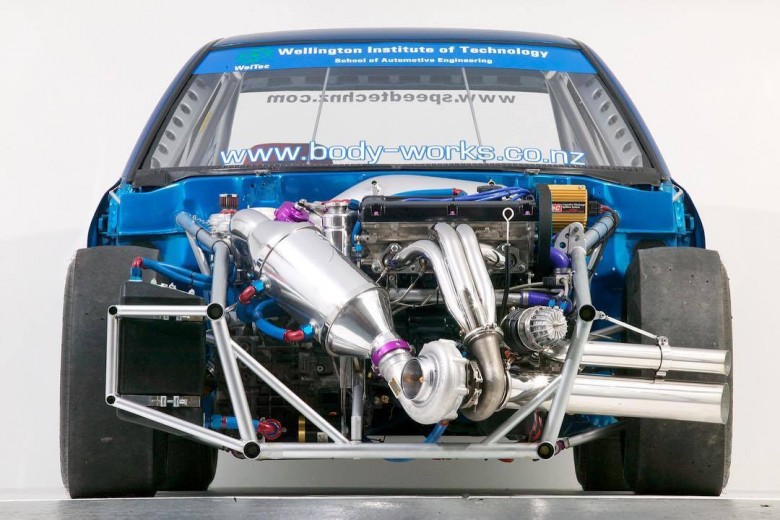 Let’s get some perspective – I’ve owned and driven a 1100whp-plus Mitsubishi Lancer Evo. It’s the stuff that most guys or girls with a love of cars would dream about. The trouble was that my 4G63 didn’t make any real boost until 7000rpm, and beyond that, you needed to walk a tightrope to keep the thing within a very narrow power-band. On the drag strip it was a weapon capable of laying down 8.2-second passes at 180-mph, but on the street it would have likely been cleaned up by a stock Suzuki Swift. And did I mention the engine rebuilds every 40-50 passes? Yeah, that’s a rebuild every 16 to 20km…

So what do you do if you want more power without sacrifice? An obvious choice is an engine swap – simply choose a factory engine with the sort of power and torque you would like and drop it in the engine bay. Of course, there’s a little more to it than that, but we’ll get to that in a moment. If you make a smart choice, you’re going to get the best of both worlds – the sort of power and torque you want, coupled with the refinement, reliability and smooth power delivery of a stock engine. Naturally, we could also decide to modify the new engine, but that’s a separate issue. 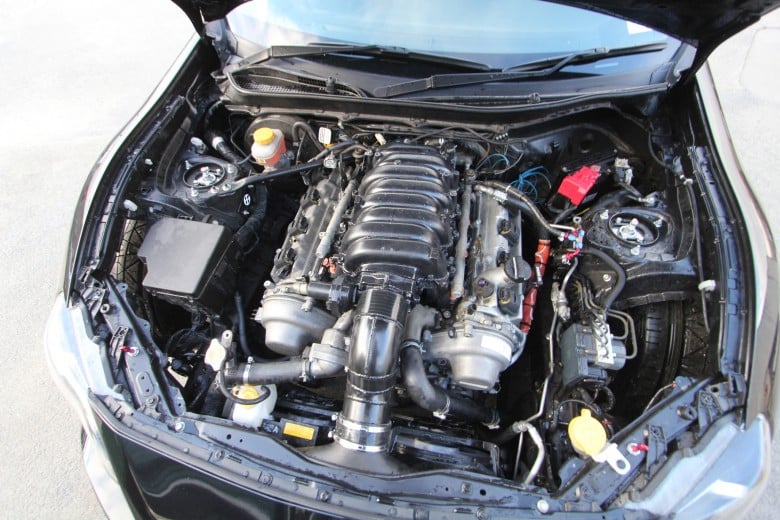 So you’ve decided to swap in a different engine – great. The motor’s in, the engine mounts are made and the driveshaft is connected. Now what? Well, this is where things get tricky. Rewind 10 years or more and it wasn’t hard to fit a different engine. For example, it was pretty simple to drop an LS2 into a Nissan S14 or S15. If the car had an electronically controlled automatic then that might have thrown a spanner in the works, but for the most part, all the car’s electronic systems kind of minded their own business and kept to themselves. Modern cars make our lives harder though thanks to three little letters- C, A and N.

CAN stands for Controller Area Network and it’s been a mainstream OE communications technology for many years. In a nutshell, CAN is a two-wire bus that transmits data between all the different automotive subsystems. The engine computer, ABS computer, transmission computer, instrument cluster and even the air conditioning may all communicate via CAN. The problem comes when you try to swap in a different engine as usually the ECU that runs the new engine will no longer send out the right CAN messages (if any at all). 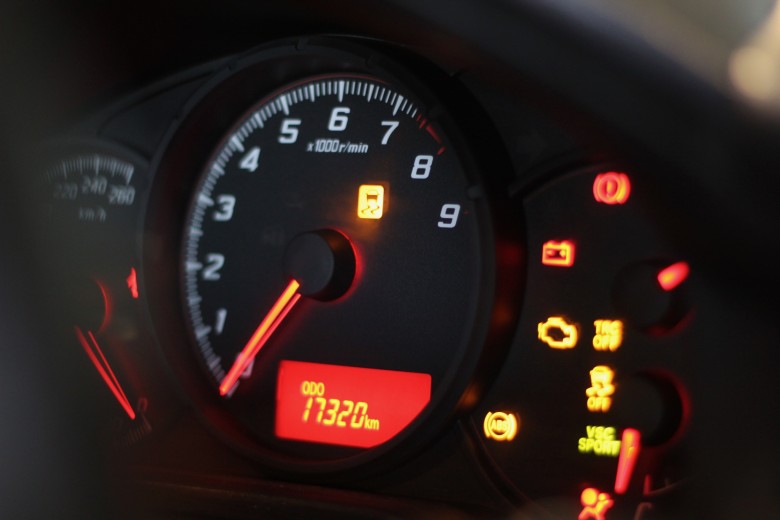 What this means is that while your engine might run, the rest of the car kind of goes into a weird ‘limp home’ mode. No ABS, no RPM or speed on your instrument cluster, and maybe the power steer doesn’t work and the car won’t shift gear. If you’re building a stripped-out race car this probably isn’t a big deal as you’ll be replacing the entire electronics package, but for those of us on the street, it is a little hard to live with. 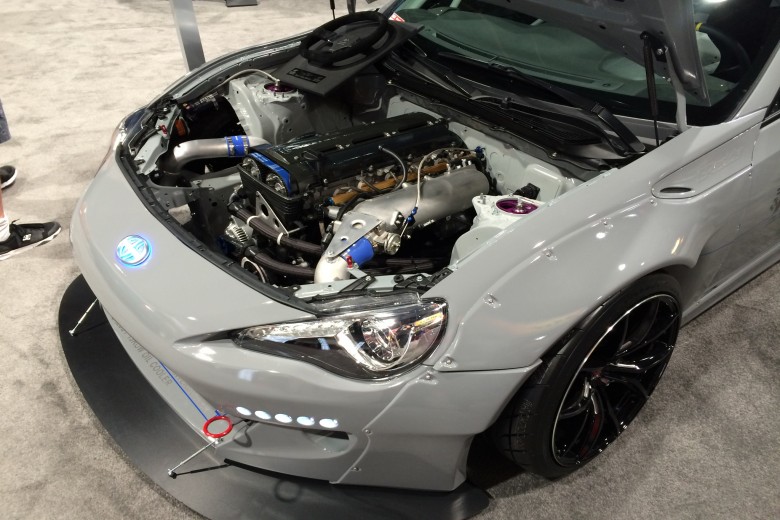 So what are our options? Are engine swaps a thing of the past? Are we stuck with what the manufacturer gave us? Well, it depends how smart you are – but there are options. Since CAN is an industry standard communication protocol, it’s also fairly well understood by most aftermarket ECU manufacturers. Actually, if you want to spend the time, it’s possible to buy a CAN ‘sniffer’ and look at all the data being transmitted over the CAN bus so you can figure out what message relates to what data and then replicate it using a capable ECU. I’ll admit, this is well beyond what most home enthusiasts are capable of, but it’s something that can be done. 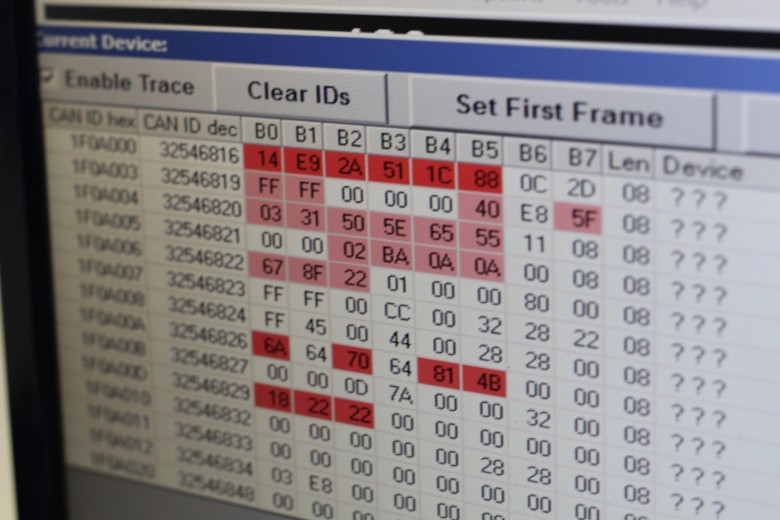 Luckily there are a few ECU manufacturers out there who are doing the hard work for us and we can just piggyback off their efforts. I’ll walk you through an example with an engine swap I’m currently helping complete on a 2013 Toyota 86 (aka Scion FRS and Subaru BRZ). No 86 owner is likely to wax lyrical about the awesome power of the stock 4U-GSE/FA20, and instead of contemplating the forced induction route, our customer decided to bite the bullet and drop in a V8. Keeping it in the family though, he did choose the Toyota 1UZ-FE VVTi V8 engine.

While the work of fitting the engine had already been nicely handled by Surfab in Christchurch, New Zealand, prior to the car reaching us, we still had the unenviable job of making the thing go – and this is where things get interesting. Replacing the stock ECU with a standalone would have meant that the CAN messages the stock ECU sends would be missing. In the 86 this effects the ABS, traction control, air conditioning, electric power steering, cruise control and even the rev counter. Not ideal. 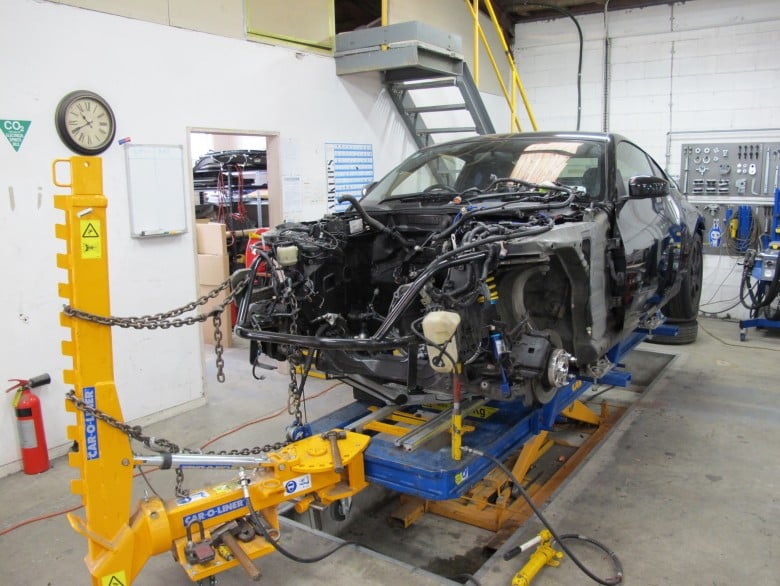 Let’s look at why this is the case with a very simple example of the instrument cluster. We rely on the instrument cluster for information such as engine RPM and engine temperature among other things, in older cars these signals were provided by dedicated outputs from the ECU – or in the case of coolant temperature, even a separate sensor dedicated to the temp gauge. This meant that it wasn’t too difficult to replicate these signals if we swapped engines. In modern cars though, this data is typically sent via CAN straight from the factory ECU. The gauge cluster knows where on the CAN bus to look and that’s how it gets the information. 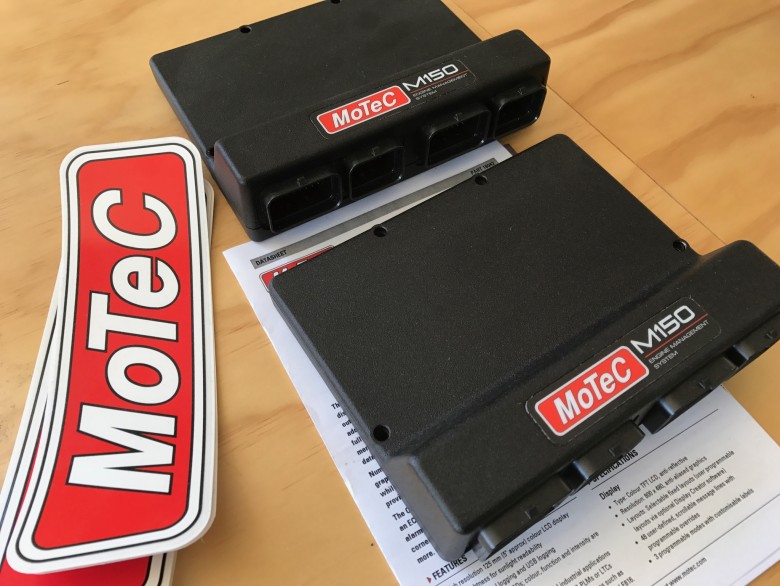 If we fit a standalone ECU without the correct CAN bus support, this information is missing and hence the gauge cluster won’t be able to receive the temperature data when it looks for it. In our example, to get around this we’re using a MoTeC M1 ECU package which is specifically developed for the Toyota 86. In this case, the M1 ECU takes the temperature data from the engine temperature sensor and then transmits it in the same CAN format the gauge cluster is looking for to keep it working correctly. 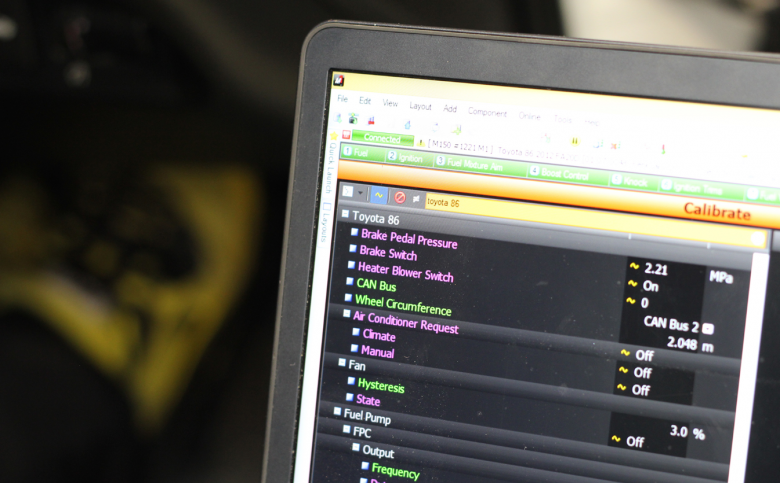 If you’re contemplating an engine swap on a late-model car, you’re going to need to do your homework as it’s pretty likely you will end up facing these sort of issues. While the solutions might not always be straightforward, it’s going to be a lot easier finding out about them before you've invested thousands in getting your new engine mounted up in the engine bay. Of course, if you’re working on a car that’s very popular and has a lot of aftermarket support, then your options are going to be much wider.

Planning your own engine swap? We have all the info you need to build it, wire it and then tune it right here.