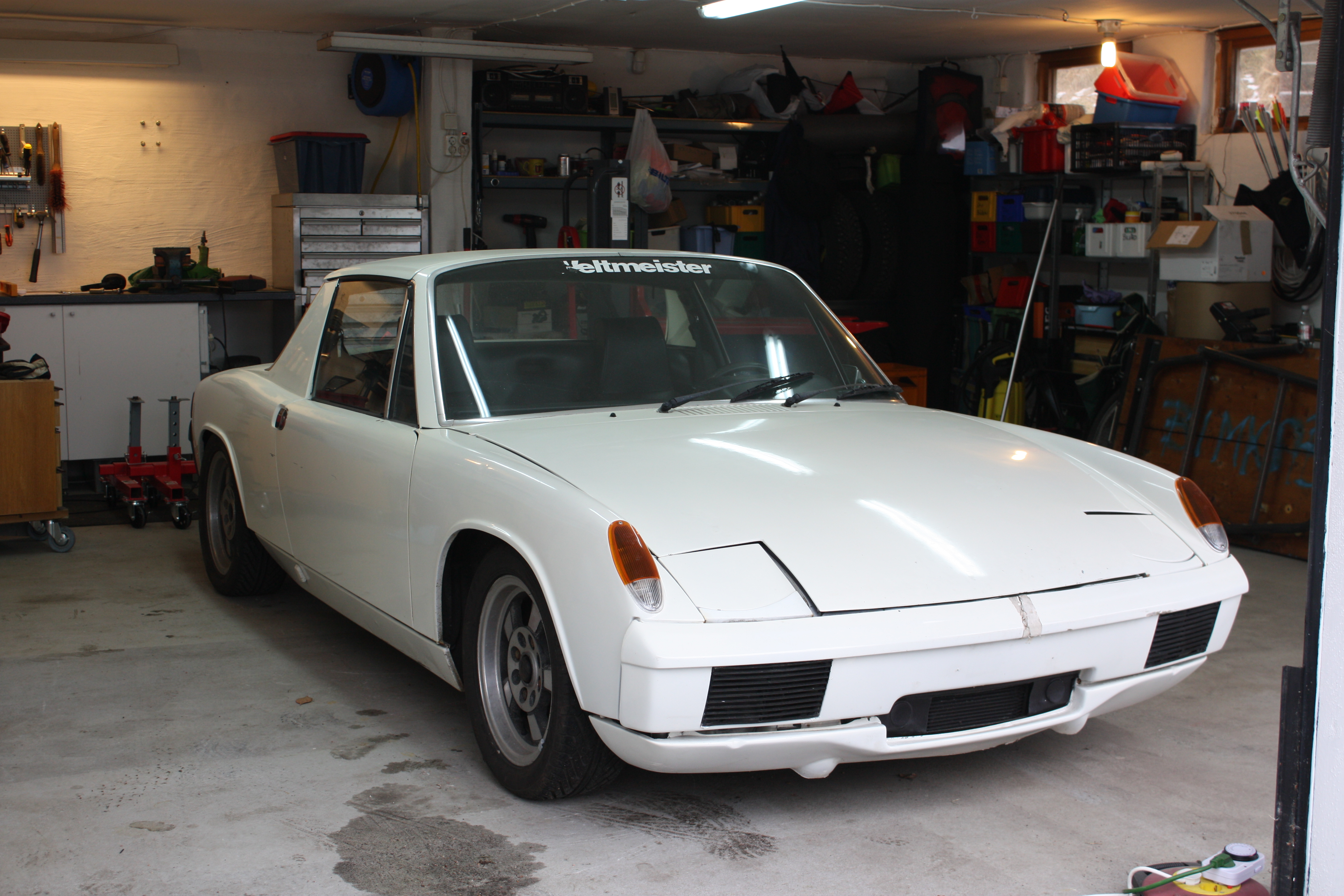 This is how my car looked in April 2013 before I started tearing it down. The car is originally from California and it has some club racing pedigree and I imported it to Sweden from Germany. It's a 1974 Porsche 914 with a two liter four cylinder aircooled boxer engine packing a huge 95 hp. When I got it the car was a 30 foot car, scratched, rusty, bad paintjob and poor repairs from a previous owner and amazing to drive. The plan was to build a 914 according to Porsches RS receipe, a little bit lighter, a little better handling, a little better brakes and a little more power. Ummm...no scratch that, alot more power as things turned out... Classic lines with updated technology and parts underneath. 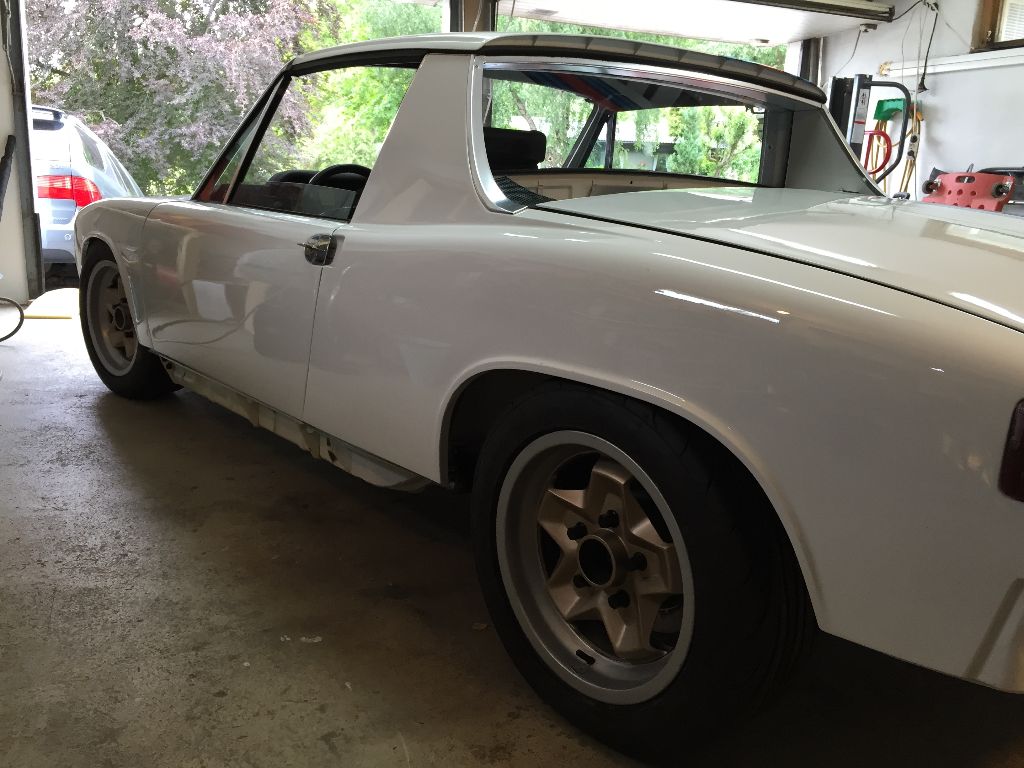 Fast forward to the summer of 2016 and it looked like this after being stripped down to a bare shell, all the rust fixed and repainted.

And of course a few upgrades along the way....you know "while you're in there doing that you might aswell...." 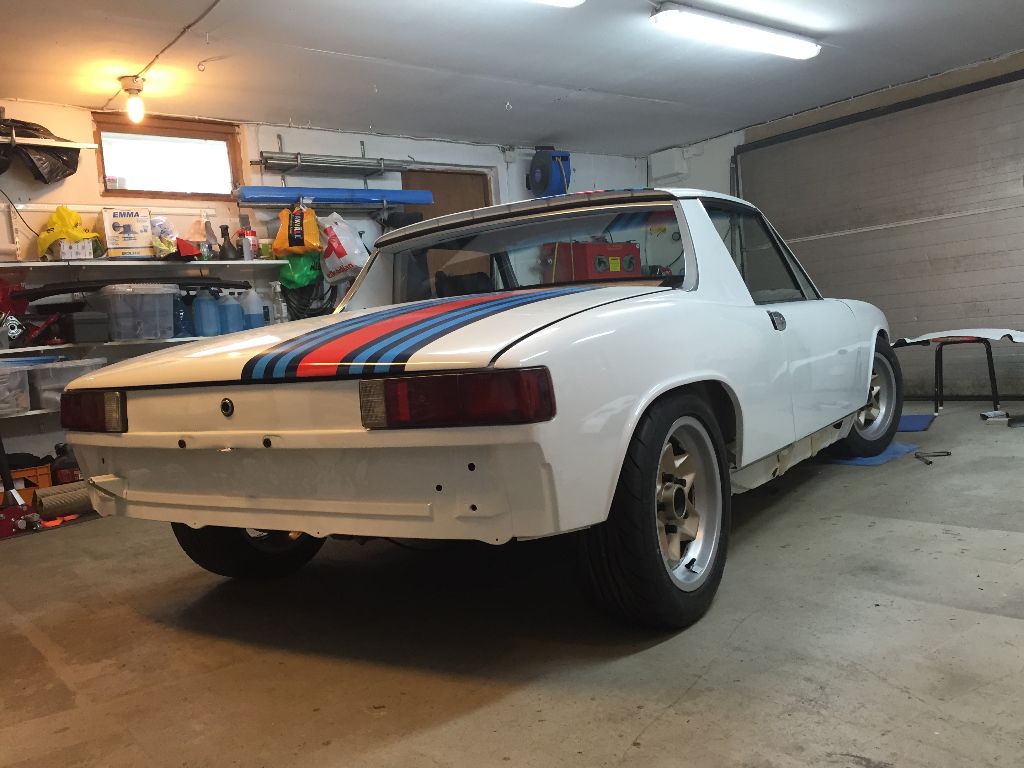 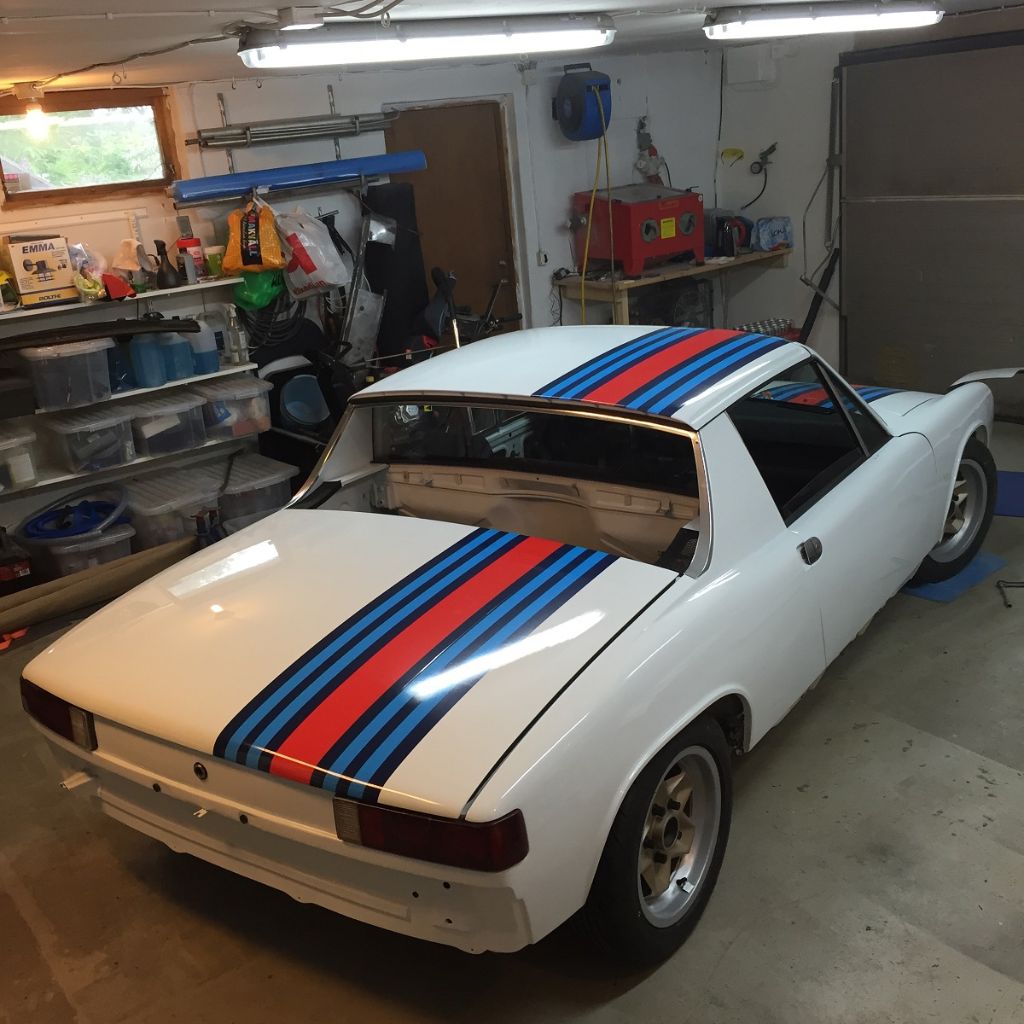 I've always had a weakness for the Martini liverie and the thought has been with me since before I bought the car. Sadly the last two years everyone and their grandmother as put Martini colours on their Porsches, even Porsche themselves on the 918.

Talking about modifications...here's the list i made about a year ago...something might have been removed but on the other hand more than a few has been added... A car build has a tendency to grow and change during the course of the work even if you had a clear vision from the start.

Filled in the gaps between the front fenders and windscreen cowl.

Smoothing the rear panel between the lights. (not going to use the “Porsche” logo reflector)

Moving the battery from the original postion.

Re-drilled and fitted studs to the original rear hubs.

Upgrading the gearchange mechanism to a Rennshift package.

Upgrading the windshield washer system to the later style with electrical water pump.

Bronze bushings for the pedal assembly.

The plan was that the car would be ready this past spring and then just drive it over the summer. Sadly the stock engine puked oil and made a nasty noise on the dyno when I went to have it tuned so that summer of driving never happened. Instead I broke the piggy bank and ordered a built 2276 cc engine using a spare 1.7 914 engine I bought for this reason in the summer of 2015.

I got the new engine a month ago and its back in the car and I'm slowly putting all the ancillary parts back in, changing a thing or two from how I did it the first time. The plan is to have it on the dyno after newyears and then just wait for spring to arrive.

Here's some bonus pictures from the conversion of the stock 2.0 engine. 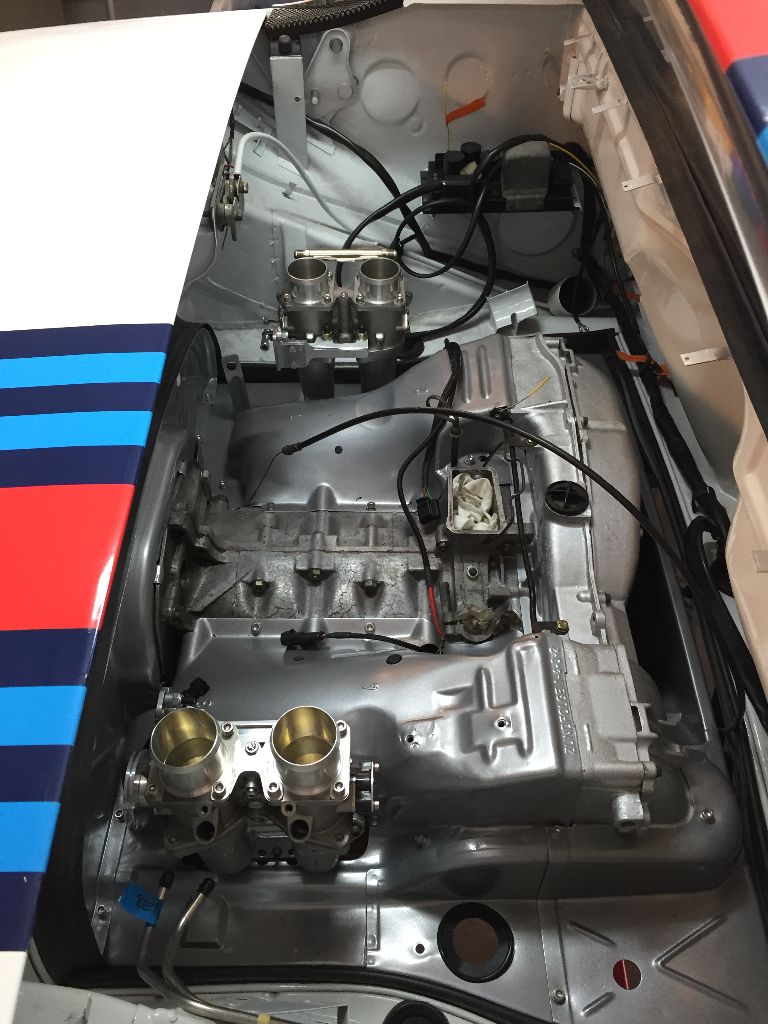 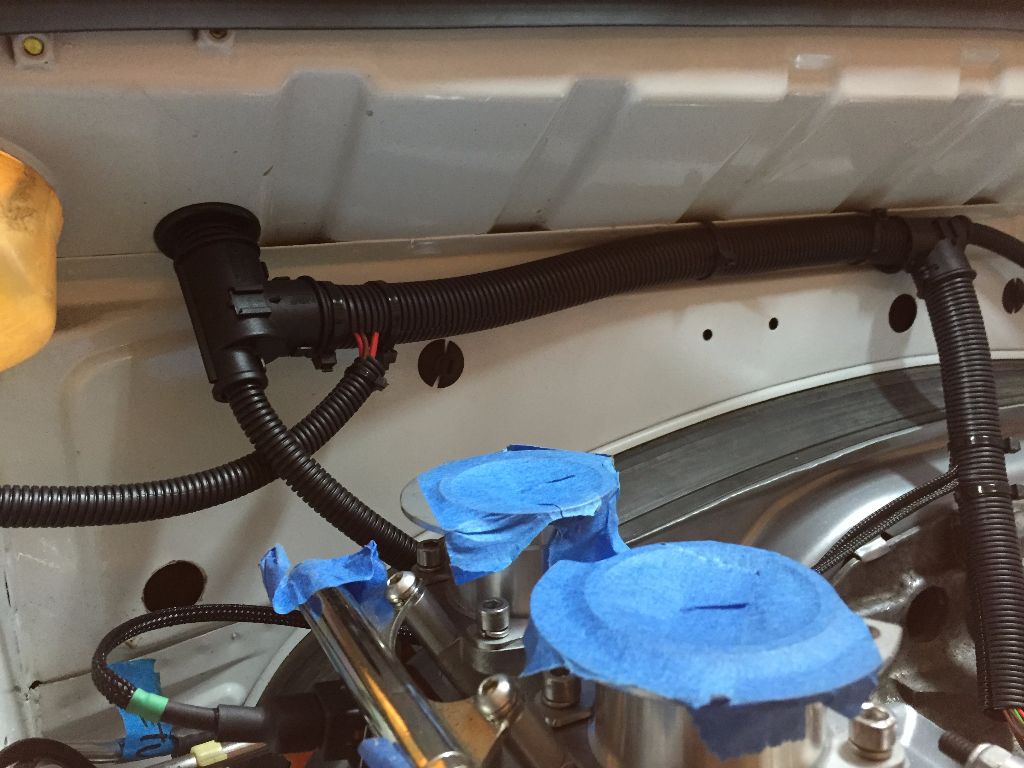 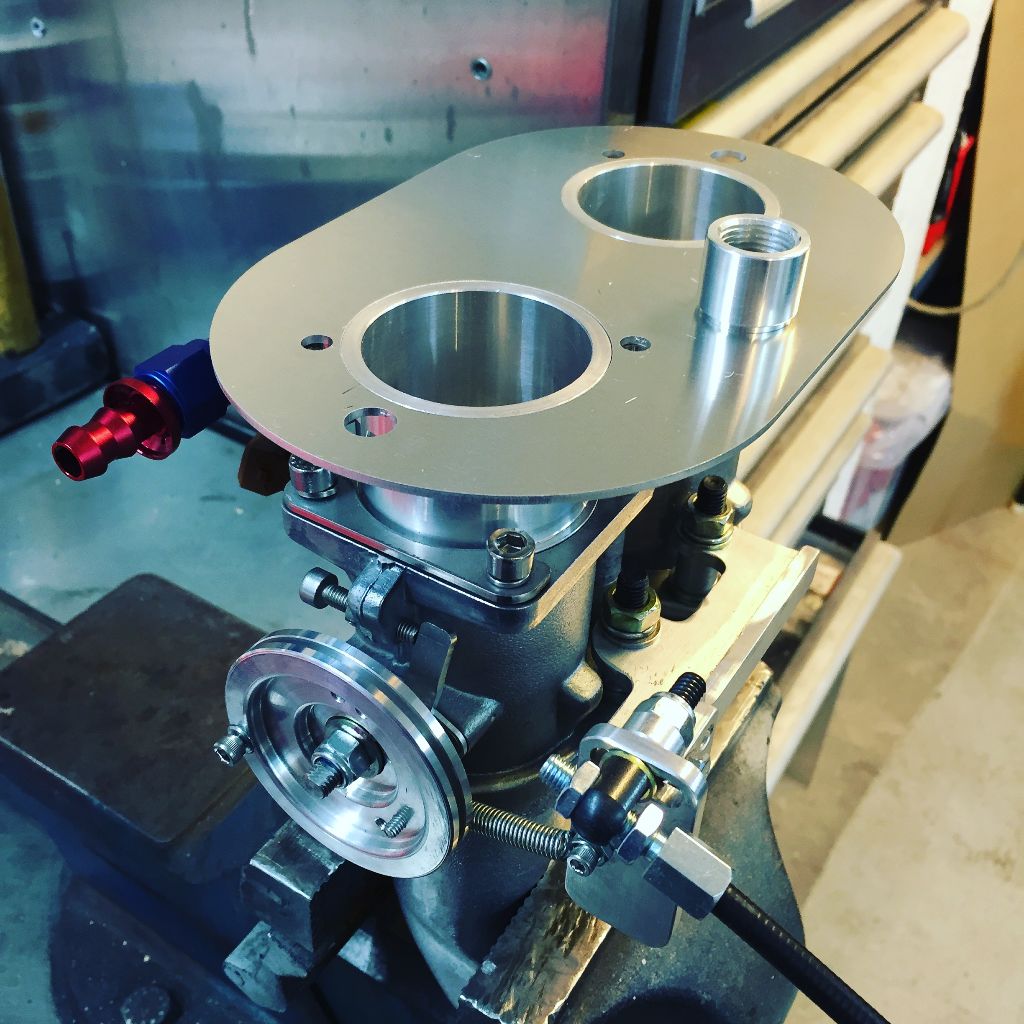 I'm also using the MaxxECU, but sadly we can't get E85 in the UK.

Have you got any more pictures of the build?

Thanks, most of the build is documented on my own website http://www.matsgarage.com

That's awesome. Thanks for sharing

Got it started and warmed up and got the low rev and idle rpms set to around lamda 0,9. Should be good enough to let me drive it onto a trailer to get to my tuner.

One of my cylinder heat temp sensors was faulty, showing only 20 degrees while the other one showed 120 degrees C. So the bad one is removed and sent to the seller as it was DOA, waiting for a replacement.

Figured I'd show you my initial VE, Lambda and Ignition tables.....

Well I got my faulty CHT sensor replaced and this weekend I've been running the engine on low revs and letting it heat up properly to check that both the air flap thermostat and oil cooler thermostat opens as they should. I've also verified that when the ecu sends 0 degrees ignition thats what the engine gets, also checked that the 27 degree mark lines up with the ignition locked to 27 degrees. Also been working on syncing the itb's as best I can with a synchrometer. The resulting airflow ended up at (6) (5) (5.5) (5.5) at 1000 rpm idle.

Over the next few days I'm going to drain the fuel tank to replace it with fresh fuel since the fuel thats in it has been sitting since may last year.

Have you had this at your tuner yet? just wondering what sort of figures its making

Hi Chris, no I havnt yet but its not far off. I'm trying to not rush it and make sure that the car really is ready. Working thru my pre dyno checklist. Spend tonight draining 55 liters of old fuel from the tank and putting it into the wifes car, it got filled up and i still had 25 liters left so I had to call a friend to come over with his car so I could get rid of the rest.