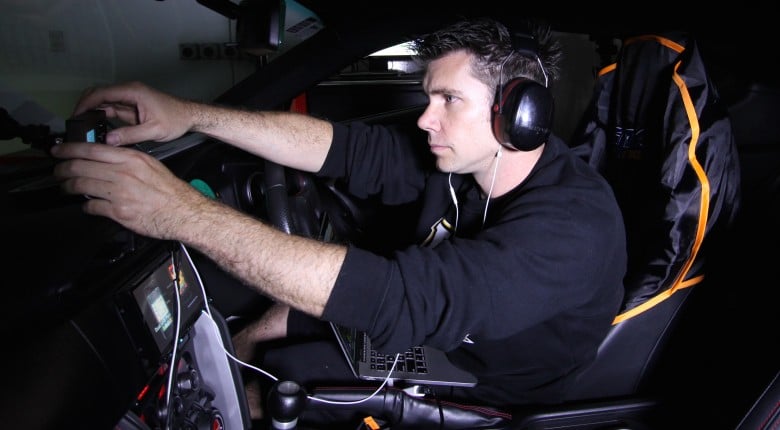 Without a doubt, knock is easily the biggest killer of any performance engine yet it’s still largely ignored or misunderstood by a large percentage of tuners. I’ve been a strong advocate for using quality audio knock detection on any tuning project for as long as Ive been tuning, but there are a number of tuners who disagree, stating that all you need to tune the engine safely is a load bearing dyno with an accurate and sensitive torque reading. It would be great if this was the case, as fitting a knock sensor to an engine prior to tuning can be fiddly and time consuming, particularly with a cramped modern engine bay. Let’s investigate the situation a little deeper, but before we do that we need to revisit what knock is and what we are trying to do when we are optimising the ignition advance. We'll start with the ignition advance:

We are talking here about spark ignition engines, where, as it’s name implies, the combustion event is initiated by a spark. The ignition advance describes the number of degrees of crankshaft rotation relative to top dead centre (TDC) on the compression stroke that the spark event occurs. While typically the ignition event occurs before TDC (BTDC), in some situations we may still have the spark event occur after TDC (ATDC). The point of this is that we want to time the spark event so that we are achieving maximum cylinder pressure at the correct point in the engine cycle in order to create maximum torque at the crankshaft. This point is known as Minimum timing for Best Torque (MBT) - Also sometimes referred to as Maximum Brake Torque timing.

Most people unfamiliar with the operation of an engine assume that when the spark occurs, the fuel and air in the cylinder simply explodes, kind of like a stick of dynamite. In reality the combustion event is a relatively slow and smooth process where a flame front propagates out from the spark plug, combusting the unburnt fuel and air ahead of it as it moves through the combustion chamber. Under normal combustion conditions the flame front may move at anywhere from 0.5 to 80 metres per second depending on the engine design, fuel type, air fuel ratio and engine speed. The result is a relatively smooth and gradual rise in pressure inside the cylinder. We are aiming to start the spark event so that the peak cylinder pressure is achieved approximately 16 degrees ATDC, where we can achieve maximum mechanical leverage on the crankshaft, and hence maximum torque. This is the aim of adjusting the ignition advance. In some cases though we will encounter knock before we reach MBT and in this situation we refer to the engine being ‘knock limited’.

Knock, or detonation as it’s also known, as is an abnormal combustion condition that occurs after the spark has initiated combustion. As the flame front moves through the combustion chamber, the heat and pressure inside the combustion chamber will rise. In some instances this increase in heat and pressure can be enough to cause pockets of end gas (unburnt fuel and air) to auto-ignite or spontaneously combust. When this occurs, the result is an explosion  rather than controlled combustion - Unlike normal combustion, detonation is like a stick of dynamite exploding. The flame front speed resulting from knock is supersonic and can travel in excess of 1000 m/s which results in a dramatic and sharp rise in cylinder pressure. These sharp spikes in pressure result in the ‘pinging’ noise you can audibly hear. This is the result of the structure of the engine resonating in response to the pressure spike, much like you would hear if you hit the engine with a hammer.

Now we have covered the basics, let’s discuss the belief that knock detection isn’t necessary. Remember that it’s the pressure in the cylinder that is being used to create torque at the crankshaft. The point where the pressure peak is reached is the key aspect. If the pressure peaks too early, this is counter productive - The pressure in the cylinder is fighting the piston as it is still moving up the bore. This is the basis of the theory that knock can be detected solely from the engine’s torque output. When knock occurs, the sharp and instant peaks in cylinder pressure are counter productive and hence the overall torque output of the engine will drop, much like if we simply over advanced the ignition timing in an engine that was not knock limited.

This theory is sound to some degree and in some engines the engine torque will drop at the onset of detonation. In my own experience though, this is the minority of cases. In the majority of the time as we advance the ignition timing in an engine that is knock limited, we will still see the torque continue to climb even though the engine is detonating. Let’s examine why:

There are two reasons behind this - The first is that usually we will find that one cylinder will begin to knock before the others. This can be down to manufacturing tolerances, air/fuel distribution or heat distribution in the engine. In this case we may find the torque drops off on the one cylinder that is knocking, however the other cylinders may still show an increase in torque output. The net effect here is an overall torque increase despite one cylinder knocking, so we will see the indicated torque on the dyno increase.

The other reason why this technique is flawed is that an engine that is heavily knock limited (such as many production turbocharged engines running on pump fuel), will end up with ignition timing that is significantly retarded from the ideal point. This results in the peak cylinder pressure occurring much later than we want, as well as the peak cylinder pressure also being significantly lower than what we would see if the timing could be optimised to MBT. In this situation, if the pressure spikes caused by detonation occur at the right point in the engine cycle, they can actually show an improvement in engine torque rather than a decrease.

Over the years I have experienced a number of situations where an engine has shown a healthy increase in indicated torque on the dyno while simultaneously encountering detonation that was both audible through my knock detection equipment, as well as visible through the ECU’s digital knock detection system. If you want to make sure that your tuning is going to be both safe and reliable, relying solely on the torque reading from your dyno is not going to cut it. If you are serious about tuning and keeping engines in one piece, investing in a quality knock detection system is vital.

You wouldn’t attempt to tune an engine without a wideband air fuel ratio meter, so why try to tune without a way of accurately detecting knock?

To learn more about tuning take a look at our FREE course here.