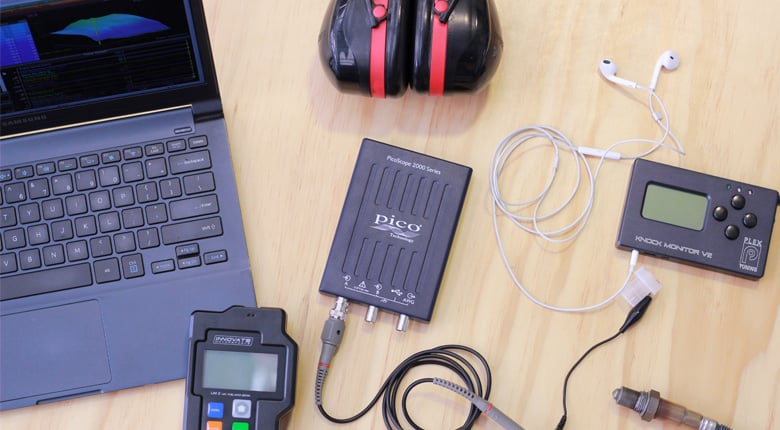 So, you're new to tuning and wondering ‘What equipment do I need to tune an engine?’. It’s a pretty straightforward question, and since engine tuning is a specialised job, there are a few tools that you are going to need to help you do your job correctly. Some of these tools are what I’d consider to be essential items that you just can’t get by without, while others such as an oscilloscope will only get used occasionally and might not be part of your initial tool purchase. Let’s look at what you are going to need: 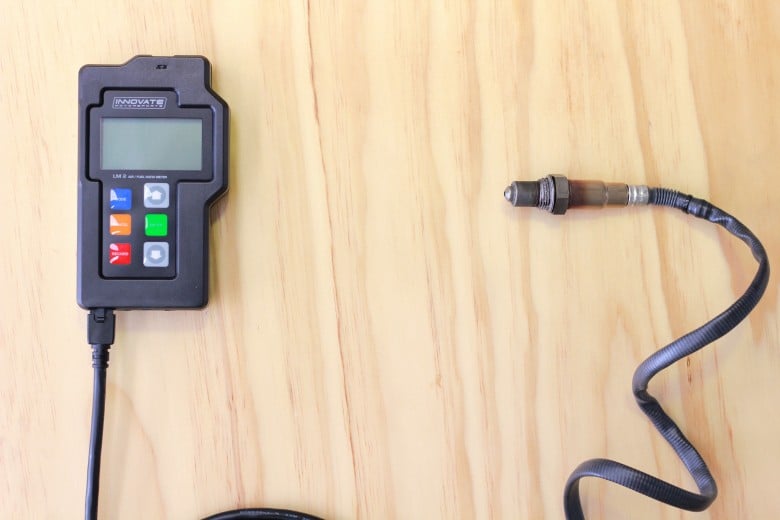 We’ll start with one of the tools you just can’t get by without - A wideband air fuel ratio meter. When it comes to engine tuning, one of the most critical jobs is making sure the engine is supplied with the correct amount of fuel to match the inlet mass airflow, and in order to know how we’re doing we use a wideband air fuel ratio meter. When I first started tuning, wideband meters were seriously expensive and your options were very limited. These days we now have a range of high quality wide band meters available from several manufacturers and they are very reasonably priced.

Your options for a wideband meter can be broadly broken down into two groups - Permanent install or portable. Your best option will depend what you’re going to be using ti for - For example if you’re just interested in tuning your own car, then I’d recommend a permanently installed wideband controller that can send AFR data to your ECU for logging purposes, while displaying the AFR data visually via a gauge. If you’re expecting to be tuning multiple cars then the best option for you would be a portable wideband meter that can be easily moved from car to car. These meters can normally be attached to the inside of the windscreen with a suction cup, and powered via the cigarette lighter socket for ultimate convenience.

It’s difficult (not to mention potentially dangerous) to focus all your attention on the display of a wideband meter while driving so regardless whether you’re using a portable system or a permanently installed controller, it’s worth going to the trouble to hook the wideband up to your ECU or dash so that you can log the AFR data. This lets you safely analyse the AFR data on the side of the road or track and also allows more precise adjustments to be made to the exact area your fuel map was rich or lean. 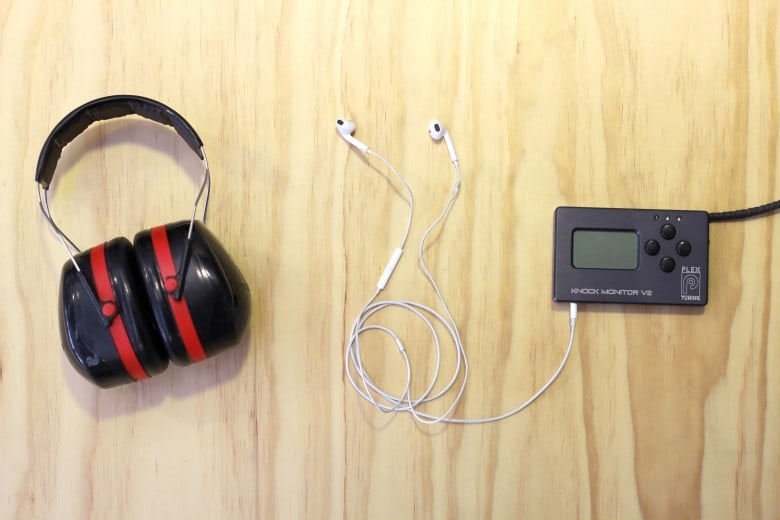 The other key task we’re performing as tuners is to calibrate the ignition timing or ignition advance angle. When we’re optimising the ignition timing, particularly if we’re tuning a turbocharged engine that’s running on low octane pump gas, then we’re very likely to find that the engine begins to suffer from knock. Knock is incredibly destructive and we need to ensure that the engine isn’t suffering from knock while tuning so I’m a strong advocate of using audio knock detection equipment any time we have an engine on the dyno.

Audio knock detection systems use a normal donut style knock sensor bolted to the engine block, and process the output from the sensor with a digital signal processor. This allows the system to focus on the frequency knock occurs at and this helps reduce the influence of background engine noise. We then listen to the output of the knock detection system using normal headphones so we can audibly hear what is happening inside the engine. When knock occurs we can normally hear this clearly and distinctly through the headset.

There are many professional tuners in the industry who believe that knock detection is unnecessary because if we are tuning the engine on a load bearing dyno, we will see the torque drop off at the onset of knock. While it’s true that the engine torque drops when the engine is knocking, typically we’ll find that an engine begins knocking on just one of two cylinders first, while the other cylinders may continue to show a net torque improvement despite localised knock. I’ve had this situation numerous times where an engine has shown a healthy increase in engine torque as I’ve advanced the ignition timing, despite audibly knocking quite aggressively - Scary stuff if you can’t hear what’s happening!

Here's a pro tip - Most of the audio knock detection systems recommend or supply at additional cost, an expensive noise cancelling aviation headset. I’ve tried just about every option and have found that I get the best results with a pair of quality iPhone ear buds and a pair of 3M/Peltor Grade 5+ ear muffs over the top.

Another cheap tool that a tuner really can’t live without is a timing light. This is particularly critical when you’re setting up an aftermarket ECU for the first time as we need to calibrate or set the base ignition timing so that the number we see on in the ignition table matches what the engine is actually receiving.

A timing light uses an inductive clamp that fits around an ignition lead, and they produce a flash when a spark occurs. By pointing the timing light at the timing marks on the crank pulley, we will be able to see what the actual ignition timing is. While you can buy expensive digital timing lights that include a dial back function, these aren’t strictly necessary and in some cases can actually be misleading if you don’t understand how they work and their limitations. I recommend saving your money and buying a cheap basic timing light which you should be able to find for around $50 USD.

Most modern engines now rely on direct fire ignition systems with a single ignition coil per cylinder and no actual ignition lead. A pro tip in these situations is to remove the coil from number 1 cylinder and temporarily run an ignition lead from the coil to the spark plug. You can now clip your timing light onto this lead and be assured of accurate ignition timing information. 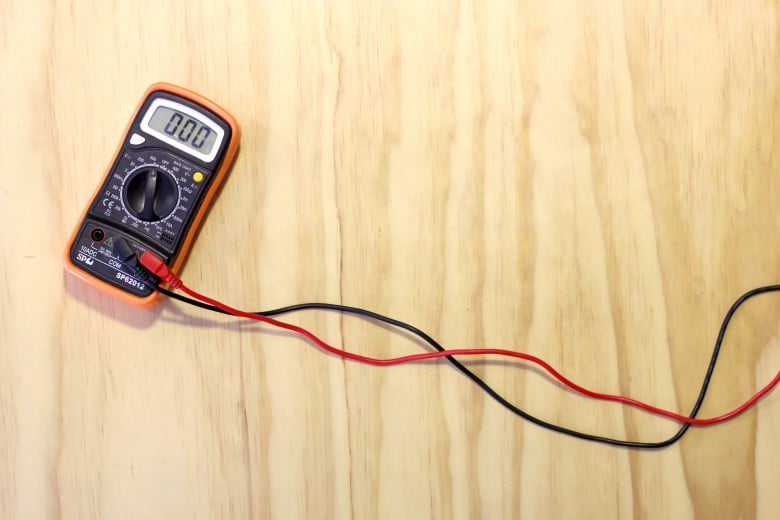 Now we will move on to some of the more basic tools that are often overlooked yet are hard to live without. One of the most frequently used tools in my tuners tool box is my multi meter or digital voltmeter. It would be nice to think that tuning simply requires sitting comfortably in the driver's seat with the laptop, however experience shows that you’re frequently going to strike some kind of trouble while tuning, and when this happens we need to fault find and diagnose the issues - A digital voltmeter is a quick and easy way of measuring voltage and resistance in circuits as well as testing for continuity in a wiring harness.

Digital voltmeters vary dramatically in price but for our purposes we don’t need anything particularly elaborate so we can get by with a cheap entry level unit that can be purchased for around $50 USD or less. If possible I’d suggest looking for a model that has an auto power off feature or you’ll always find you have a flat battery when you come to use the voltmeter! 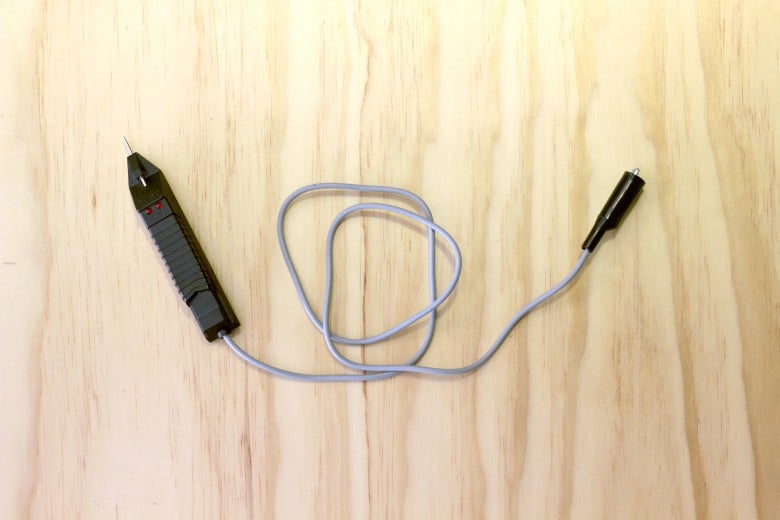 Next we have an LED test light. These are a quick and easy way of checking for voltage in a circuit. They are simpler and faster to use than a digital voltmeter, but they can’t give you the same amount of information. For example, the LED test light will show you that a circuit has voltage, but it won’t show you how much voltage is present.

One of the best uses of a led test light is for checking pulse width modulated outputs such as ignition and injector drives. By connecting the LED test light across the terminals of an injector plug, the LED will flash every time the ECU pulses the injector. This is a quick and easy way to prove that the ECU is operating the output. When you are checking a pulse width modulated output like this, the LED test light will only be useful at low frequencies. If the frequency is over about 30 Hertz, you won’t be able to see the LED flash.

Led test lights can be purchased for around $20 USD or less and I consider them to be another essential item. 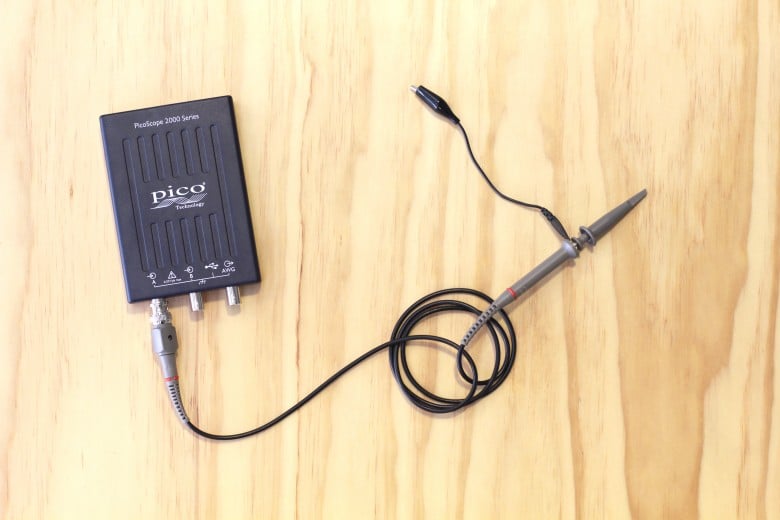 When we’re dealing with an ECU, many of the signals will be waveforms where the voltage varies in relation to time. These sort of signals can’t be analysed properly using a simple digital voltmeter  and to be able to visualise the waveform we need to use an oscilloscope - Oscilloscopes can show us how a signal or waveform is changing over time. Most oscilloscopes will also allow two or more signals to be viewed and overlaid simultaneously and this is the perfect way to fault find triggering problems

An oscilloscope is one of those tools that you don’t use all the time, but when you need it, nothing else can do the job. Oscilloscopes used to be a moderately expensive tool, however with PC-based oscilloscopes such as those sold by Picoscope they are now much more affordable and can save you hours of fault finding. If you want to take EFI tuning seriously then you will need one of these. 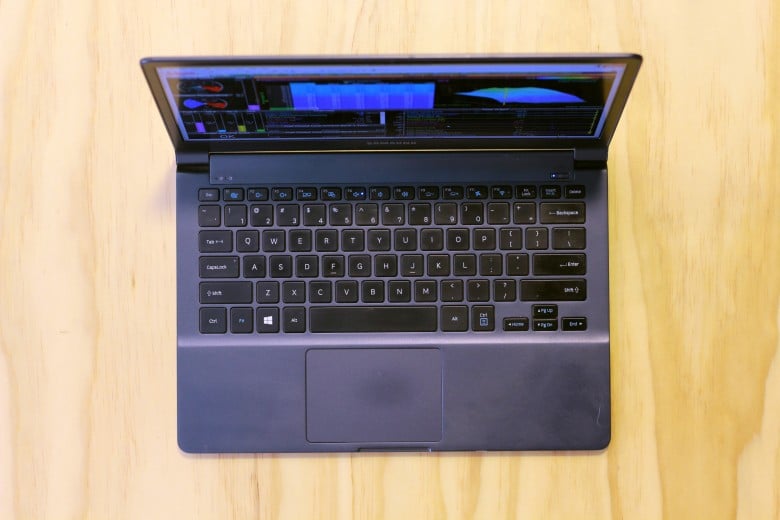 Since we need to tune on the road, we are going to need a laptop computer to actually run the software and talk to the ECU. Just about any laptop will do this job and you definitely don’t need the latest or most powerful processor. In fact tuning is pretty hard on laptops and I find they only have a lifespan of a couple of years. It makes sense then to buy a cheaper laptop that you aren’t going to be too worried about if it breaks. I do recommend buying a laptop with a solid state hard drive though as these are much less likely to suffer failure due to vibration and I’ve lost many gigabytes of data when I’ve had a conventional hard drive fail. Often the cheaper laptops won’t offer a solid state hard drive as an option but you can usually purchase generic SSD drives and upgrade at a later point.

I also recommend that you purchase one with at least 2 or more USB ports as you will need these for connecting with both your vehicle and tuning accessories.

If you are tuning some older ECUs, there can be compatibility problems when running on the latest version of windows. Check with your ECU manufacturer before buying a laptop to make sure the system requirements are going to match your needs.You’ll also

So that wraps up the main tools you are likely to use. While there are a limitless number of additional tools that can be handy to have, these are the ones that are critical to doing the job right.