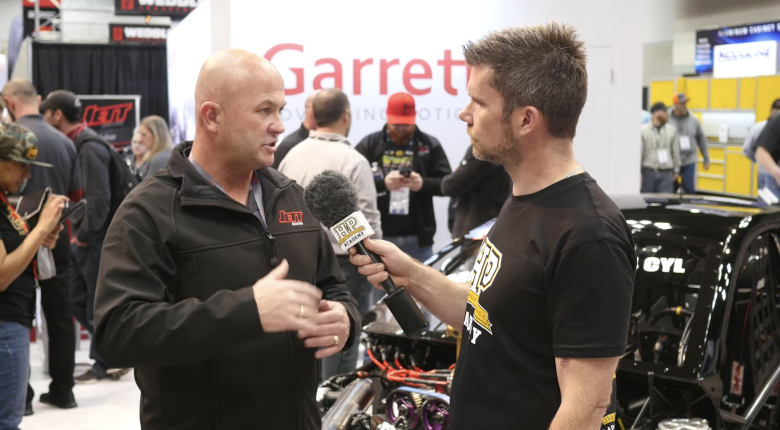 This is what the worlds quickest compound turbocharged 4 cylinder drag car looks like.

Jett Racing recently reset the world record with a 6.20 at 229 mph with their 2200HP, 110 PSI compound turbocharged 4g63 monster. Collin Willshire gives Andre a huge amount of detail on the Garrett GT4240 primary and GTX55 secondary turbo setup and the advantages it gives over their previous single turbo setup. Also discussed are compressor maps/turbo efficiency and heat issues along with how the new compound setup is only operating at around 80,000 RPM at 110 PSI compared to the previous system that saw the system that hit 120,000 and much higher heat levels,

With a Bullet Race Engineering billet block, in house produced billet cylinder head, pistons and rods, HKS camshafts and a MoTeC M150 ECU is all built and tuned to safely withstand the abuse and Collin drops some interesting points on the interchangeability of the aftermarket heads and block with factory variants.

Collin also gives us some details on the monster methanol fueling setup which includes a Kinsler mechanical pump and 2750cc Siemens Deka injectors, which there are 5 of…..for each cylinder!

Want to learn how to tune EFI? Start here instantly, and for free 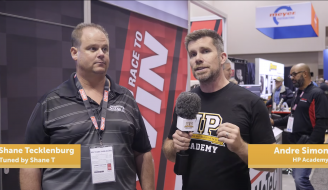 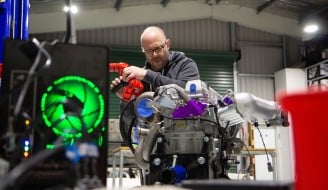