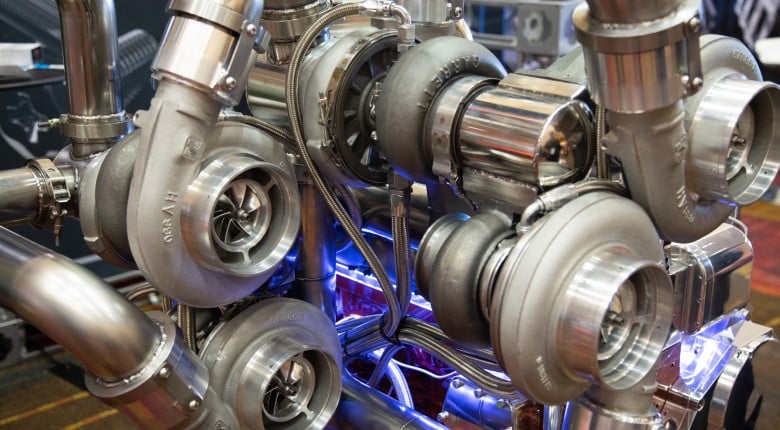 When you want to produce 2000HP from a turbocharged 4 cylinder engine it is logical that you’re going to lean heavily on your turbo setup. Shane Tecklenburg, the Mazworkz Racing Engines and Tekno Toyz team reached this goal with their MoTeC controlled 88mm turbo setup some time ago, but when reaching for 3000HP it was evident a single was not going to cut it.


Shane and Andre explain some of the cooling and packaging issues around large single turbo setups before explaining how the current 380 PSI capable compound system consisting of 2 large turbo which technically due to pressure ratios operate at around 30 PSI a piece are feeding one smaller turbo which enables them to push past those 2000HP limits to reach higher power outputs.

Also discussed are the advantages and disadvantages of intercooling while running methanol fuel and the decision process around it. Also touched on is how you control boost in a compound turbo setup and the parameters that must be considered to ensure the boost is kept at the levels you require.
Lastly, Shane shares his goal of hitting 5 seconds with this 4 cylinder SR20 based engine in the race with Jett Racing to be the first to do so.

“The more knowledge you gain, the more questions you have.” - Shane T