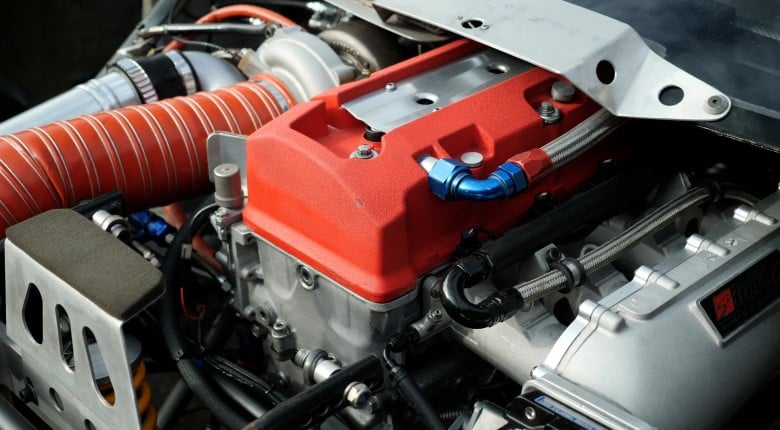 Converting a FWD Honda to a RWD platform is not easy task, but it does come with some solid benefits as we will discuss looking at this F20c powered space framed Honda Prelude [TECH TOUR].

With an Ethanol fed, 24-26 PSI boosted, 9,000 RPM 750hp Dandy Engines F20c boasting Eagle Rods, factory crank and camshafts (because they're that good), aftermarket pistons, SuperTech valves and a new Garrett G35-900, this Fastr sponsored RWD converted Honda Prelude is no slouch in its regular appearances in the ACL Race Series.

Professional driver Brett Dickie took a few moments while at the World Time Attack Challenge to discuss his build (with the help of his skilled father) discussing the some of the advantages the rear wheel drive (RWD) conversion gives a driver behind the wheel along with his thoughts in passing on EMtrons torque management system.

As you might have guessed, the car runs an ProWire Performance Wiring fitted EMtron KV8 ECU along with a MoTeC CDL dash for some extra logging bandwidth and driver display duties which Brett felt was the best combination he could get for performance and his requirements without blowing out the budget too far.

We caught up with Brett just before his first run with the new Garrett G35-900 turbocharger which is replacing a 3076 and we look forward to getting his thoughts on a comparison next time we chat along with some of the data this system can and will provide him with as he and his team gets it all dialed in with the help of a Turbosmart E-Gate (electronic wastegate), DBW blow off valve, MAP sensors pre and post the throttle body and an exhaust pressure sensor.

With no bolt-on solution available, the dry sump setup is a mix of BDG dry sump components and a custom sump, with Brett sharing some thoughts on what he has learnt and would do differently second time around.

Tucked behind the F series engine is a 6 speed TTi GTO sequential gearbox and Motorsport Services strain gauge lever which feeds a GJ Drivelines driveshaft and R200 LSD diff center nicked from a Nissan Skylines rear end. The Nissan parts list also includes the uprights, with 300ZX ones used to help try and reign in custom work and give more bolt in part options, and of course being something that physically worked with the package.

Also touched on are some of the boost control strategies employed, but Brett is pretty straight up that his knowledge is more focused on being behind the wheel than behind the laptop, and with 20+ years of it his no doubt his feedback goes a long way to help dial things in for race day.

🏎 Want to learn how to EFI tune? Start with some free lessons right here. 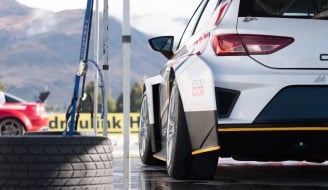 Lap Times Are Useless Without This Data

If you are racing in competitive motorsport and want to win, you are going to... 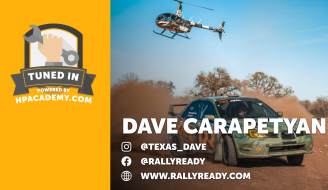