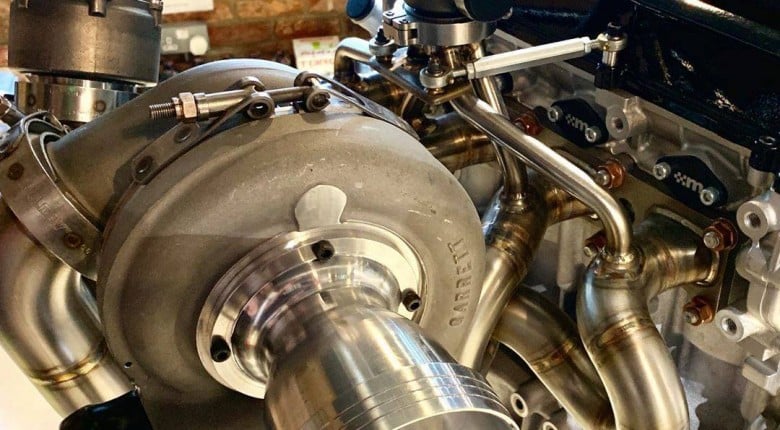 Turbocharging is a great solution if you want to make more power, but it does have some drawbacks when it comes to turbo lag and maintaining boost for instance response however in the case of World RX cars Mountune is one the case.

Antilag has been in common use for rally and rallycross for decades in order to improve boost response. Antilag works by bypassing air and fuel through the combustion chamber and igniting it very late in the combustion cycle so that it continues to burn in the exhaust manifold. This provides energy to the turbocharger to keep it spooled up so that when the driver gets back on the throttle there is instant boost available.

Normally this is achieved by opening the throttle plate or bypassing air around the throttle plate. This works well to a point and is pretty easy since it doesn’t require a lot of hardware to make it work. The problem is that if you want to increase the effect of the antilag you need to open the throttle more to bypass more air through the engine. Since the fuel and air is still combusting inside the engine, this creates engine torque just when the driver doesn’t want it - when they’re off the throttle. This can create unwanted ‘push’ which makes the car harder to drive.

The alternative, as used here on Mountune’s Ford world rallycross engine is to use a fresh air valve to bypass compressed air directly into the exhaust manifold. This means a large throttle opening isn’t required and instead the ECU can simply inject additional fuel which then mixes with the fresh air in the exhaust manifold and combusts. This can result in the turbo producing as much as 3 bar of pressure before the closed throttle, ready to provide an instant response when the throttle is opened again