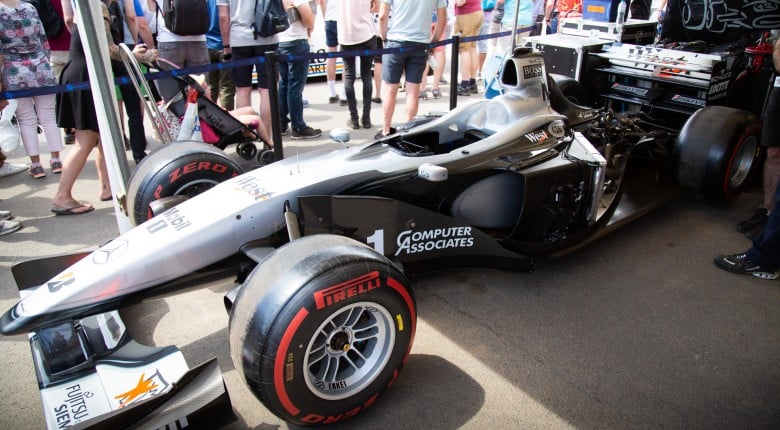 It’s not every day that you will have the chance to get some technical insight into Formula 1 and find out some the secrets that make them go so fast, even when the car in question is well into its retirement years. Luckily while we were at Goodwood Festival of Speed, we had the chance to talk to former McLaren engineer Tim White from Garage 59 to bring you the insider’s knowledge on what made the 2000 Mercedes-McLaren MP4-15 so fast. 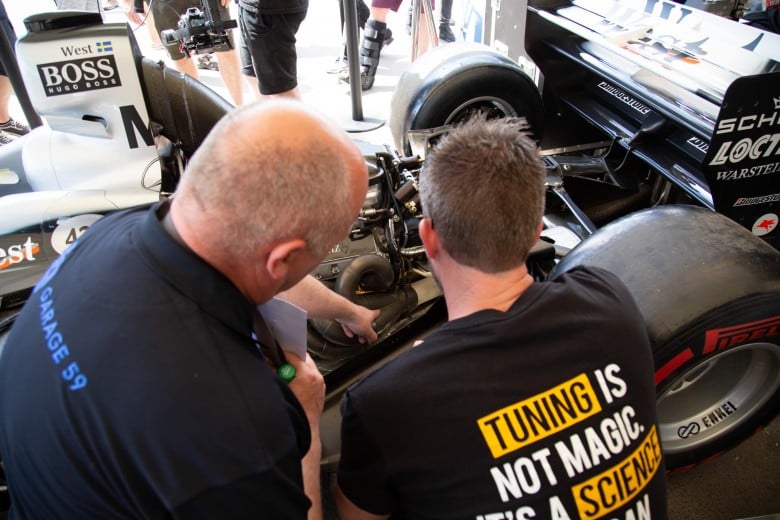 First, the engine. This McLaren ran a FO110J V10, which is a Mercedes-Benz 3 litre V10 which in its heyday would have been made around 900 horsepower, a figure you'd generally associate with forced induction given the capacity of the engine. The engine needs to make torque at very high RPM to make this kind of horsepower so the 18520 RPM, while impressive in it's own right, is there for function and is certainly nothing to sneeze at. In order to make torque in these RPM ranges, of course, you’re going to need airflow. 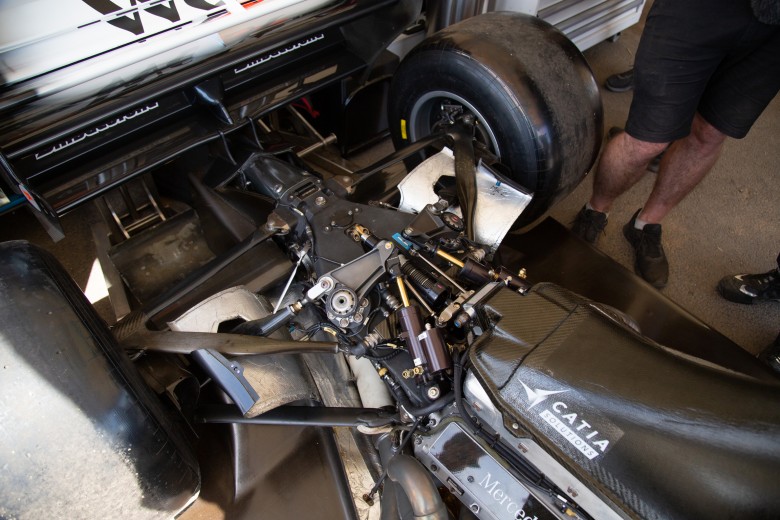 The MP4-15 runs a pneumatically controlled system which enables pressure to be variable versus RPM. This allows low pressure to be run at a low RPM. Now when we say low, remember we are talking about a Formula 1 car here so low in this sense is around 9000, 10000 RPM. This pneumatic system meant that a much lighter weight valve gear could be run as there was no need to protect against forces that would be seen with a heavy spring. As the RPM rose, the spring pressure could be increased by increasing the pneumatic pressure and equally, as the RPM dropped, the pressure could be bled off. What enabled this was an onboard compressor along with two valves. By controlling the two valves the compressed airflow into and out of the valve train in the cylinder head could maintain a targeted pressure

You may be thinking, why were pneumatic valve springs needed and what was wrong with the conventional steel wound spring option? Well, there are limits for these in an F1 engine and integrity is an issue. When you’re controlling the weight of the valve train with a spring, there’s a lot of weight involved when compared to pneumatic valve springs have practically no moving weight on the valve train plus the retainers are incredibly lightweight with low friction. As you can imagine, frictional levels skyrocket when you’re dealing with a Formula One engine so anything you can do to reduce the friction can only benefit you. 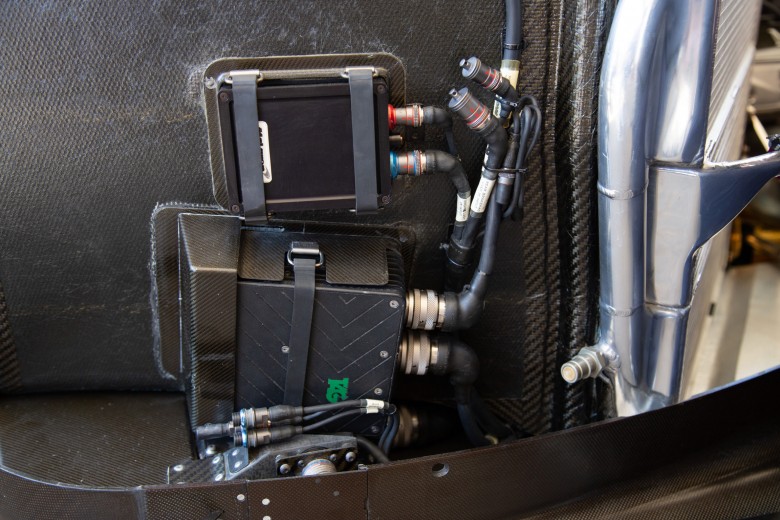 With an engine that runs to 18520 RPM and produces 900HP and an in-house seven-speed semi-automatic transmission, it would be fair to assume that the driver can only use a narrow rev range. Interestingly, this isn’t always the case. At a dynamic circuit like Monaco in the hairpins the driver would get down to 3800 RPM in first gear, then out of the tunnel full throttle is requested to hit 18520 RPM in practically a split second. With a peaky naturally aspirated engine like this, an equally peaky torque curve is produced which can be problematic if you’re needing to access the 15200, 15000 part of that rev range so to help with fill those troughs in an active variable length inlet trumpet was used. When on the dyno, bigger numbers could be produced by having a trumpet map that went short, long, short, long and then short again for high speed however on the track drivers were unsettled by this so the system was never used to its full potential in anger. The trumpet lengths are controlled using a 200 bar hydraulic circuit which is in turn controlled with a Moog valve which is a high-speed electromechanical valve that can handle near nonexistent current and act with lightning speed.

More commonly these days with road cars as well as in professional motorsport, drive by wire electronic throttle control is used but as with a lot of things on F1 cars, the decision comes down to weight and as the hydraulic system is already in use to control the trumpets, why not use it for the throttle as well? It should also be noted that the electronic throttle technology was still being developed back in 2000, but we're sure if it was in action at this level at the time that development would have happened much faster. 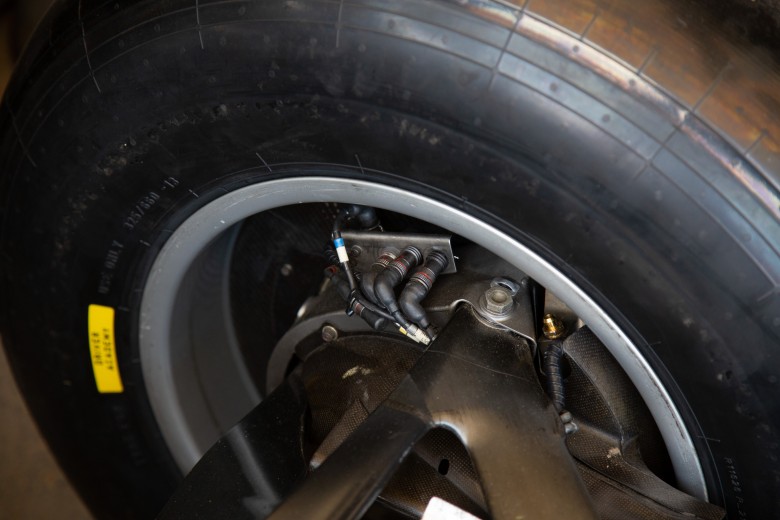 Carrying on with the hydraulic and weight optimization theme it should be no surprise this is also utilized for the transmission. A legal requirement for the period in which this car was raced was that everything had to be commanded by the driver so the MP4-15 has a paddle shift which for all intents and purposes is just a switch that gives the command to the ECU to activate a shift sequence. Essentially it's just a dog engagement seven-speed gearbox and nothing special as far as those go.

One more hydraulically controlled system is the clutch which is also controlled via 2 paddles behind the steering wheel rather than a pedal on the floor. On an Formula 1 car, the clutch is only used for pulling away at the start of the race, however that launch and run to the first corner is one of the most important moments of the race, so getting it right is critical. What the driver would do is move one of the paddles to the bite point which is around 50% of the travel, then the other paddle would be pulled to full travel with the clutch engaged, enabling 1st gear to be selected. The second the lights go out, the paddle pulled to full travel will be dropped and the control system then looks for the highest clutch input which is now the one sitting on the bite point saving crucial milliseconds as they all count at this level of motorsport. 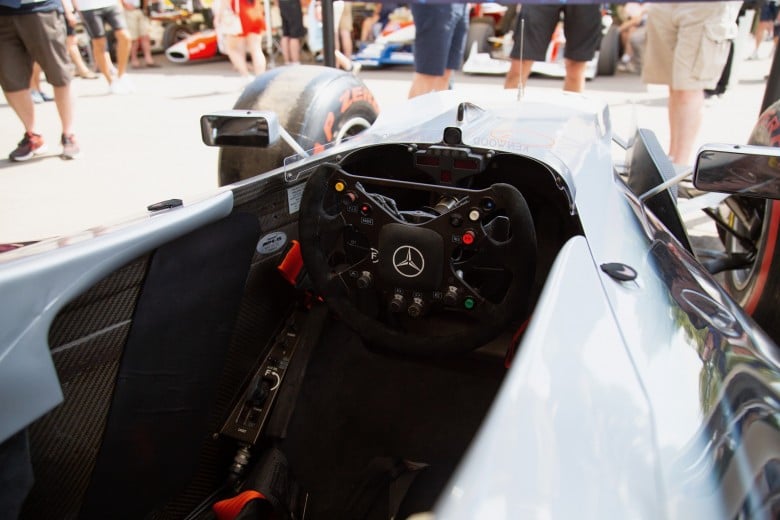 That was just a handful of some of the ways Formula 1 uses technology to be as fast as possible within class rules and while we may never be able to get an insider’s knowledge about ultra-current F1 technology, it is always interesting to be able to see the older technology that was developed and then built on to get them where they are today. 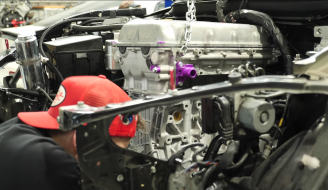 Our 3UZ-FE V8 build has hit a hurdle, so we're throwing 4 cylinders in the... 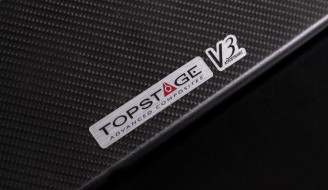 Aero calculations, staged injection and more! This is Andres update that came right before webinar...