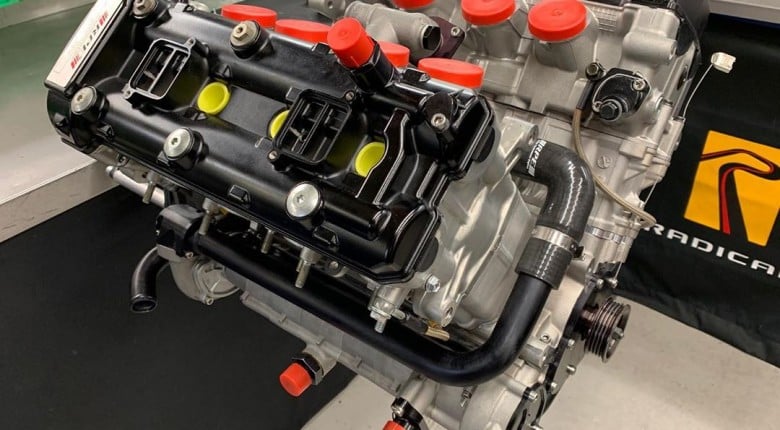 When it comes to producing large amounts of horsepower from a compact naturally aspirated engine, it’s hard to beat the work done by motorcycle engine manufacturers so when it came time to build an engine for a Radical Sportscar, starting with a motorcycle engine base was an obvious choice. Today we're going to talk about about what goes into Radical Sportscars’ RPE RP-V8 build.

The Suzuki Hayabusa GSX-R engine starts as at 1340cc four-cylinder was the base engine for early Radical Sportscars and even in stock form, it can produce around 200 horsepower. To produce more power though, upon Radical customer requests, more displacement was an obvious starting point and the solution was a V8 Hayabusa based engine. Suzuki doesn’t make these which necessitated Radical Performance Engines (RPE) to put a lot of work into developing just that, with everything from the crankcase down being replaced. 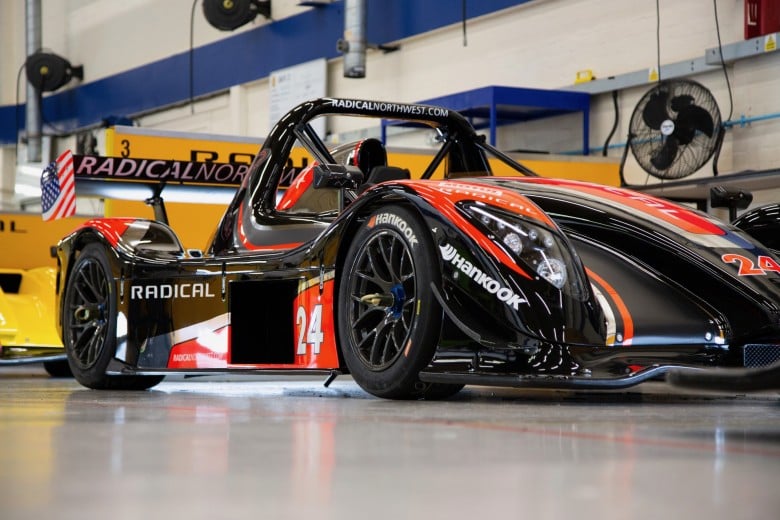 RPE’s base engine is a 2.7 litre revving up to 10500 RPM producing 400 horsepower standard with a tuned variant available to take you up to 440 horsepower. If you want a little more excitement then you can go from the 2.7L 81 mm (3.19 in) bore 65 mm (2.56 in) stroke out to their 500 horsepower 3.2L 84 mm (3.31 in) bore to 71.5 mm (2.81 in) stoked variant. As with any stroker crankshaft, you need to be mindful of the rod to stroke ratio. As you increase the stroke, the conrod will need to be shorter to maintain the same piston deck clearance however shorter rods produced thrust loading so instead of going down that path, RPE has simply installed a spacer plate under the barrel.

Speaking of barrels, RPE has chosen to replace the factory cast Hayabusa option with a billet aluminium part to increase the strength as by boring out the cast part to 84 millimetres, you lose the wall thickness and introduce the risk of cracking. This means Nikasil coated rings are also required, but easily sourced. 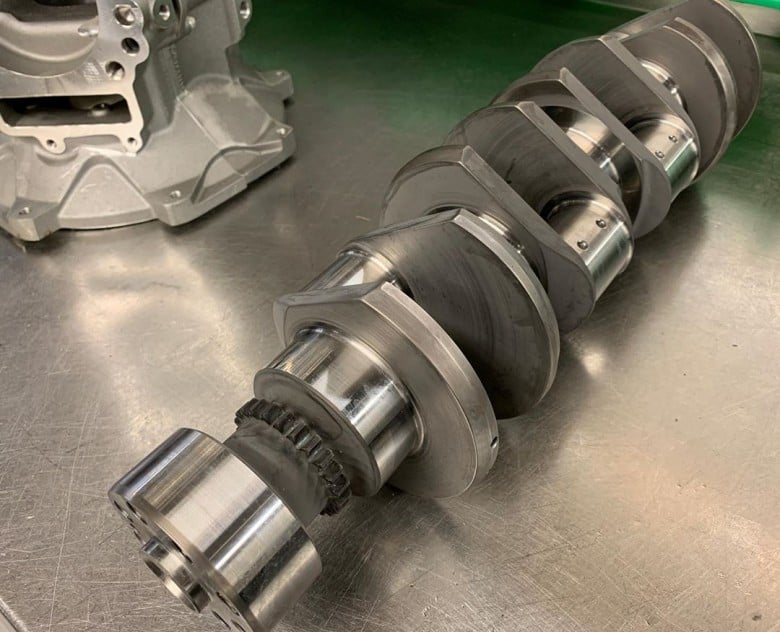 When you are taking two Hayabusa cylinder heads, two sets of barrels and bolting them together to turn it into a V8, considerations need to be made when it comes to developing a crankcase. For this, RPE has made their own steel cast macroblock, taking into consideration windage and positioning of the oil pumps plus many other factors. The crankcase was also made to incorporate the dry sump pump and water pump to keep the engine as compact as possible and reduce parasitic drag. When it came to the choice between going with a cast or billet block, cast was chosen initially as a cost-driven decision (billet wasn’t so accessible 15 years ago when this engine was being designed) however with over 500 units being produced to date casting would have been eventually used anyway with billet machining becoming redundant for runs of more than 10-15 units even by today's standards. On top of that casting offers some advantages when it comes to the built-in dry sump and oil pump systems.

Conventionally with a V8 there is a 90 degree angle between the two banks of cylinders, but in order to have the RP-V8 as compact as possible, RPE have gone with a 72 degree V. This brings the two cylinder heads closer together so the exhaust manifolds aren’t so spread out it also gives some firing order issues. With a normal V8 you have one piston reaching top dead centre every 90 degrees of rotation so you have an even torque distribution, but in the odd fire 72 degree V8, that isn’t the case. This can cause problems with harmonics which in most cars would be balanced out with a harmonic dampener fitted to the front of the crankshaft, but with the goal of being as compact as possible the usage of one of these was ruled out. 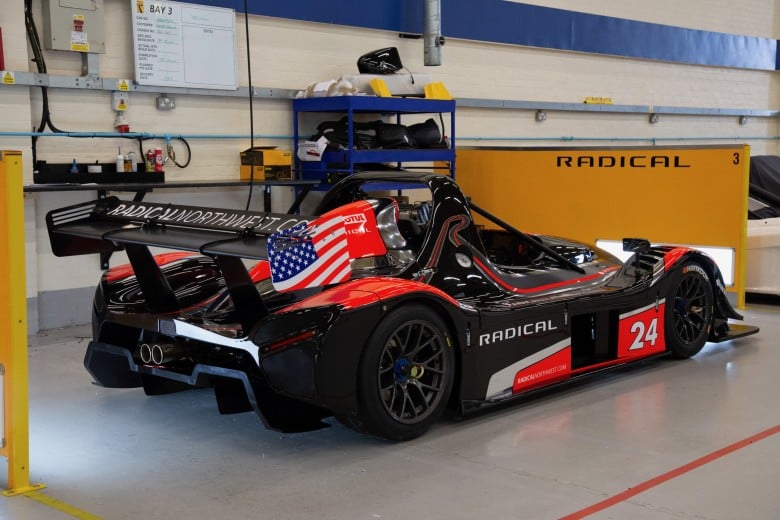 That doesn't mean harmonic issues were not solved though, and to overcome potential damage high-quality components were specifically designed and the counterweight of the crankshaft is set so that the harmonic frequencies occur outside of the normal usable rev range. The small pin harmonic frequencies are at 6,000RPM, well below the operating range so you drive straight past them and the big pin frequencies are above the operating RPM so you avoid them completely. To be safe, those high-quality components we mentioned are made to withstand 6,000 RPM harmonics should they occur during 'steady-state' operation.

Cross-plane crankshafts are common in many V8's where the throws are at angles to each other, however such a crank would not fit into this package and instead a flat-plane crankshaft where the throws are 180 degrees opposed is used which dramatically reduces the rotational mass and enables a lighter crankshaft to be fitted. The downside to this is that as the webbing is quite thin meaning it is not possible to install a counterweight to balance out the engine and as such the balance isn’t perfect, although it is within the realms of being acceptable with RPE devoting a lot of time and consideration to the conrod and piston design to make sure they are as light as possible to make sure this flaw is not compounded on in any way. 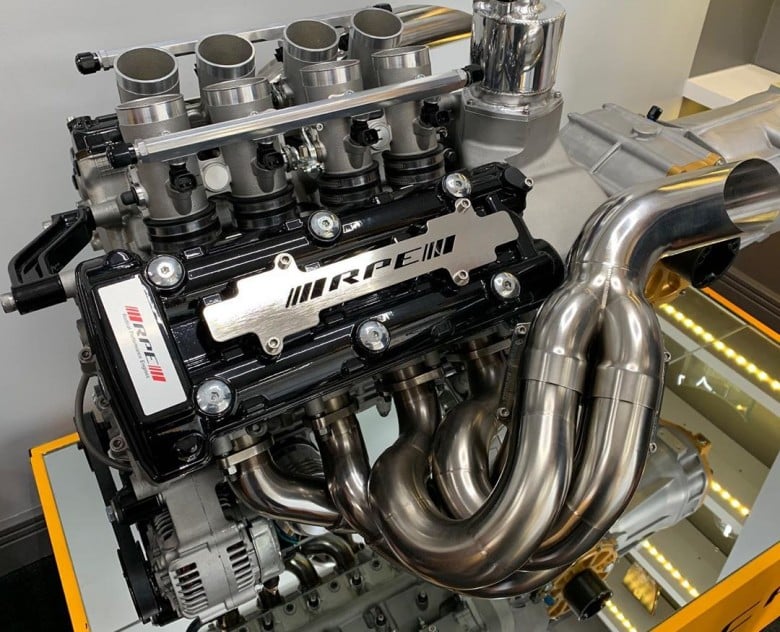 One point that really impressed us about these engines is that Radical offer a 40-hour warranty. That equates to about 3000 to 4000 kilometres of hard racing and even at that point when the engines come back, provided they have been well-maintained oil and filter wise, they only require bearings and rings. This is very basic maintenance for that level of mileage with a high revving V8 engine producing 400+ HP power and this kind of warranty is not something that is usually found with a track and race-focused engine.

With all things considered, it really is no surprise that these little powerplants are popular in many circuit racing and hill climb applications with many records being held now and in the past, including the fastest lap of a road legal car around the Nurburgring, although road legal is a loose term and not a major design goal for something with bones this performance-focused. 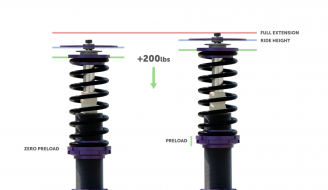 What Spring Rate Do I Need? | Suspension Setup

How to choose spring rates. 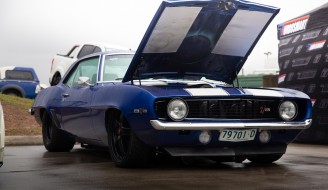 Achieving perfect cold start performance is one of those aspects that makes the difference between...