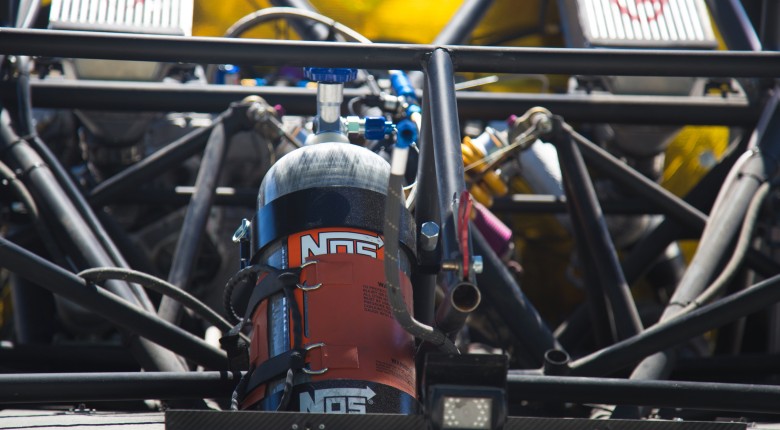 Despite the smaller size of the twin Garrett GT30 based turbos the car runs, turbo lag was a prevalent at Pikes Peak in the slow speed sections of the run due to the ‘extreme’ altitude. To combat this we've installed a NOS Cheater system which is controlled by both the MoTeC ECU and C125 dash.

The MoTeC C125 dash monitors both manifold and boost pressures and triggers a dry injection of nitrous once the car has over 90% throttle and at least 3500 RPMS. Using nitrous like this increases the exhaust flow which helps spool the turbos faster and in order to make sure the bottle lasts the entire run, the nitrous is then cut off again once a desired boost pressure is reached.

With our location being 2500m lower than the start line, and 4000m lower than the finish we can’t test what the exact difference in power will be beforehand, but we’ll be sure to go through the data logs and post the results later in the year.

Want to learn how to tune something like this? Take the first step by coming along to our next FREE live dyno lesson