This is a customer/friend's car that I've been tuning for quite a few years through different setups (NA, N2O, 2 different turbos). But we recently tuned it on a new setup and got it down the strip, trying for 9's... Which should happen very soon.

The car is a 1995 Ford Taurus SHO, which came with the Yamaha 3L engines from 89-95. This motor, isn't too far from stock... The only engine modification are:

The current turbo is a 67mm Borg Warner S400, on E85/C85. It is running on an AEM Infinity, which although I've played with briefly before (on an S2000), this setup was completely one-off without a base map. I was happy to get it to fire up and driving from the comfort of my living room, half the country away as with as much tuning as I've done over the years, it was the first time I did it all from scratch. :) We dealt with issues, figured them out, fixed, and pressed on. The biggest issue was that we found that we had the wrong type of crank sensor for our wheel, so over 6k RPM, we'd lose sync and it'd throw timing into unknown. While trying to fix, it took us 24 pulls at 500+ whp to push a head gasket (which we pulled the motor that night, looked it over, and put it back together with new gaskets).

On the next dyno day, we had a freeze plug in the bell housing develop a leak and finally fall out at the end of the day. It was frustrating as we did not know until it let go and couldn't figure out exactly why the clutch would slip at times. That was fixed and then it went to the track for Street Car Takeover in Atlanta this past weekend.

Anyway, here are some pics and videos:

We made a good bit more torque than this on previous pulls, but I was trying to keep it flat and fighting a clutch starting to slip at the time. This is 14 PSI ramping up to 25 PSI. On the track, we ran it at 27 PSI. 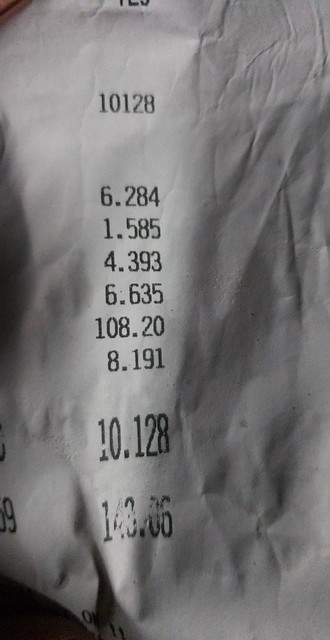 And I think we'll see another feature :)

That TQ curve is glorious! Thanks for sharing!

1320 Video put this video out yesterday:

That last pass was on track for 9's, but the stock graphite gaskets have limited passes since they offer no support. It pushed two fire rings out of the way and sucked water, so this happened.

He's got new, copper gaskets coming and two rods to replace and we are still going to use this motor to get the firs 9! I have provided him with a few different maps to incrementally up the power and change he power band. Once we run a 9, then we turn it up like we don't care. :D

Awesome build..I have a svt contour that I'll be tuning and boosting before long..

Unlucky about the gasket breach, here's hoping it comes back stronger

Looking good ! Rods look similar to my ford duratec 3.0 v6 set of h beams would sort that issue out

I clicked on this thread thinking it would be this car. I've been following @blueturdtaurus on IG for a long time. Very interesting to read more into his build.

Sorry I haven't updated... The car got back together with copper gaskets. With the motor now holding combustion, the owner also turned it up to 31 PSI as he wanted the 9. He bent more rods.

Motor is together again with Carillo custom steel rods with stronger, lower compression pistons (11.5ish:1) and I'm flying out Tuesday to get it on the dyno. I can say that you'll have the chance to see a lot of this car this year. That is the most I can say at this point, but we are hopeful for this year!

The car is making good power, but we are currently fighting some noise causing it to lose cam/crank sync at high RPM and high power.

I think we've almost got it worked out but we may swap out this AEM Infinity for something like a MOTEC. but, we have a big race in a week, so we are stuck with this ECU for now.

We originally assumed we just pushed the stock rods too far, but looking at the log from when he blew the motor, it lost sync at the top of 4th with 30 PSI. No bueno...

Been awhile since I have updated this. Car is doing well. We are testing some beta AEM fimware/software as we've not been able to get rid of our cam/crank sync errors that pop motors (it's been a very frustrating experience).

We ran our 9's last month though:

You'll also be able to see the car on Netflix, starting this Sunday, I believe. :)

With the new, beta firmware, we've done an event without errors! Now we get to start seeing what the car takes. We were out at Street Car Takeover Atlanta this past weekend and set another personal best at 9.3 @ 163 mph!

If you caught us on Netflix's Fastest Car, our showing was not particularly good. It was 35 degrees Fahrenheit, and when it started to rain, they rushed us into the cars. They would not let us test the 2-step... I pulled some, but it was still too much sauce. We left strips the entire way down the track.

That said, we wanted a little redemption... We set up a race with Justin in the McLaren and he accepted, but later realized he had something else on his schedule. So... We raced the car that nearly beat the McLaren (it would have if it had not lifted a head... Note fire under the wheel well right before the finish line). We certainly did not come in last, even after lifting as the car was walking to the center of the track pretty bad.

Nice! What is in the pipeline to make it to the 8's?

Just added a second wheel speed sensor for traction control! The last event, we put one on a rear wheel to do boost by gear... and we wanted a front sensor, but it did not happen in time.

I'm hoping to be able to add like 5 more PSI in 4th gear this go around.

We've run our first 8 second time. Still dealing with AEM Infinity issues, so we are looking at changing engine management.

Dang! Very good work by all involved - hard enough RWD, but FWD adds a whole lot more trouble with traction in the first half!

Thank you! We're still hungry though!

Latest HPA email newsletter brought me to this thread, and just want to say I really enjoyed seeing this car on Netflix and 1320video. Really cool build, and nice to see someone so enthusiastic!

@Cromlech I guess I didn't see that e-mail/newsletter. Thanks for watching on both Netflix and 1320 Video! If the weather were better, I'm certain we would have made it to the finals and had a real chance there, but it is what it is... It was an experience, anyway. :)

The owner has taken a break from the car, but he will be back next year and the plans are to go even faster, with power and traction. :)

Ah, was it you getting wet with Garrett in the video he posted a few days ago, with the jet-skis?