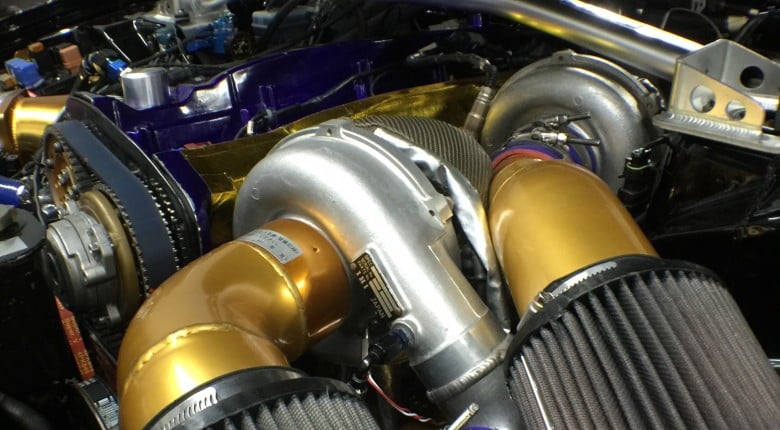 There are a lot of products out there fighting for your performance dollar, and air filters and intake kits are a pretty popular place to start. Before we delve into the possible options for upgrading your intake though, let’s get a little technical and have a look into the physics of why these may be worth upgrading in the first place. While most people are happy to jump in their car and turn the key with no real understanding of what is going on under the bonnet, I would like to think that since you are reading this, you’re a little smarter than the average punter!

The earth’s atmosphere what makes life here possible, but it’s also the source of oxygen for our engine. While it might be a bit hard to comprehend, this air actually has a mass, and hence it exerts a pressure on everything around it. Under standard conditions, this pressure is considered to be 101.3 kPa, but it does vary depending on the weather (the high or low pressure systems we see on our weather forecasts), and also with altitude (the higher we go, the less air pressure we have). Now stay with me because you are about to see how this relates to our engines.

Now for an example lets take a GM LS1 5.7 litre V8, where each cylinder displaces 712 cc (5700cc / 8 cylinders). In the perfect world, each time the piston descends on the intake stroke, the cylinder will be filled with 712 cc of fresh air – a situation that would be known as 100% volumetric efficiency (VE). It’s the engine’s ability to fill its cylinders with fresh air during the intake stroke that defines the power potential of the engine.

While we have established that under standard conditions we have 101.3 kPa of air pressure to force the air into our engine, this is only partly true. See before the air gets a chance to make its way into the cylinder, it covers a pretty torturous path through the intake system. This includes the airbox, air filter, airflow meter, intake plumbing, and finally the throttle body. If we want to get pedantic, it also must flow through the intake manifold, the intake ports in the heads, and finally past the intake valve. Each step along this path is a potential source of restriction.

So what exactly do I mean by a restriction? Well while we have 101.3 kPa of atmospheric pressure to play with, this is not acting directly against the intake valve. It only exists at the entrance to our air box, and from this point anything that restricts the flow of air into the engine will result in a slight pressure drop. We may only be talking about pressure drops of 1-2 kPa, but by the time you introduce several such restrictions, we find that the air pressure actually available to act on the intake valve may be only 95 kPa or worse. Now our air is much less inclined to flow into the cylinder so our cylinder fill is reduced (represented by a reduction in VE), and the end result is a smaller bang and less power. Simple enough in theory? So what can we do to fix this situation?

When a manufacturer sets out to design the intake system for a particular car, chances are that maximising airflow and power are a long way from the top of their list. Aspects such as emissions compliance, noise and packaging all rank well above performance, and let’s not forget about keeping the costs down… What this means in the real world is that the factory intake sometimes leaves a lot to be desired and can be the source of a lot of airflow restrictions.

Your options will depend on exactly what car you are driving, but typically these might include the following:

Each one of the above upgrades is working to reduce the pressure drops that we have just discussed, all with the aim of improving your engine’s volumetric efficiency. Now before you pull your wallet out, here comes the warning! On some current cars the factory actually did a half decent job, and the stock intake system can be hard to improve on – at least until you start getting really serious with stroker kits or head and cam packages. This is where it pays to use a performance shop that is familiar with your particular car and the products available to suit it. Take their advice and you will be minimising your intake restrictions without wasting your hard-earned dollars!