Why Rod To Stroke Ratio Matters 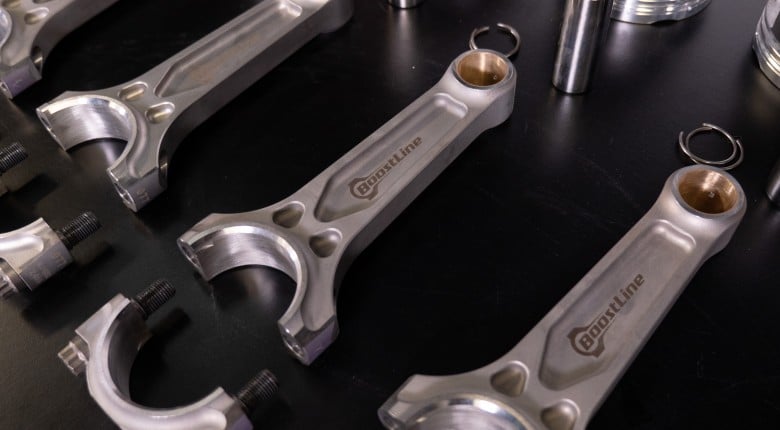 Rod to stroke ratio, this is a term you will hear quite frequently however a lot of people don’t fully understand it. In this article you will find out what it is, how it affects engine operation and how you can change it. 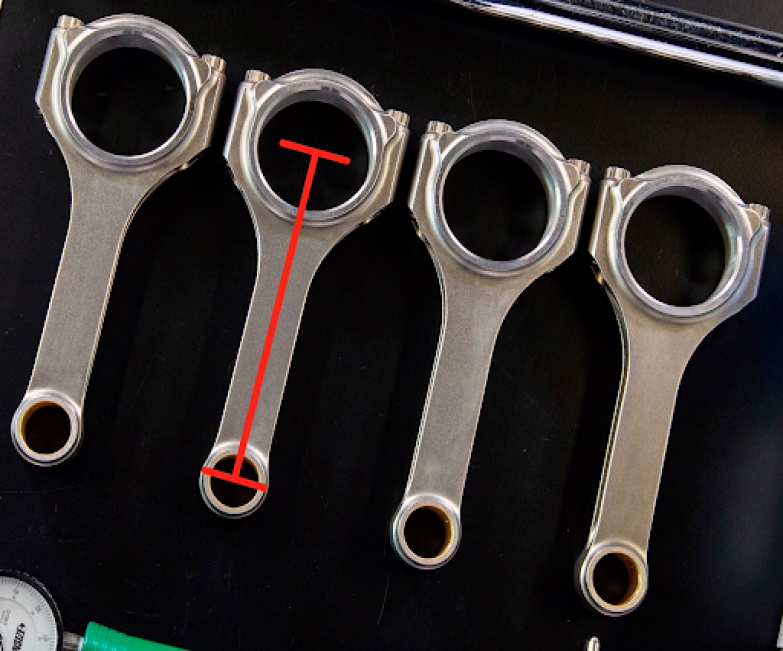 What Is Rod To Stroke Ratio?

While it is likely pretty self explanatory, let’s make sure we’re all on the same page here. It is simply the ratio between the length of the conrod and the stroke of the crankshaft. The conrod length is measured, as shown below, from the centre of the big end to the centre of the small end. That length is then divided by the stroke of the crankshaft. To give you an example, let’s look at a standard 4G63, a 2 litre, four cylinder engine. These come with a 150 millimetre long conrod and the crankshaft provides an 88 millimetre stroke. This means a rod to stroke ratio of 1.70. As you can see, this ratio is dependent on the mechanical design of the engine and would appear fixed. This is not necessarily the case. We will discuss how you may be able to influence this later. 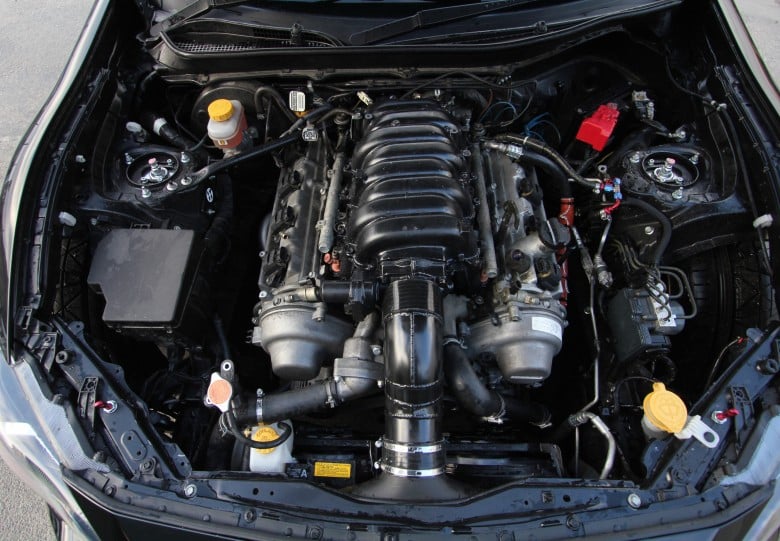 How Does The Ratio Affect Your Engine’s Operation?

This in turn reduces the thrust loading between the thrust face of the piston and the side of the bore which reduces frictional losses and also reduces the wear between the piston and the cylinder wall. Of course decreasing the rod to stroke ratio has the opposite effect in that it increases thrust loading and frictional losses which is obviously not desirable, especially in a high RPM operating engine. 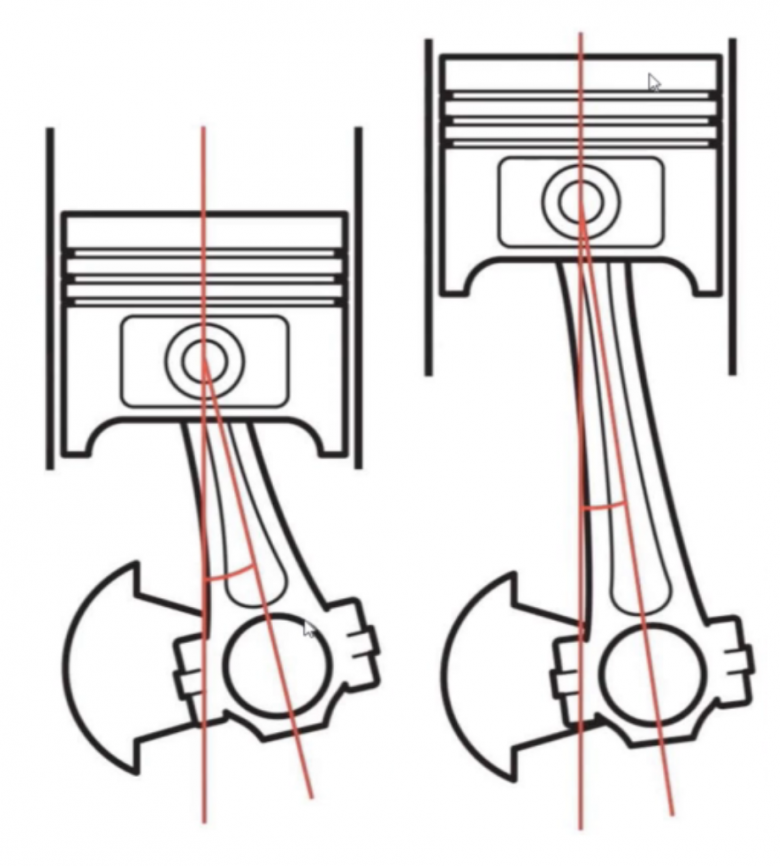 Next, let’s look at how the rod to stroke ratio affects the location of the piston in the engine cycle. The below graph shows a plot for a 100mm and 500mm conrod. While a 500mm conrod is rather unrealistic, this is just being used to show the difference. As you can see with the longer conrod, it stays near top dead centre for longer than the shorter rod. This is what is referred to as dwell. The dwell time around top dead centre increases as you increase the rod to stroke ratio.

This longer dwell time has the effect of aiding cylinder filling, especially at very high RPM. This means that a longer rod to stroke ratio is an advantage here. 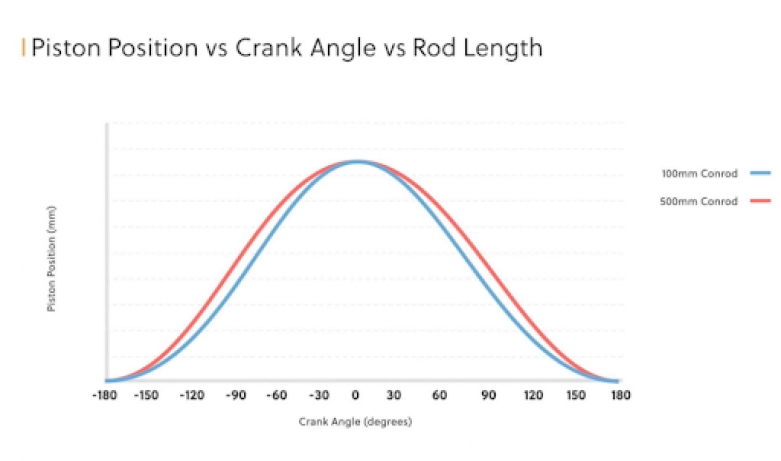 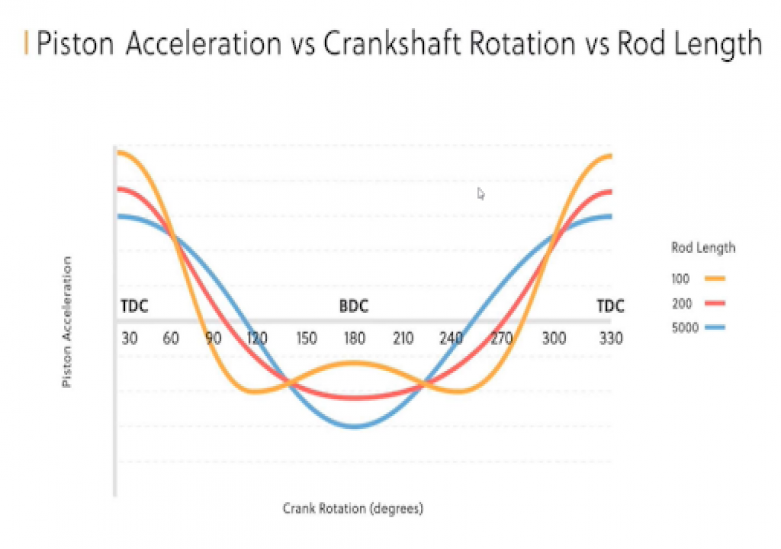 As a result of this slower acceleration, you can have more pressure acting on the top of the piston as it moves away from top dead centre. When you want to make peak torque out of your engine, you should be interested in what is occurring around 16 - 18 degrees after top dead centre. This is where maximum mechanical advantage can be gained from the pressure acting down on the top of the piston which is transferred through the connecting rod and into the crankshaft. Therefore accelerating more slowly away from top dead centre, achieved by a longer rod to stroke ratio, can give you an advantage. 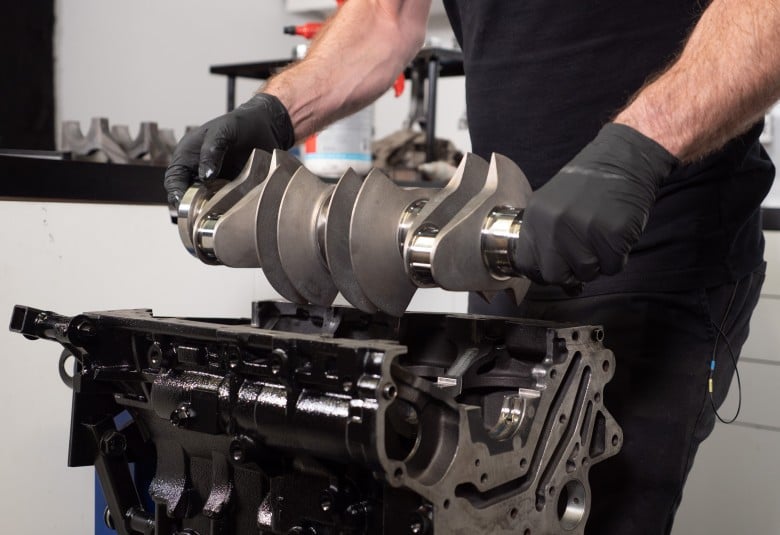 Compromises Of A Higher Rod To Stroke Ratio

Until this point, we’ve been singing the praises of a higher rod to stroke ratio. However it’s not all sunshine and rainbows. A negative effect is that it will be detrimental to low RPM torque. This is because the air velocity into the engine is reduced since the piston accelerates more slowly away from top dead centre. If you take a lower rod to stroke ratio, as has been discussed, the piston will accelerate away from top dead centre faster. This means that for each degree of crankshaft rotation past top dead centre, the piston moves further down the bore, meaning that you have created a higher vacuum inside the cylinder which promotes airflow through the inlet port, past the valve and into the cylinder. This means that cylinder filling at low RPM is actually improved by a lower rod to stroke ratio. The higher air velocity at low RPM can also promote a more homogenous mixture of fuel and air.

These numbers are by no means exact and are just to give you an idea of what you would expect to see.

Making Changes To Your Rod To Stroke Ratio

Let’s move on and look at how you can make changes to your rod to stroke ratio. This might seem hard or maybe even impossible but there are ways to do this. Sometimes quite a dramatic change can be made by mixing and matching engine componentry and changing the rod length.

Obviously if the only change you make is fitting a longer conrod, your piston will push through the top of the block at top dead centre. You can get around this in a few ways depending on your piston design and the magnitude of change you are wanting to make to your conrod. One option is to raise the wrist pin up in the piston. Sometimes this will cause the wrist pin to intersect the oil control ring. Not to worry though, you can just fit a rail support to support that ring. By raising the wrist pin, you will reduce the compression height of the piston which means you can fit a longer conrod without it ending up above the engine block at top dead centre. Another option is to change to a block with a taller deck height. The deck height is the distance between the crankshaft centreline and the deck surface. This extra height will be able to accomodate a longer conrod. 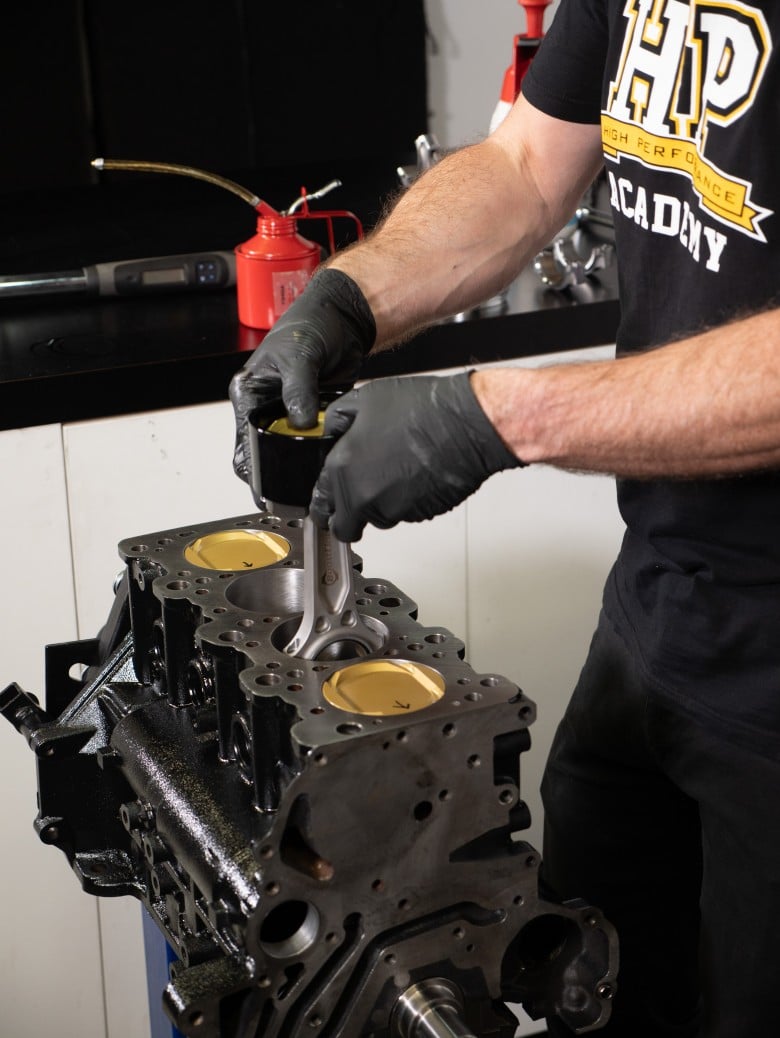 Let’s have a look at an example of using a longer conrod. As discussed earlier, the stock 2 litre Mitsubishi 4G63 engine, has a 150 millimetre connecting rod with an 88 millimetre stroke, giving you a ratio of 1.70. A common modification with this engine is to use the stroker crankshaft from the 2.4 litre 4G64 engine. This provides a 100 millimetre stroke. If you use the stock 150 millimetre rod with this modified 100 millimetre stroke, the rod to stroke ratio reduces to 1.50 which isn’t ideal if you want to run the engine to high RPM. A common way of dealing with this is to use the 4G64 block, the deck height of which is 6 millimetres taller than the 4G63. You would now be able to have a 156 millimetre long conrod which brings the rod to stroke ratio to 1.56. This is still not great but is definitely an improvement for a minimal amount of effort and cost.

Another option is to use the taller deck 4G64 block, coupled with the stock 2 litre stroker crankshaft. This means you can fit a 162 millimetre conrod. That along with the 88 millimetre stroke, gives you a rod to stroke ratio of 1.84. This is obviously a better combination if you’re wanting to run your engine to very high RPM. 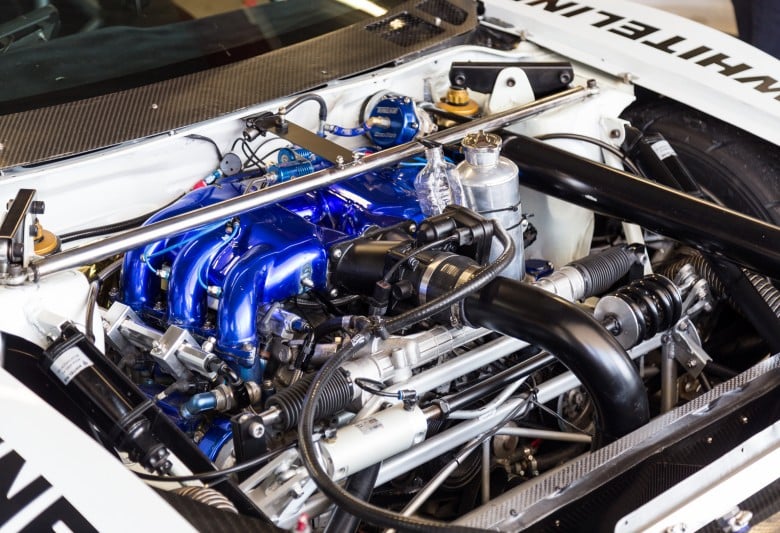 Now that you know what rod to stroke ratio is and how it affects your engine you will be much better equipped to make changes to your rod length whilst knowing what you need to do to accommodate the extra length and avoid your pistons sitting proud of the block.