The Aftermath Of Knock/Ping/Detonation [TECH BYTE] 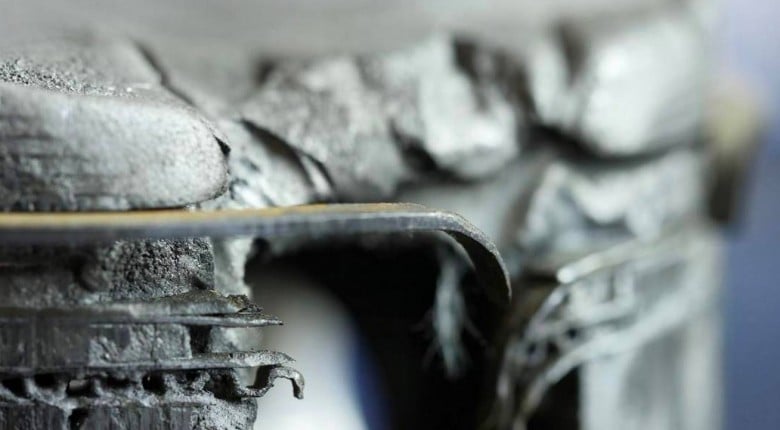 Detonation, or knock, is the number one killer of performance engines, yet it's often misunderstood and misdiagnosed. During normal combustion the piston and cylinder head are protected from the full heat of combustion by a thin boundary layer of gasses - This is lucky since aluminium melts at approximately 700 degrees C which is well below the combustion temperature. 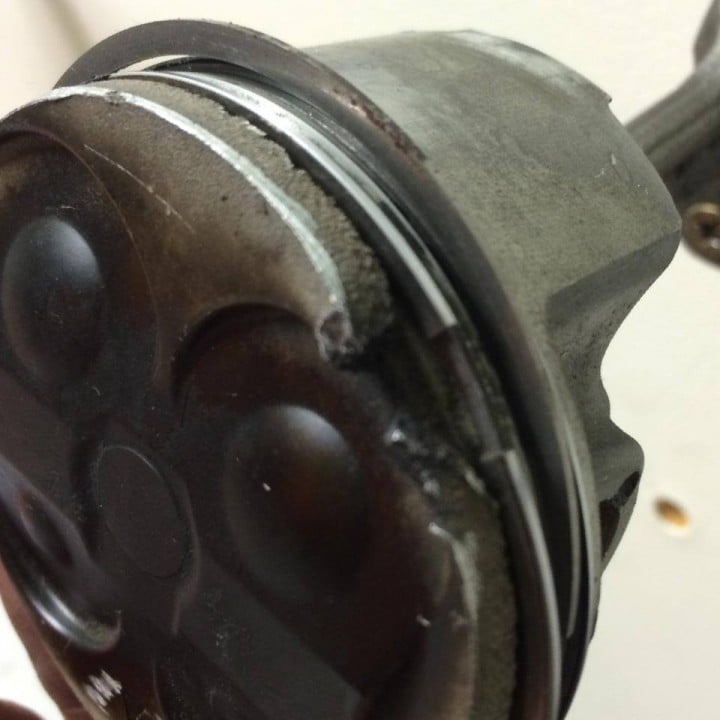 When knock occurs, pockets of unburnt fuel and air around the perimeter of the combustion chamber can spontaneously combust as the temperature in the cylinder rises. During normal combustion the pressure rise in the cylinder is relatively smooth and controlled, however when knock occurs we see sharp spikes in pressure - Think of knock like a stick of dynamite exploding in the cylinder. The resulting pressure spikes can strip away the protective boundary layer, allowing the full heat of combustion to reach the piston. In mild cases this results in a sandblasted appearance on the piston crown. 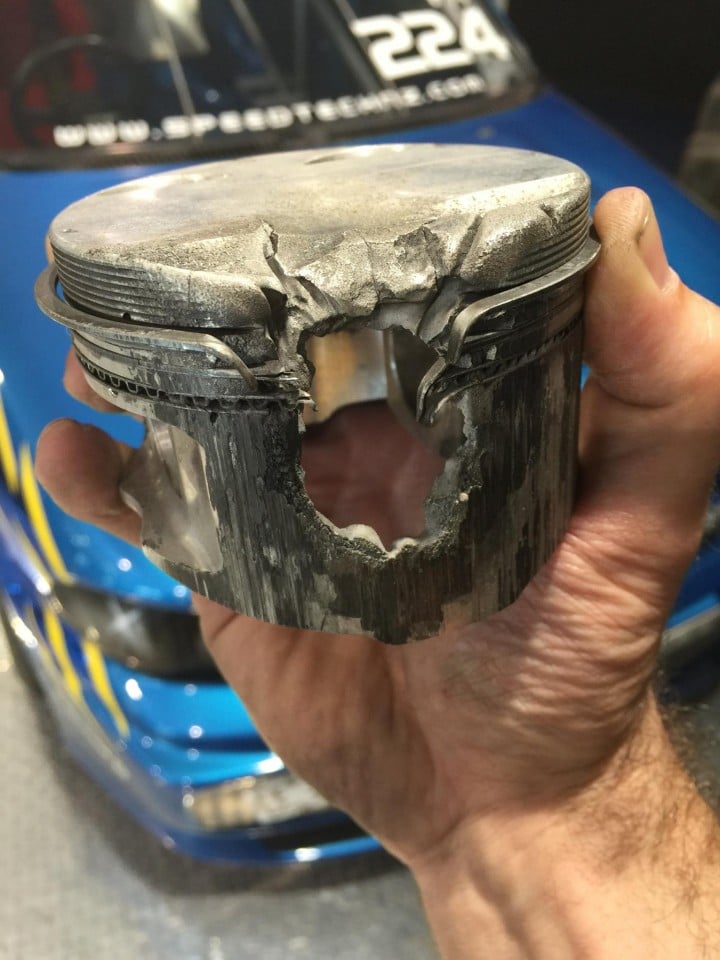 In extreme cases though, particularly in engines making very high specific power levels, sustained detonation can quickly destroy a piston as pictured directly above. Of course the actual cylinder pressure resulting from knock can also do damage to engine components too - It's like smashing the top of the piston with a sledge hammer!