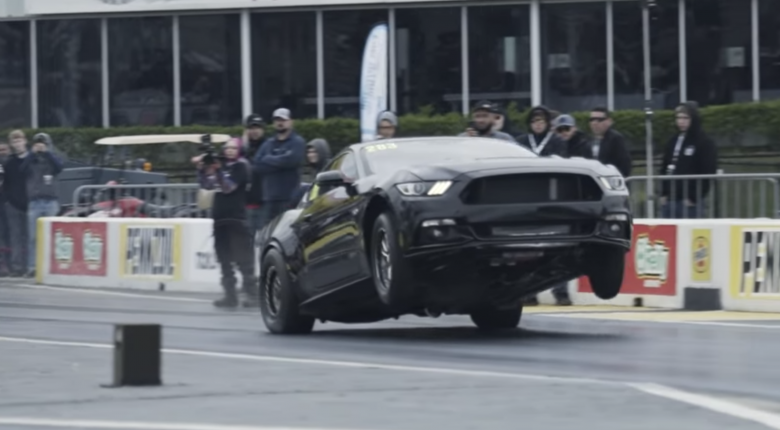 While the ECU is primarily in charge of controlling the fuel and ignition timing, these days there’s really not many limits on what can be done with the right ECU and the right person punching keys on the keyboard.

One such application we witnessed at TX2K was an ‘anti-wheelie’ function that was undergoing some beta testing via a couple of cars running custom John Reed Racing firmware for the Motec Systems USA M1 ECU that incorporates an IMU or ‘Inertial Measurement Unit’ to measure (among other things) the angle of the car relative to the track as well as the rate of change of this angle.

Once the ECU knows the angle of the car, or in other words if the front wheels are in the air, ignition retard and/or ignition cut can be used to control the wheelie angle and prevent it exceeding a predetermined point.

And before anyone suggests that a set of wheelie bars would achieve the same aim, some of these cars run in a class which specifically bans wheelie bars.