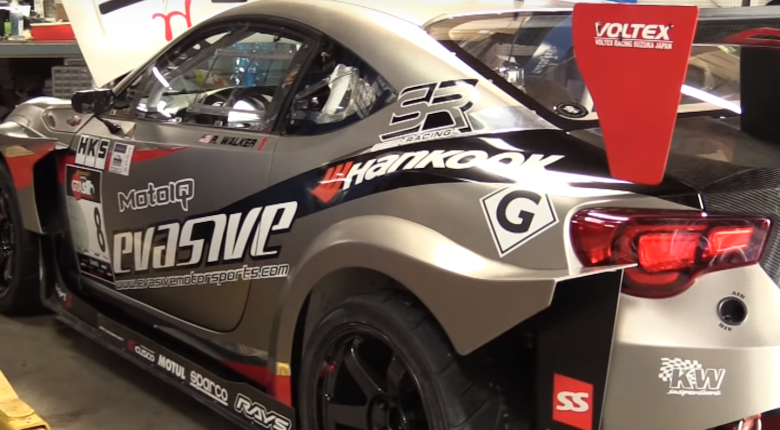 This 430hp 2.1L FA20 runs 24 Psi of boost via a supercharger and in this previously unreleased archive footage we dive into Toyota 86 early aftermarket development with Mike Chang from Evasive Motorsports who were some of the first in the business to begin developing the platform.

With reference to Evasives own build we discuss why it was important to relate to the future everyday drivers of the 86 and how this influenced the build including the use of a supercharger over a turbocharger which helped produce that 430HP from FA20 platform with an improved response due to the 2.1 L HKS Co., Ltd stroker kit and Hewland Engineering Ltd ‘dog’ gearbox.

With a lot of focus being given to aero and handling the car managed to punch well above its weight at both Global Time Attack and Pikes Peak International Hill Climb (Official Site) events.