I have an ST185 Celica which I'm rebuilding to Clubsprint WTAC rules, with the aim of competing there in the future as well as local time attack and hill climb / sprints competition.

Main work completed since starting the rebuild include:

- Fitted the EPS column from a ZN6 Toyota 86 to the car. This involved making new mountings for the column, adapting the steering shaft, welding up the torsion bar and manualising the rack (removing the internal pistons and seals, removing the hydralic sections from the pinion assy, blocking up the ports etc). Obviously I was also able to remove the hydraulic pump, lines, cooler and reservoir. I'm using the ZN6 Steering ECU to control it, and feeding it the CAN signals it requires via a Motec C125 logger dash.

- Fitted front uprights from an XW30 Toyota Prius to the car. As part of this process I had to make new lower ball joint adapters to bolt to the standard lower control arms - figured this was the easist way to go about it. These plates have offset ball joints, in order to gain positive caster. I used a roll centre adjustable ball joint kit which suits a GM taper, so the Prius upright tapers required reaming to suit the tapers on the new king pins. The taper for the steering tie rod end was bored parallel to use a simple bolt instead, then I made some adapters which thread onto the OEM steering arms and have a LH heim joint on the other side. I then had a bunch of different thickness spacers made for bump steer adjustment.

- I did have TEIN Super Street coilovers on the car when it was a street car and these were going ok when using it for track use, however with the new uprights, I've removed these and now use a set of BC Racing RM-MH coilovers with the lower sections for the fronts modified to match the Prius upright, using laser cut plates and a jig to line everything up.

- Front brakes are Wilwood 4 piston calipers mated to a floating 2 piece 330mm x 32mm rotor. I had to design and fabricate my own caliper adapters to suit the Prius uprights. Also adding a brake duct to the centre of the rotor.

- Rear uses a Whiteline adjustable anti roll bar. Solid mounted rear subframe and diff assy, and welded plates to the rear subframe to lock out the eccentric adjustment, and made some length adjustable toe arms. These use a rod end instead of the usual bush.

- All other bushes and bearings are simply replacement Whiteline or Superpro bushes. The sperical bushes on the rear upright have been replaced with new sphericals.

- Engine is being built using a 5S-FE block, with the 3S crank and 4th Gen 3S-GTE cylinder head and sump. The oil pump is from a blacktop BEAMS 3SGTE. Custom forged pistons and rods with 9.5 c/r. Kelford 272 degree cams and 1mm oversize valves. Garrett G30-660 turbo.

- I was lucky enough to win the Motec M130 GP-Lite through an HP Academy competiton, I am buying the appropriate licences to get the GPR firmware on this ECU.

- All the wiring is stripped and will be making an entire new body and chassis harnesses. 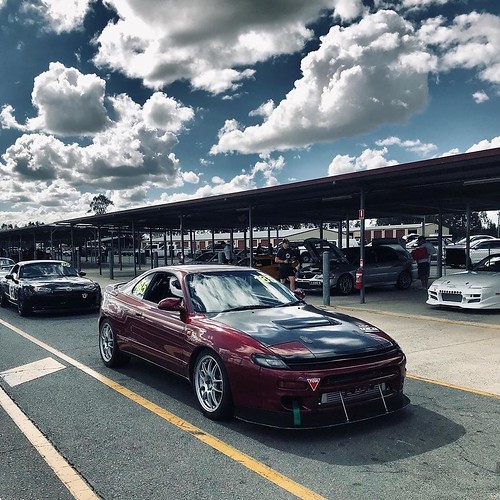 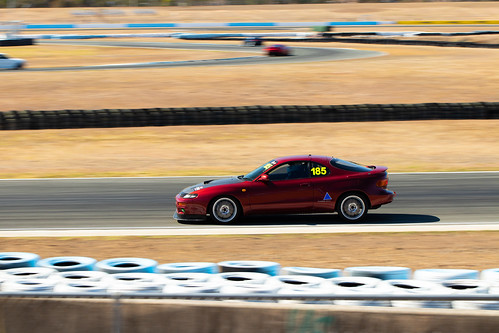 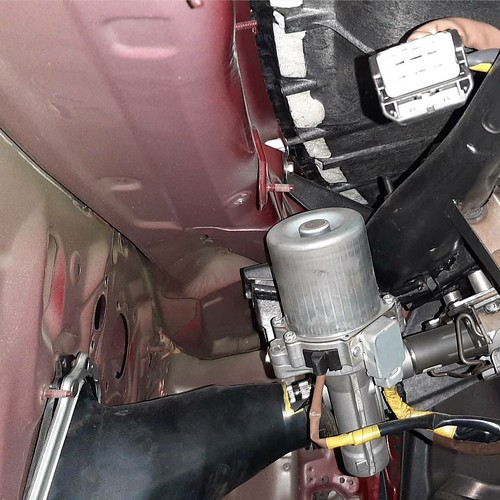 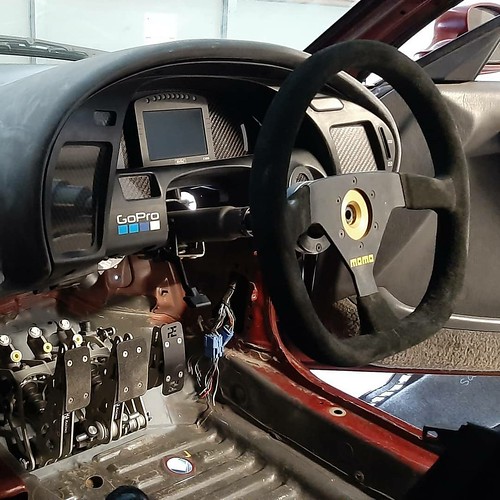 As I recall, in WRC trim they were notorious for being very hard on their front tyres - not sure if that would be a concern for your application, especially with you being able to design out problems like geometry, change the CoG position and height, and make big changes in aero', but may be something to bear in mind?

There are numerous sources for the required formulae for the suspension geometry, and it needs little more than basic math's skills and ACCURATE measurements of the various joints to the chassis and ground. I was doing it 30 years ago with a basic calculator and a large sheets of paper to plot the camber, caster, roll centre and bump steer curves. It's a lot of messing around but you should be able, with some basic EXCEL skills to insert formulae into the cells, to make up a spreadsheet to simplify things.

I've finally got the car pretty much ready to put on the ground now. Lower mounts for the coils are done and I've adjusted the lower mounts to suit my suspension travel (2/3rds in bump, 1/3rd in droop). I have good clearance throughout travel and steering angles, so it's looking pretty positive so far. 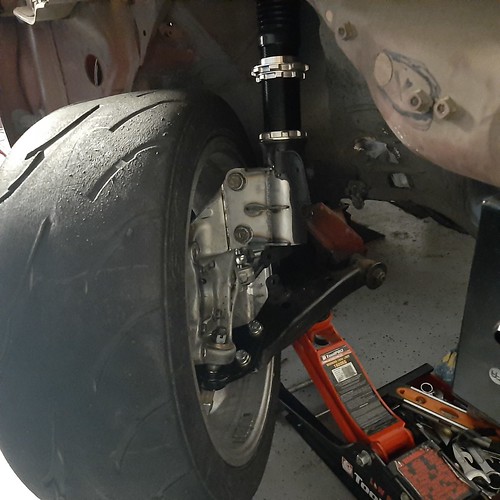 The aligment course has been really helpful so far and I'm building up a collection of bits for performing different measurements. Machined a little insert for my wheel to attach the camber caster gauge to, and made a bar with a bracket on it in order to hang a clipboard from for bump steer measurements. I'm yet to make my own string system but that'll be happening very soon, along with some slip plates. 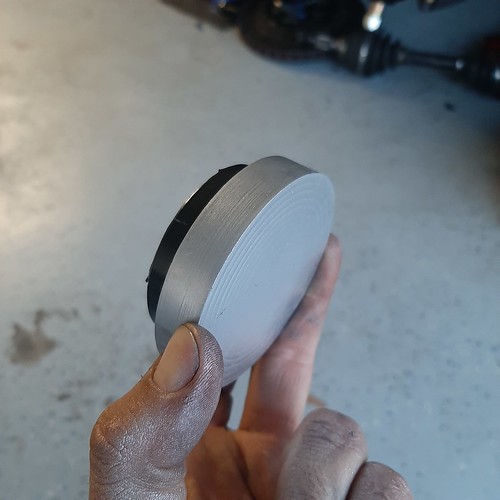 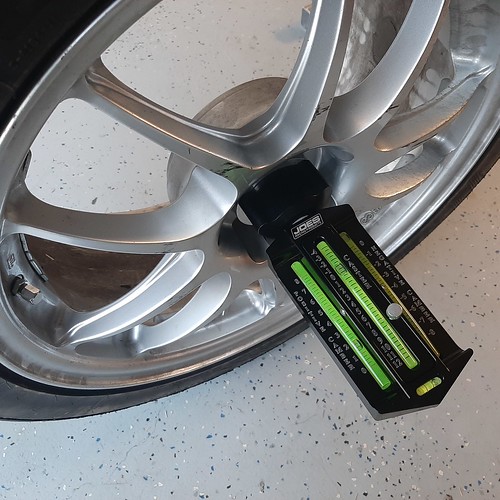 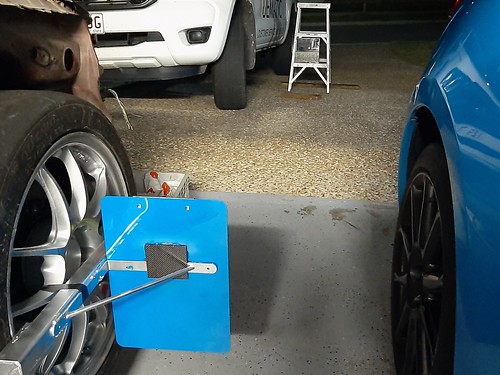 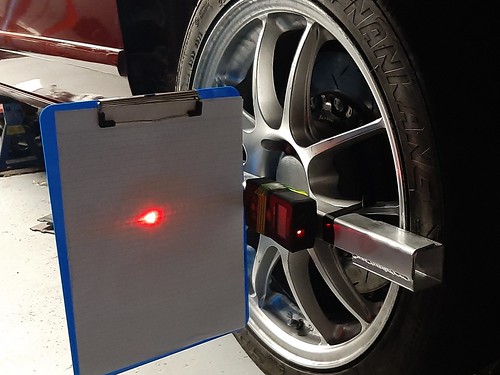 You're making some good progress there, and learningt a lot on the way.

I see you've a LOT of feathering on the RF outer edge that indicates both understeer and it running more on the outer edge of the tyre - might be an area to put some thought into?

I think mention was made elsewhere about the front wishbone mount - as it appears to be, you're going to have a LOT of deflection and a good chance of cracks developing there. You will make some big gains for both by fabricating some form of bracing for the mounting points - and if allowed some general seam welding. If allowed in your class, and foolish if it isn't, a multi-point cage will add a lot of stiffness to the body/chassis structure, especially if picking up on the suspension, transmission, and engine hard points.

Nice work Nick. Great to see so much effort going in not only on the car, but also the setup tools! Keep it coming, Tim

I've been spending a bit of time lately on preparation for completing the wiring, consisting mainly of an engine harness and a chassis harness.

First I completed all the pinout documentation using Excel to deterime what terminals on each connector go where, then I used software called Rapid Harness to complete the drawings and documentation. I also made a rope template for the chassis harness (can't yet do the engine harness as I do not yet have an engine in the car). I tried to look after future Nick by adding a spare CAN and spare power connector which houses the unused outputs from the PDM, so I won't need to break into the harness later on with any luck.

I've pre-written the code for the PDM. I've not yet watched the PDM course, so I'll check that out and see if theres anything in there I can use to improve on what I've already done.

I've also purchased every connector required for the harnesses so that when the time comes it should be a relatviely straightforward process.

I didn't spec the wire to the headlights or tail lights very high - I figured I'd be changing these out to LED. HP Acedemy also sold me on the MSEL isolator with their video so I have one of these ready to go. I'm using a small marine spec fuse box which accepts Midi fuses and blade fuses. This is only to supply power to the high current devices (PDM, Alternator and Power Steering ECU - Starter is unfused direct from isolator as the isolator provides short circuit protection) with one of the blade fuses feeding the sense wire on the alternator. 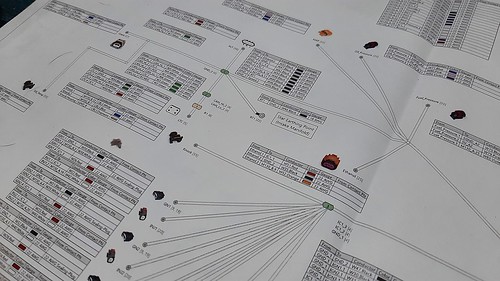 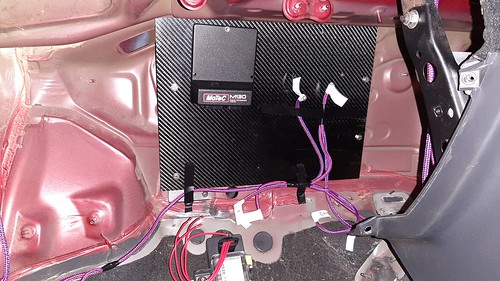 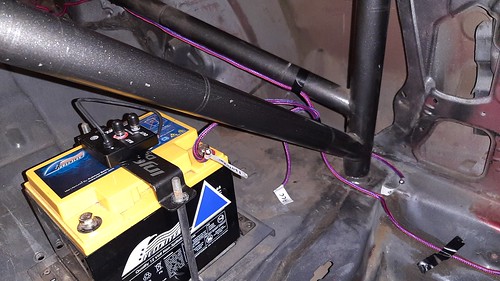 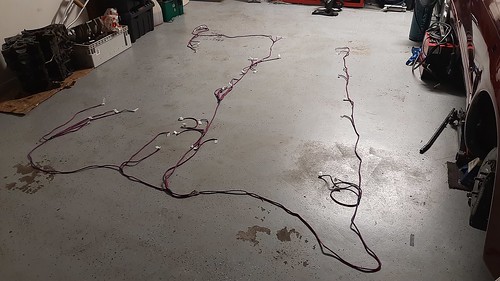 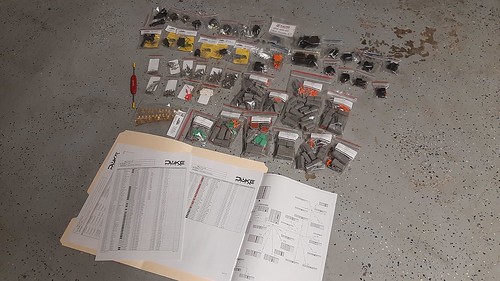