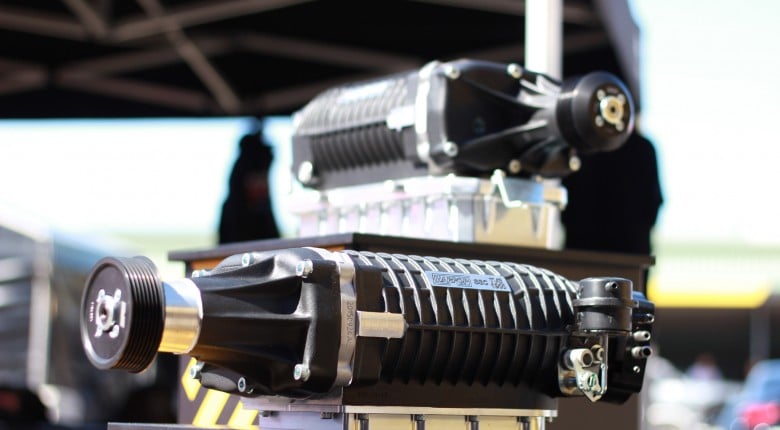 Traditionally, when the term ‘supercharger’ is mentioned it evokes images of muscle cars with bulging Roots-style blowers climbing out of an engine bay and saying ‘mine’s bigger than yours’. Technology has evolved a long way over the years and this applies to the current crop of superchargers too.

In this article: Supercharging Options | Which type is the best? | Keeping things cool | More Things to Consider | Installation

For those not familiar with the inner workings, I’ll give a quick recap of the principle behind supercharging. 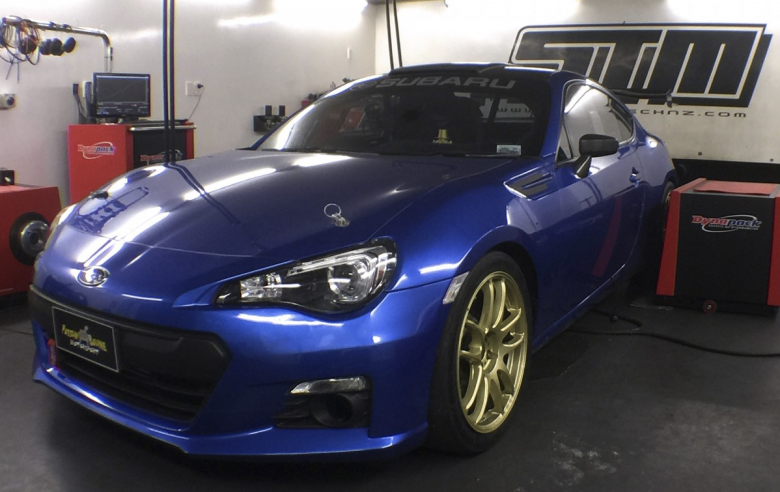 All things being equal, the power we can achieve from an engine is defined by the volume of air it can consume, and in a naturally aspirated engine, this is limited by atmospheric pressure. It’s the difference between the pressure in the intake manifold and the low pressure created in the cylinder by the piston descending during the intake stroke that makes the air flow past the valves and fill the cylinder.

When it comes to superchargers, our choice comes down to two options – centrifugal, or positive displacement – and in this article we’ll examine the pros and cons of each. 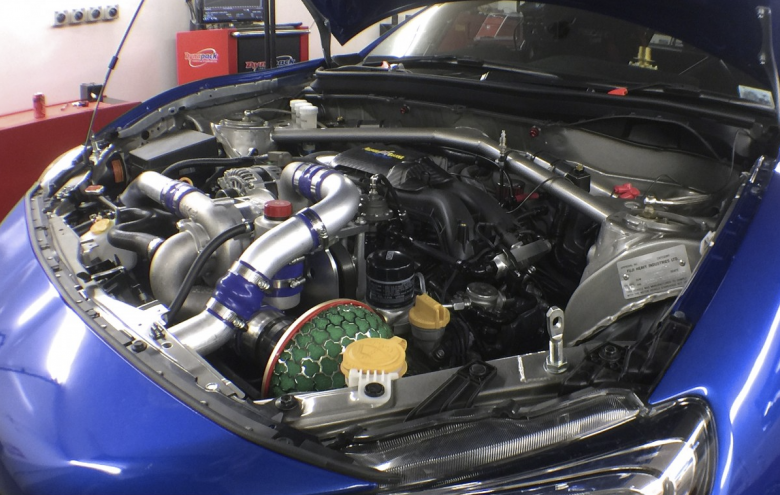 A positive displacement supercharger is probably what most people think of when they hear the term supercharger, as this is the type we normally see hanging out the bonnet on those muscle cars I mentioned. This type of supercharger displaces a fixed volume of air for each revolution of the supercharger, and if it’s moving a larger volume of air than the engine can consume, the result is positive pressure in the intake manifold.

Positive displacement superchargers can be further broken up into Roots-style and twin-screw. A Roots blower is the oldest form of a supercharger and is still hugely popular in muscle car and drag racing (think of Dominic Toretto’s Dodge Charger). This type of blower, which is best thought of as an air pump, takes air in through the top and a pair of closely-meshing lobes pump the air through the supercharger body and out the bottom.

A more modern take on the positive displacement supercharger is the twin-screw style which has a pair of intricately meshing lobes that look similar to screws. These superchargers take air in through the rear and compress the air as it travels through chambers that decrease in volume as they reach the outlet. 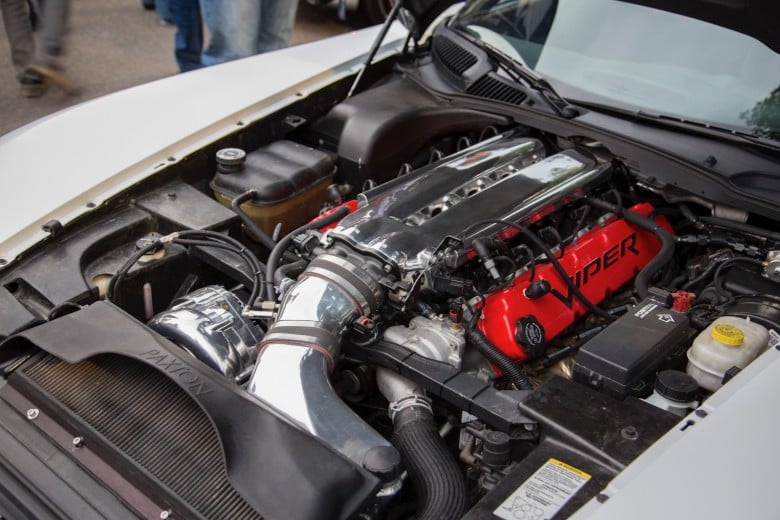 Centrifugal superchargers, on the other hand, are basically a belt-driven turbocharger. They use a compressor section that is essentially identical to that of a turbocharger but are driven via a belt instead of by exhaust gasses.

This type of supercharger relies on centrifugal force from the compressor wheel to accelerate and force the air into the engine. This requires the compressor to spin at very high speeds (30,000 to 60,000rpm), and to achieve this these superchargers include a gearbox to step up the rotation speed above what we can expect from the crankshaft.

Which Type is the Best?

So which type of supercharger is best? Why choose one over the other? Well, the ‘best’ option is going to depend on what you want from your engine. Both have pros and cons and understanding these will help make your choice easier.

Let’s start with efficiency. When we compress air its temperature will naturally increase, however, the amount of heat placed into the intake air will also depend on the efficiency of the supercharger. Heat is the enemy of power so the less we have, the better. Here a centrifugal supercharger is the winner, operating with superior efficiency over a positive displacement supercharger – particularly at higher boost levels. This means that for the same boost pressure the intake air will be cooler with a centrifugal supercharger and we can expect more power.

I will point out though, that the twin-screw style of positive displacement superchargers do offer vastly improved efficiency when compared to the older Roots-style, but they still typically fall short of a properly selected centrifugal supercharger. 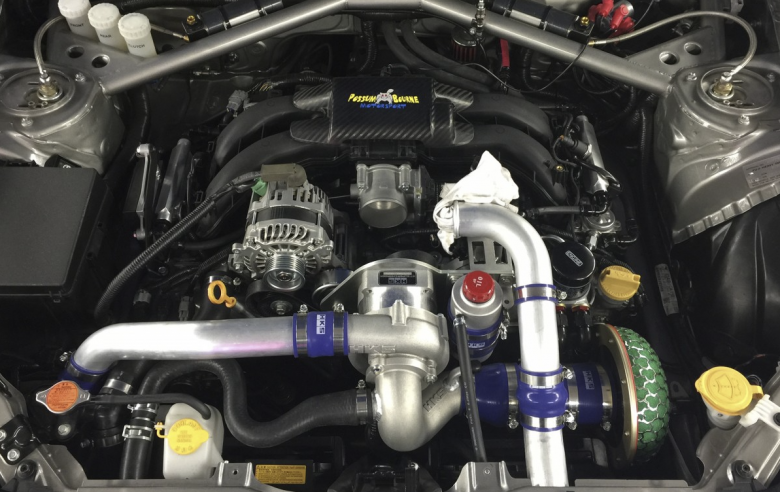 Since I’ve mentioned intake temperature, let’s talk about intercoolers. An intercooler is included in the intake after the supercharger to remove heat from the compressed intake air. Intercooling a centrifugal supercharger is not much different to a turbocharged engine and a front-mounted air-to-air intercooler can normally be included without too much trouble.

A positive displacement supercharger installation can be a little trickier though, as often the supercharger is installed directly onto the intake manifold, or even as a part of the intake manifold. This is common with a ‘v’ configuration engine. This makes an air-to-air installation difficult, so a more common solution is to incorporate a water-to-air intercooler under the supercharger. These have the disadvantage of being less efficient than air-to-air and often the intercooler size needs to be compromised to allow them to fit.

Strike two for the positive displacement supercharger? In this case yes, but it’s not all bad so read on. 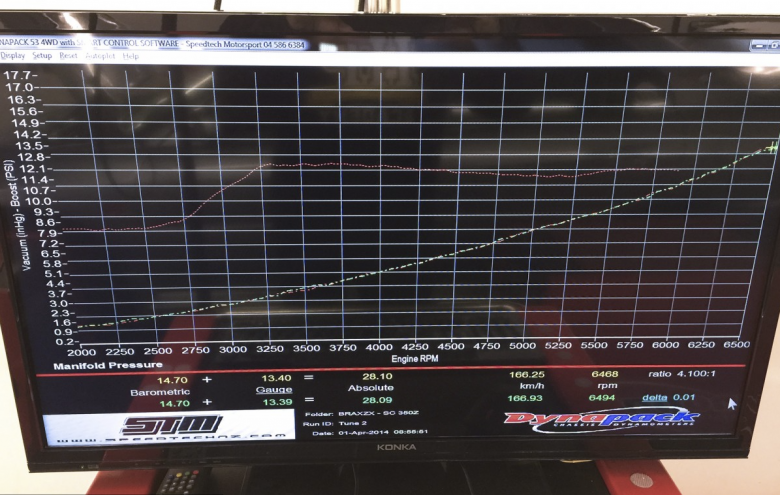 One of the key differences between the two superchargers is the way they produce their boost, and this will in turn effect the torque delivery of the engine. A centrifugal supercharger requires a high compressor speed to produce useable boost, but since the supercharger is driven by the engine, the compressor speed is directly related to engine RPM. This means that we won’t see much boost at low RPM and the boost curve will increase in a linear fashion with engine RPM.

A positive displacement supercharger on the other hand is always moving more air than the engine can consume and this means it can achieve good boost pressure all the way from idle, and the boost pressure will be reasonably constant with RPM. The picture above gives a good comparison of the difference in boost curves you could expect to see. The flatter red line is from a twin-screw blower, while the green line is from a centrifugal supercharger. 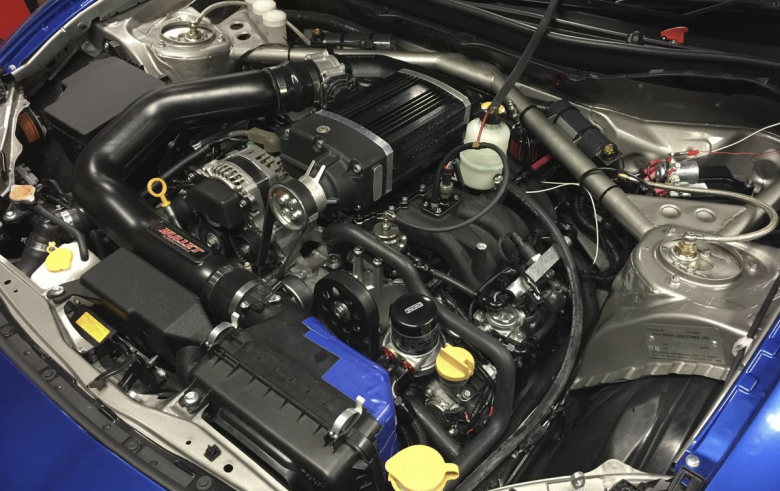 Since a positive displacement supercharger gives a reasonably flat boost curve, the effect is to multiply the normal torque curve of the naturally aspirated engine. What I mean by that is, the shape of the torque curve will be very similar but you’ll have more torque everywhere. It’s almost like fitting a larger engine. 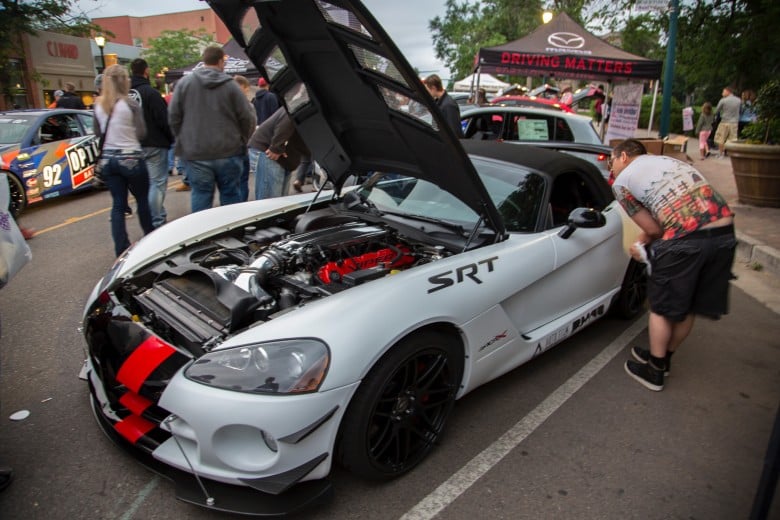 Basically you need to choose what you want from your engine: a low-RPM torque monster capable of frying the tyres at a touch of the throttle, or an engine with more linear response that just keeps pulling harder the further you rev it.

A last consideration is fitment in the engine bay. Modern engine bays are getting more cramped for room and finding enough space for any form of supercharger can be a challenge. A positive displacement supercharger can have some benefits here – particularly in a V6 or V8 installation where the supercharger is often a good fit in the valley.

A centrifugal supercharger can be tricky to fit, but on the plus side they can be remotely mounted away from the intake manifold giving a little more flexibility to their location. 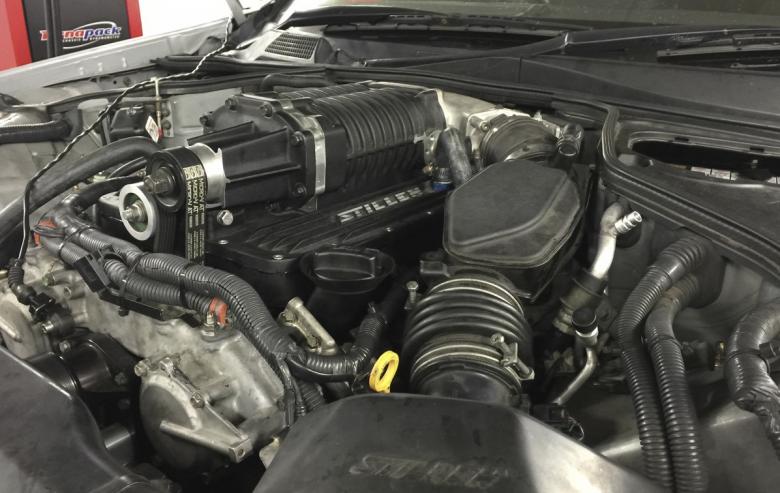 So there’s a summary of the choices you face if you’re looking at supercharging your engine. There are no easy choices when it comes to modifying cars and choosing the right supercharger for you is no different. At least now you should have a solid understanding of the options and how they will affect the results you’re likely to see. If you have any further questions about the finer details of blowers, your setup, or your future boosting plans, ask them on our members only forum and I'll do my best to help you out.