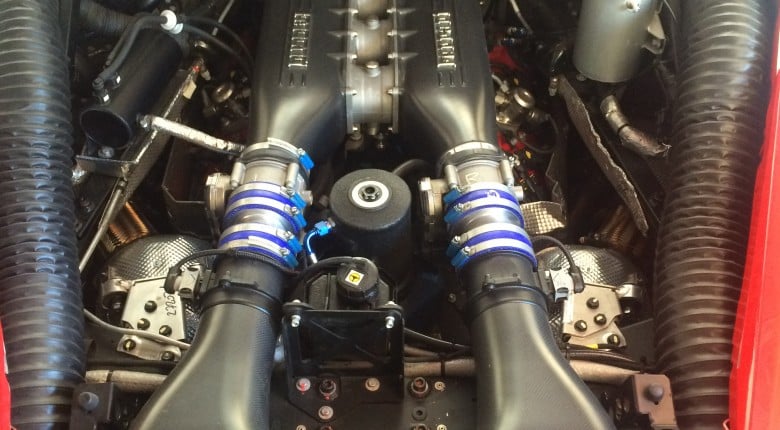 In a previous article, we have already looked at intake restrictions and how they can affect the power your engine makes. In this article, we are going to delve a little deeper into the intake system and look at the mass airflow meter, what it does and its pros and cons. Improving the airflow into your engine is still one of the key aspects to improving an engine’s performance so let’s see how the mass airflow meter affects this and what our options are to get around it.

In this article: So what exactly is a Mass Airflow Sensor? | What about a Manifold Air Pressure sensor? | Keeping your cool | MAF or MAF-less?

So what exactly is a Mass Airflow Sensor?

One of the most important inputs to an engine management ECU is a load signal. This tells the ECU how hard the engine is working and from this, it can decide how much fuel is required and how much ignition advance. There are a few ways of measuring engine load but one of the most common in modern engines is through the use of a Mass Air Flow sensor or MAF sensor.

The MAF sensor is usually a cylindrical device located in the intake plumbing prior to the throttle body and its job is to measure the mass of air entering the engine. There are a few different designs of MAF sensor but basically they will output a signal to the ECU which varies in proportion to the amount of air flowing through it.

On paper, it is the perfect system because if we know exactly how much air mass is entering the engine then we can very accurately calculate how much fuel to inject to get any air/fuel ratio we desire. Nothing is ever as simple as it seems though.

A MAF sensor suffers from a few problems when we start modifying an engine, and in some situations, they can become a real pain in the ass. These problems can include:

1. Intake Restriction:
Since the MAF sensor must protrude into the airflow to do its job, there is a fairly good chance that it is also offering some level of restriction to airflow into the engine. To make matters worse, the MAF sensor is often fitted with gauze or honeycomb screens to protect the sensor element and straighten the airflow.

Often it can be shown that the MAF really doesn’t cause any noticeable restriction, but in some cars I’ve seen removal of the MAF sensor show gains of 10 kw or more.

2. Reversion problems
One of the bigger problems with a MAF sensor comes when we fit a larger camshaft. At idle a large cam will normally offer that nice lumpy idle which lets everyone know you mean business. This lumpy idle also results in air reversion where the intake air pulses in and out through the throttle body and MAF sensor.

The MAF sensor isn’t fussy about which way the air is flowing, and when a reversion pulse comes back out through the MAF sensor, this air movement is still measured. What this means is that air which has already passed through the MAF sensor and has been measured gets measured for a second time as it exits the MAF. This plays havoc with the tuning because the ECU now thinks more air is entering the engine and extra fuel is injected causing a very rich mixture, poor idle quality and erratic driveability.

A similar issue can occur when we slam the throttle in a turbocharged engine. Here one of two things will happen; Either the blow off valve will open, venting all of the air that has already been metered by the MAF sensor straight out to atmosphere and causing the engine to run excessively rich, or if a BOV isn’t fitted or can’t vent the pressurised air, this air will all back up and exit back through the turbo and MAF sensor, again resulting in a rich mixture.

3. MAF scaling
Each MAF sensor is designed to measure a certain amount of airflow based around what the engineers expect an engine to require. At some point the MAF sensor will become maxed out and no longer be able to measure additional airflow. When this happens it becomes impossible to tune the engine correctly as the ECU doesn’t know that extra air is entering the engine.

While for mild and even moderate power upgrades this is unlikely to be an issue, if you are looking at serious power upgrades such as forced induction then you may find that you exceed the flow range of the MAF sensor.

4. Physical size
Many MAF sensors are reasonably bulky, and this bulky mass needs to be located somewhere in the intake system. Obviously this is taken into consideration in a factory engine bay, but if you’re looking to add a turbo or supercharger, finding space for everything can become challenging in today’s modern engine bays.

What about a Manifold Air Pressure sensor?

A MAF sensor isn’t the only way for the ECU to calculate engine load and a common alternative is to use a manifold air pressure sensor (MAP sensor) instead. A MAP sensor measures the air pressure or vacuum in the intake manifold and the mass of air entering the engine can be calculated from this using the ideal gas law. This technique is called speed density and is very common with aftermarket ECUs.

Since the speed density system isn’t directly measuring the mass airflow into the engine, in some instances it can be slightly less accurate than a MAF sensor. The advantages, however, can be considerable:

1. A MAP sensor is not upset by reversion pulsing caused by an aggressive cam. It also is compatible with atmospheric venting blow off valves in turbocharged cars.
2. The MAP sensor is relatively small and only needs to be connected to the inlet manifold via a small length of silicone hose. This simplifies the intake path and eliminates any potential restriction common with a MAF sensor
3. MAP sensors are available in a range of ranges that can be selected based on the maximum boost pressure you expect to run. In N/A engines a MAP sensor with a range that extends to atmospheric pressure (or slightly above) are sufficient.

It is worth mentioning that in heavily modified engines running very aggressive cam profiles, we may not see sufficient vacuum at idle to provide sufficient range for us to do a good job of tuning.

If you are considering upgrading your intake then it is the perfect time to consider where the intake air is coming from. There is a lot of hype about the benefits of cold air intakes but how important is it really? It shouldn’t be a big surprise that air temperature does have a pretty big impact on engine power as we will see.

In a nutshell, cold air is denser than hot air. This means that cold air contains more oxygen molecules than an equivalent volume of hot air. It is this oxygen that results in power so an engine will produce more power with colder intake air. This is why you may notice that your car seems to perform better on a cold winter night than in the heat of summer – This is air density at work.

The other side of the coin however is that air temperature also affects how much ignition timing an engine can tolerate without detonating. A higher intake air temperature results in a hotter combustion charge and this can be enough to result in detonation.

On the dyno, the intake proved to be a mixed bag. With the bonnet closed, there was a little more power to be had from the better flowing filter, but after a handful of runs the air temperature was soaring and the power dropped accordingly. I also found that with the higher air temperature it was necessary to remove some ignition advance to prevent detonation.

As a test, I opened the bonnet, loosened the hose clamp holding the intake pipe to the throttle body and swung the whole intake pipe up out of the engine bay. This left the air filter sitting in the cool air stream outside of the engine bay. Another run on the dyno quickly showed an extra 10 kW at the rear wheels and a nice cool intake air temperature. Now it is going to be pretty difficult to drive down the road like this but it does prove the point.

Just because your car rolled off the showroom floor with a MAF sensor fitted doesn’t necessarily mean that you are stuck with it. When it comes to fitting a stand alone or plug-in aftermarket ECU, we usually have the option to ditch the MAF in favour of a MAP sensor. If you are reflashing the stock ECU then you may still have options. The clever guys who develop many of the popular reflashing software have found ways to rewrite or ‘patch’ the factory ECU to allow tuners to remove the MAF sensor and convert to a speed density system.

This isn’t always a requirement and as I mentioned, in some instances the MAF sensor really doesn’t hurt power. On the other hand, if your MAF sensor is known to cause a big restriction or you are looking at fitting a cam or a supercharger kit then it is good to know you have options.

Want to learn more? Why not start with our FREE EFI tuning course.