How To Use Rod Ends | More Strength & Less Weight 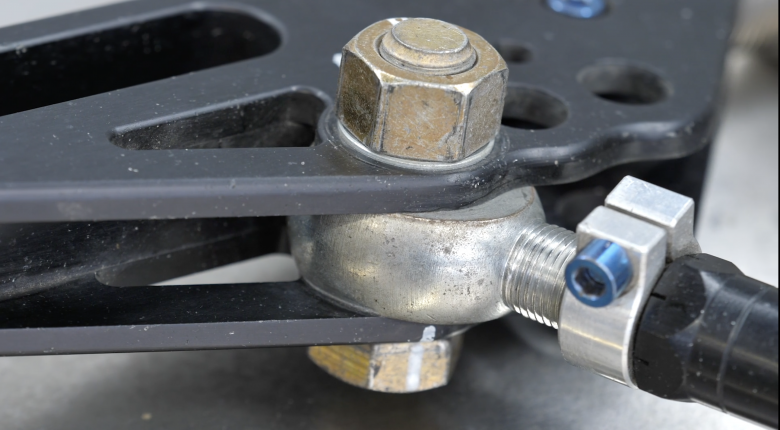 Rod ends, also known as Heim joints or rose joints, are a common component that we rely on when fabricating suspension arms in particular, although their uses can be fairly wide-ranging. If you've ever dealt with rod ends before then none of what we'll cover here today is probably very newsworthy, however the way the rod end is incorporated into a part does warrant some consideration and is often overlooked and misunderstood even by professional fabricators.

In this article: The Advantages of Using Rod Ends | Material/Construction | Lubrication | Metric Vs Imperial | The Wrong Way To Install Rod Ends | A Smarter Way That Weighs Less | Conclusion 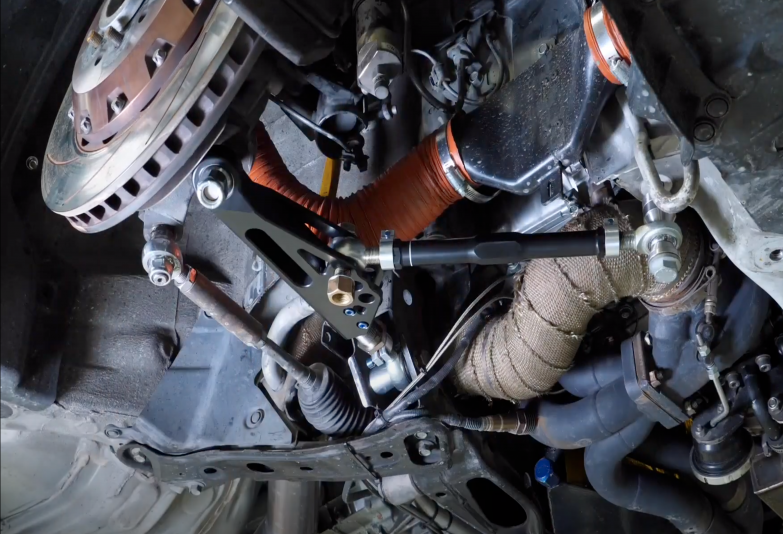 The Advantages of Using Rod Ends

One advantage of a rod end over a rubber or urethane suspension bush is that by virtue of their construction, they offer less compliance when loads are applied through the suspension and this offers more consistent alignment and more accurate and predictable handling.

The other key advantage is that due to the threaded body of the rod end, it's very easy to make subtle adjustments to the length of a suspension arm or component and hence affect the alignment. If a left-hand threaded rod end is used at one end of a toe control arm, and a right-hand threaded rod end is fitted at the other end, the length of the arm can also be infinitely adjusted without the need to remove the component. Note this article isn't intended to be a complete guide to rod ends, however, there are a few aspects that are worth sharing that come from our experience using these over the years. 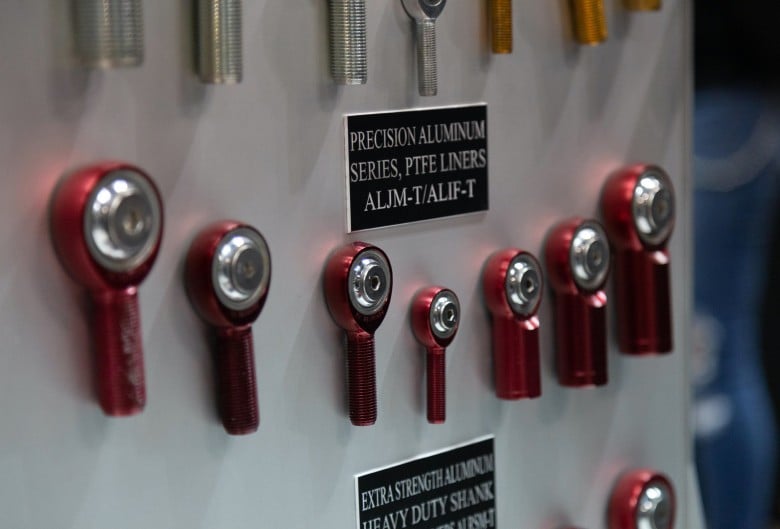 The first consideration is that rod ends are available in a range of different materials and price points. The cheaper rod ends may seem attractive if you're on a budget but as usual, you get what you pay for. You're likely to find rod ends manufactured in 4 main materials.

Low Carbon Steel: The low carbon rod ends are the cheapest by virtue of their material however they're not well suited to mission critical applications. By this I mean anything that supports the suspension or related components.

Aluminium: 7075 T6 alloy rod ends are great for saving weight and they have been used with success as suspension arms, however, they have a similar load capacity to a low carbon steel. They also have poor elongation properties and don't give or bend under high loads, meaning that they're really not the best choice for critical applications.

Stainless Steel: Stainless rod ends can be produced in low strength or high strength materials so you need to understand what you're buying. While these may seem like an attractive option, due to their ability to resist corrosion, this doesn't necessarily make them the best choice if strength is important.

Chromoly: With all of the above in mind, for mission-critical applications, a chromoly rod end is usually the best option. 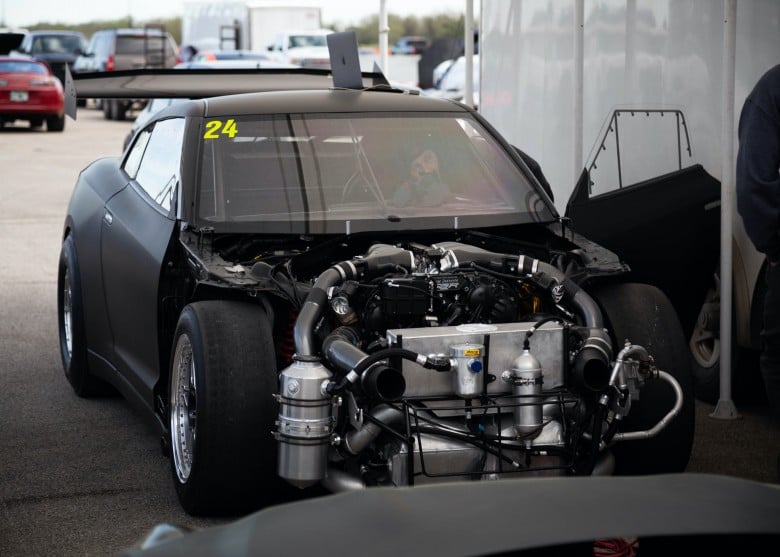 Generally, for applications where movement is expected, the Teflon lined rod end is preferred. With this style of rod end, the ball runs against a Teflon liner which is self lubricating. This eliminates the need for grease which is required with rod ends that are metal on metal. Teflon lined rod ends also allow tighter tolerances and provide less movement plus eliminating grease the attracts dirt and debris further improves the rod end's life expectancy. 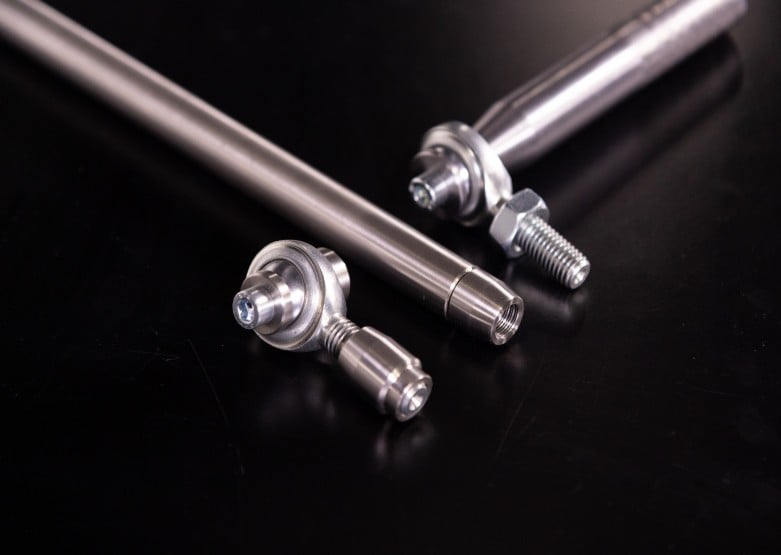 The last point I'll add here is that while rod ends are available in both metric and imperial sizes, you'll usually find a wider selection available in imperial and as a bonus, they're often cheaper. This is one of those rare situations where I will accept the mixing and matching of imperial and metric fasteners on my builds. Here in New Zealand where High Performance Academy is based, we're most likely to use metric fasteners for the majority of our work but often I'll still choose imperial rod ends for their accessibility and their price point. 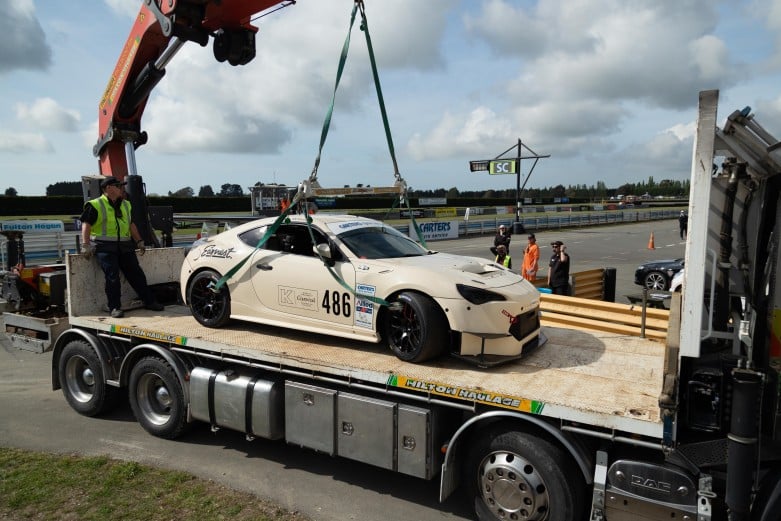 Let's look at a couple of scenarios where the rod end could be installed in such a way that it's subjected to bending. 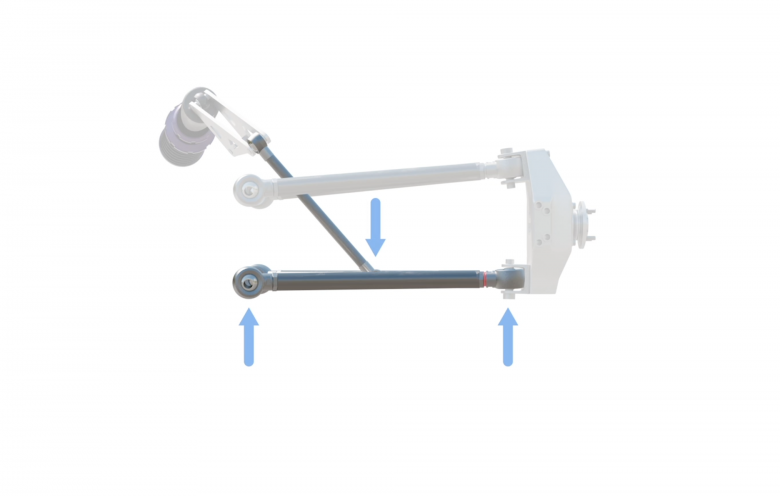 This could be stopped easily by simply connecting the push rod to the suspension upright instead of the lower wishbone. It's a relatively subtle change that has a very important impact on the forces that the rod end will be subjected to. Next let's consider the design of an upper wishbone for the suspension. 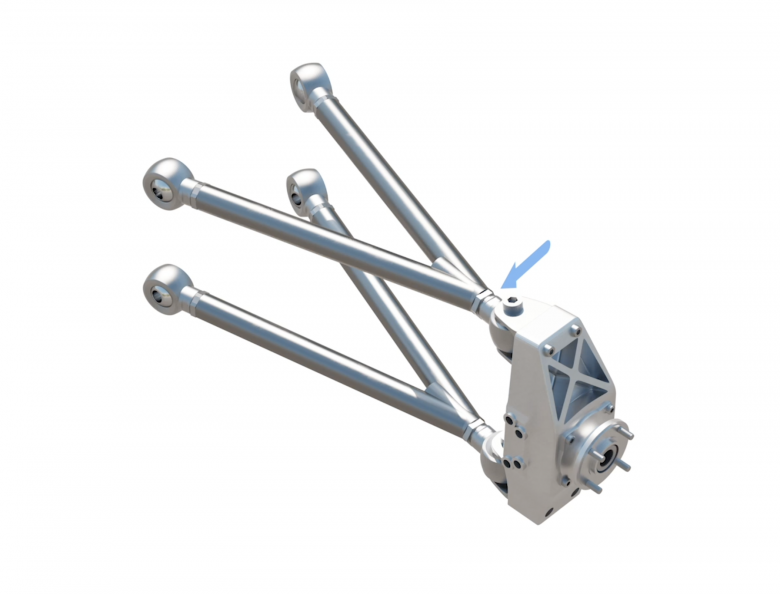 In this instance it can be tempting to install the rod end as shown since this provides quick and easy adjustability for camber. On face value you might think that this stacks up since at first glance, the rod end does seem to be working in compression and tension. However we also need to consider the brake torque reaction which happens when the driver applies the brakes. 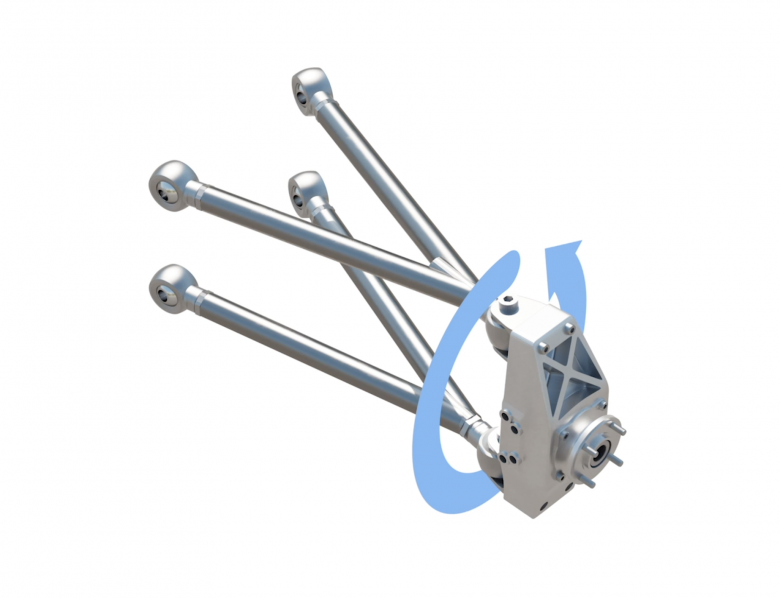 To reduce the car's speed, the brake system creates a brake torque that slows the rotation of the wheels and in turn slows down the car. The suspension arms that locate the upright or hub however must provide an equal and opposite torque, otherwise the hub or upright would rotate when the brakes are applied. With this in mind we can see that this brake torque reaction has the affect of applying a bending load into the outer rod end. Not ideal. 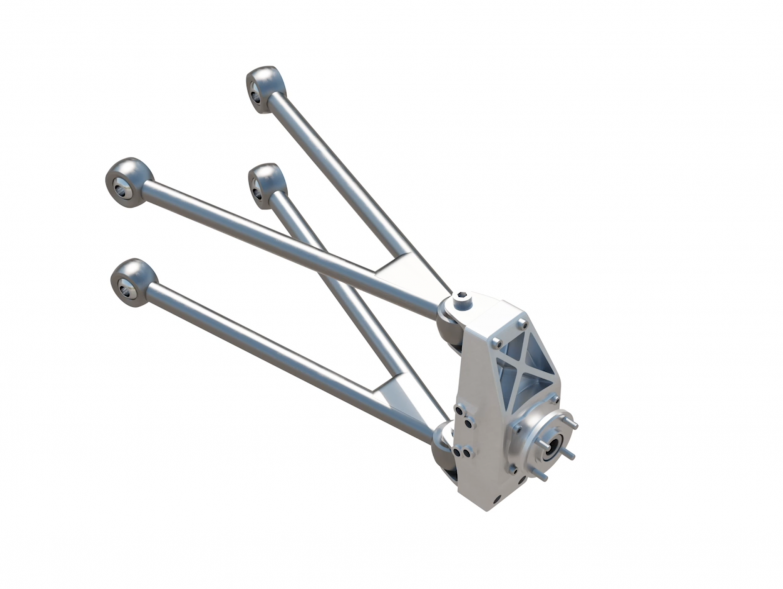 A Smarter Way, With Less Weight

The better solution is to use an encapsulated spherical bearing at the outer point instead of the rod end as shown above, but the downside of this is that it compromises the easy adjustability that the rod end would provide. Another subtle aspect relates to the way the rod ends are integrated with the suspension arm.

In our previous examples, we can see what is still a relatively common wishbone design. 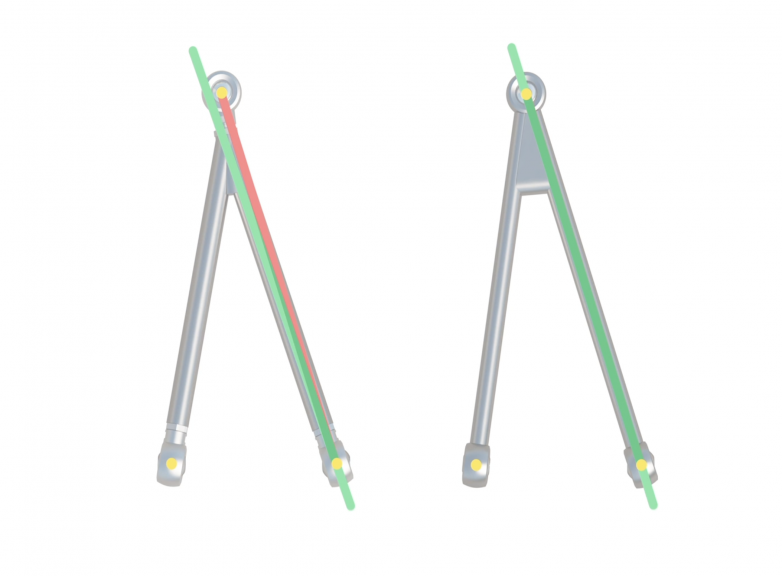 Overlooking the brake torque reaction for a moment, we'll find that the force is applied in a line that runs between the centre of each rod end which isn't directly in line with the wishbone structure. 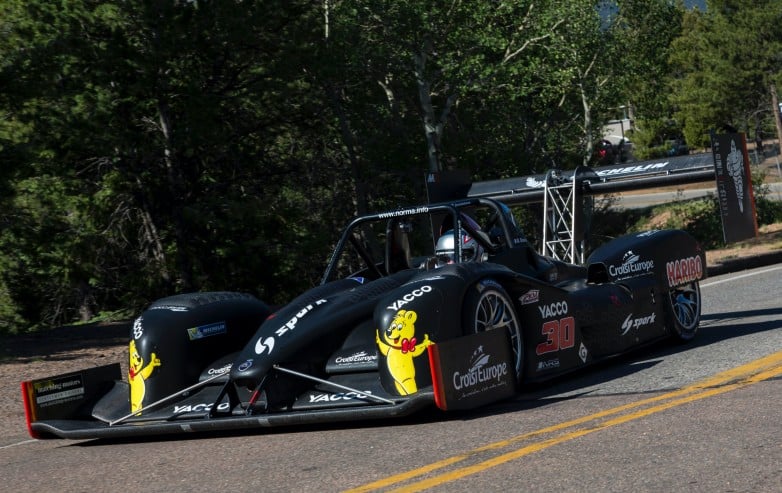 Of course there are plenty of cars getting around quite successfully with rod ends installed so that they are subjected to bending loads and many will argue that if the rod end is big enough then it'll hold up just fine. While this may prove to be correct, in our opinion this isn't really a valid argument as you're still using a component in contradiction to how it was designed to be used. If the component is designed correctly and bending loads are avoided, this allows smaller and hence lighter rod ends to be used which ultimately leads to weight savings and performance advantage. 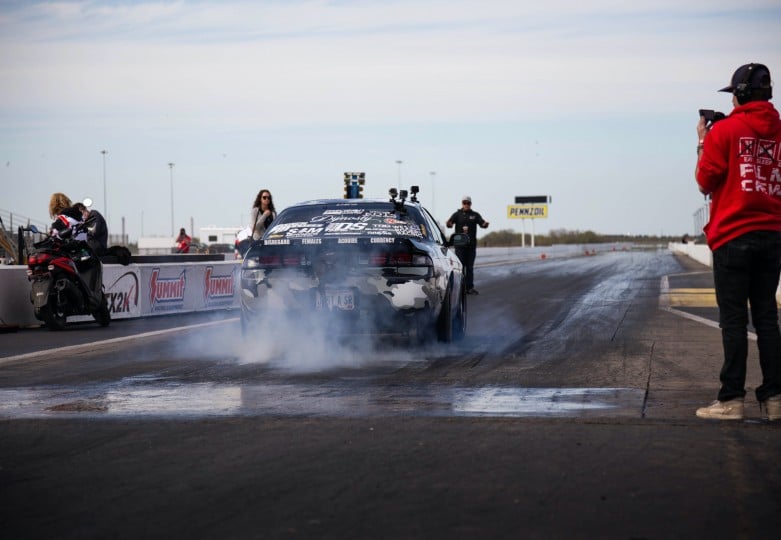 In motorsport fabrication, our main battle is always this, strength vs weight. It is up to you to determine where you want to balance things out on either end of the scale here noting extra weight does add up very quickly across numerous components. It's very time-consuming and expensive to do things twice, so we all want to make sure we do our best to do the job in a way we are happy with the first time around.

At the end of the day, understanding the proper integration of a rod end isn't difficult when you understand the fundamentals, and getting this right will allow to you design safe and strong components without sacrificing weight. If you want to learn more on this and other motorsport fabrication fundamental topics, start learning instantly here.