This thread has been a long time coming!

Bit of catching up to do before we get up to date on things, but from there we'll try to keep you guys more in the loop on what is happening behind the scenes and give you some more insight, if you want it =)

Here is the list of where things were at before the first video here which was a mix of how we got the car and some of our own adjustments.Parts list

A couple of Toyota GT86 bits...plus the following.

Brakes, Wheels and Tyres (aka Tires 😉):

Driver Control Setup - In- house with EcuMaster CAN Switch Board

Now, how the SR20VET swap really all started...

From there we waited, and waited, and waited for our 3UZ-FE replacement build to come back from the local machinist and our USA custom piston order to be get sorted (who for a long time was waiting on the details from the machinist). Once we realised there was no way that was going to happen in time, this happened.....

There were a few frantic weeks of building and filming including getting some help from Vinny Fab (the workshop who did the exhaust system on the FD3S RX7), who did a monster effort driving down, punching out some top notch fabrication work, finding time to sink a few beers with their friends locally then heading home. Heroes.

Fun fact, neither of these blokes are called Vinny.

Then came the tuning. Luckily we know a guy.

Ultimately, the project was too much for the team to get together in the way we wanted with the time available, all the while still working on HPA as well. The result was pretty disappointing at the first round of the series and it led to the pin being pulled to really avoid just having the same issue at the following rounds.

Note while some of the issues were caused by 3rd parties, at the end of the day it was trusting and NOT verifying due to the push that tripped the team up.

Why did we fit a dry sump to the SR20VET?

Ducting and cooling process which has seen a few iterations due to bodywork changes and aero development.

Back to the tuning side of things, Andre uses the SR86 as an example for managing wet conditions on track:

Since then, the car has still been in development with an electrical tidy up, brake upgrade and turbo swap being just a few of the things ticked off the list. More to come on all that in future updates.

If you have, or haven't, been following this build via our social channels and have any questions about it all, fire them below.

A really common question given it is the 'go-to' 4 cylinder swap of the times is 'why didn't you just put a K series in it dawg?'

With that out of the way we can carry on with our previous progress. Another change from the original build was the cam profile/cams, as outlined here:

And most recently we have been working on the aero side of things:

The car got to a point where Brandon and Jimmy needed to sort the front end out into its final state to work with the aero element that has been added. A few options were discussed, and for the time being a fibreglass bumper is the solution leaving us with the ability to replace it if required easier than if we plastic welded what he had together for a 1-off. 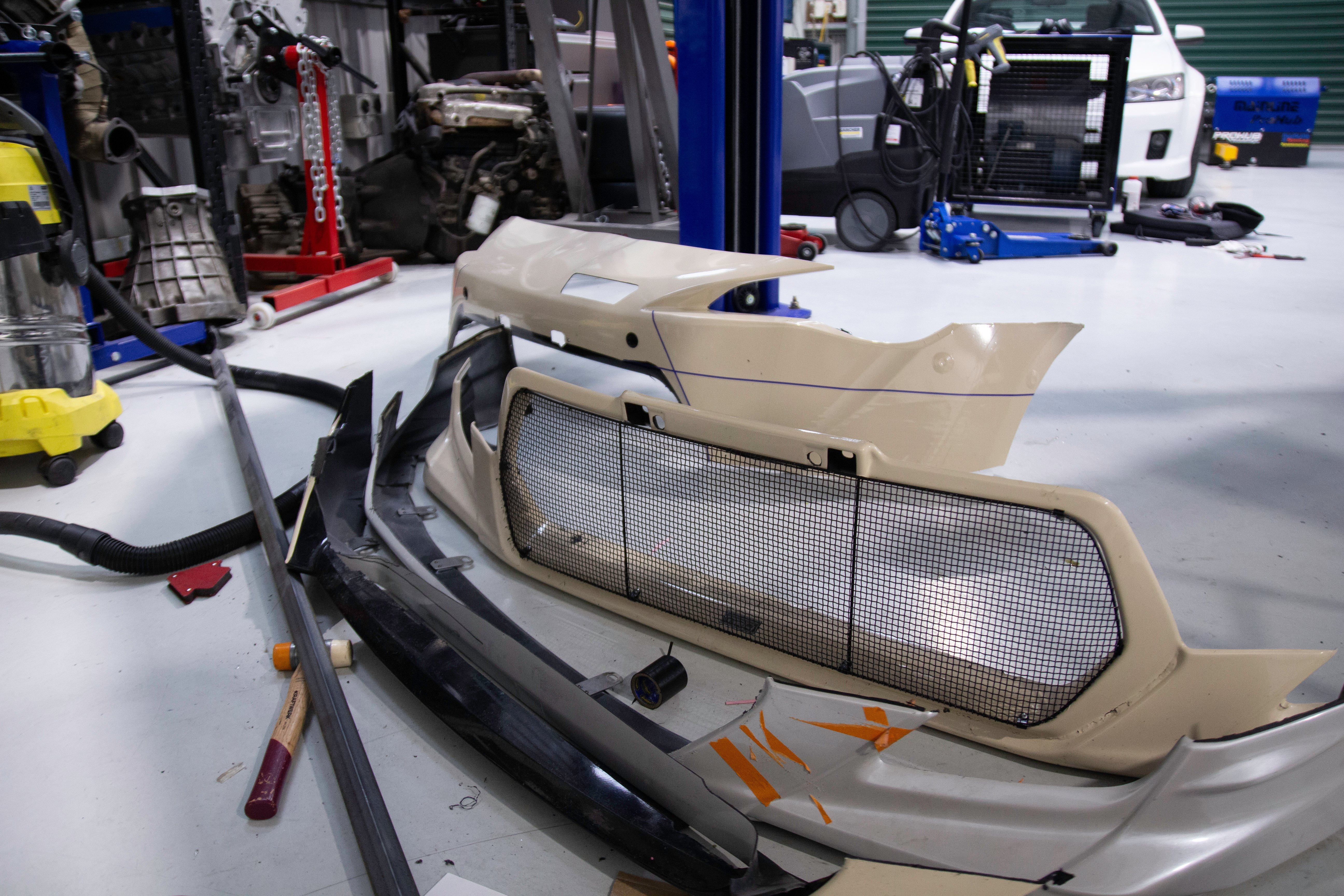 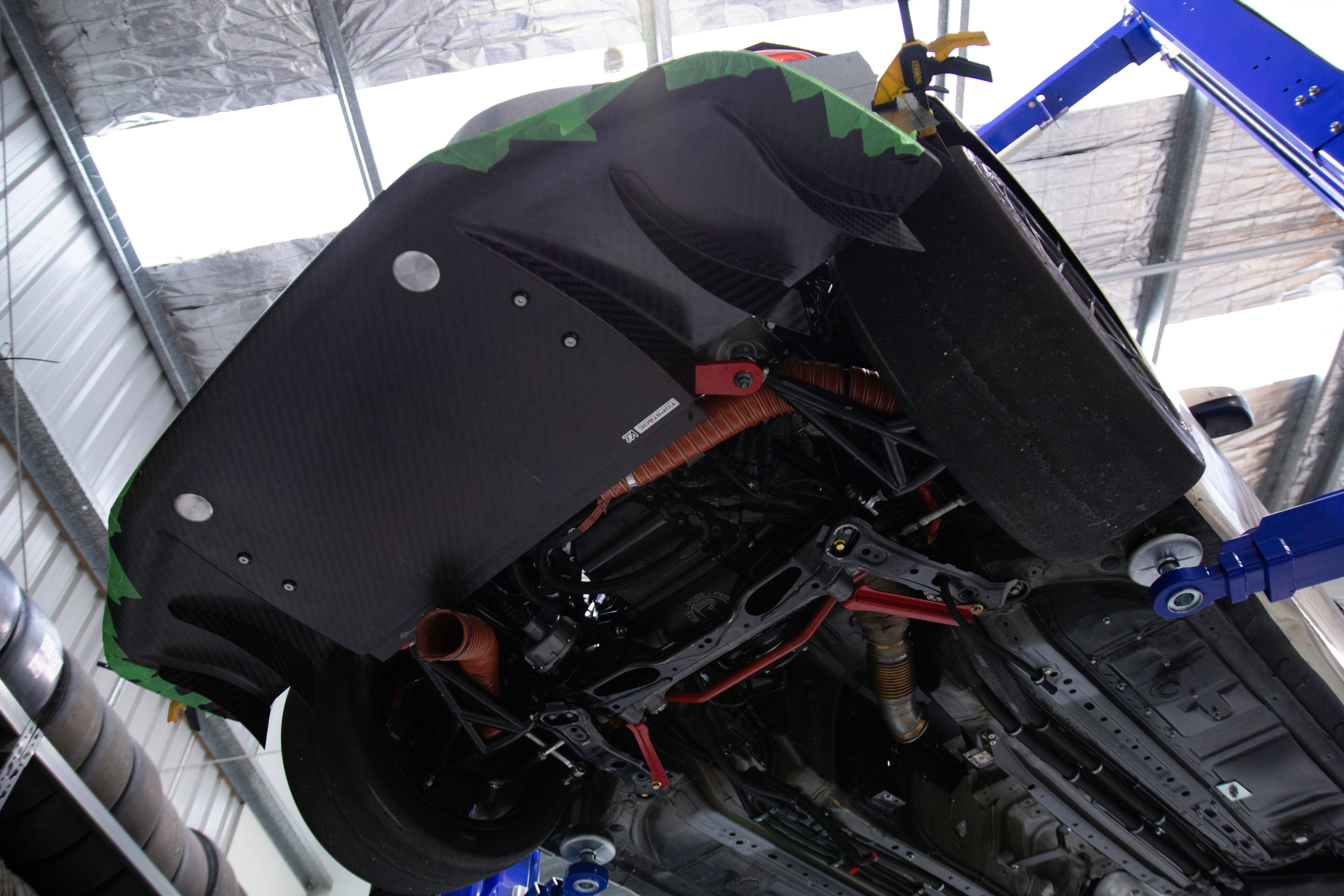 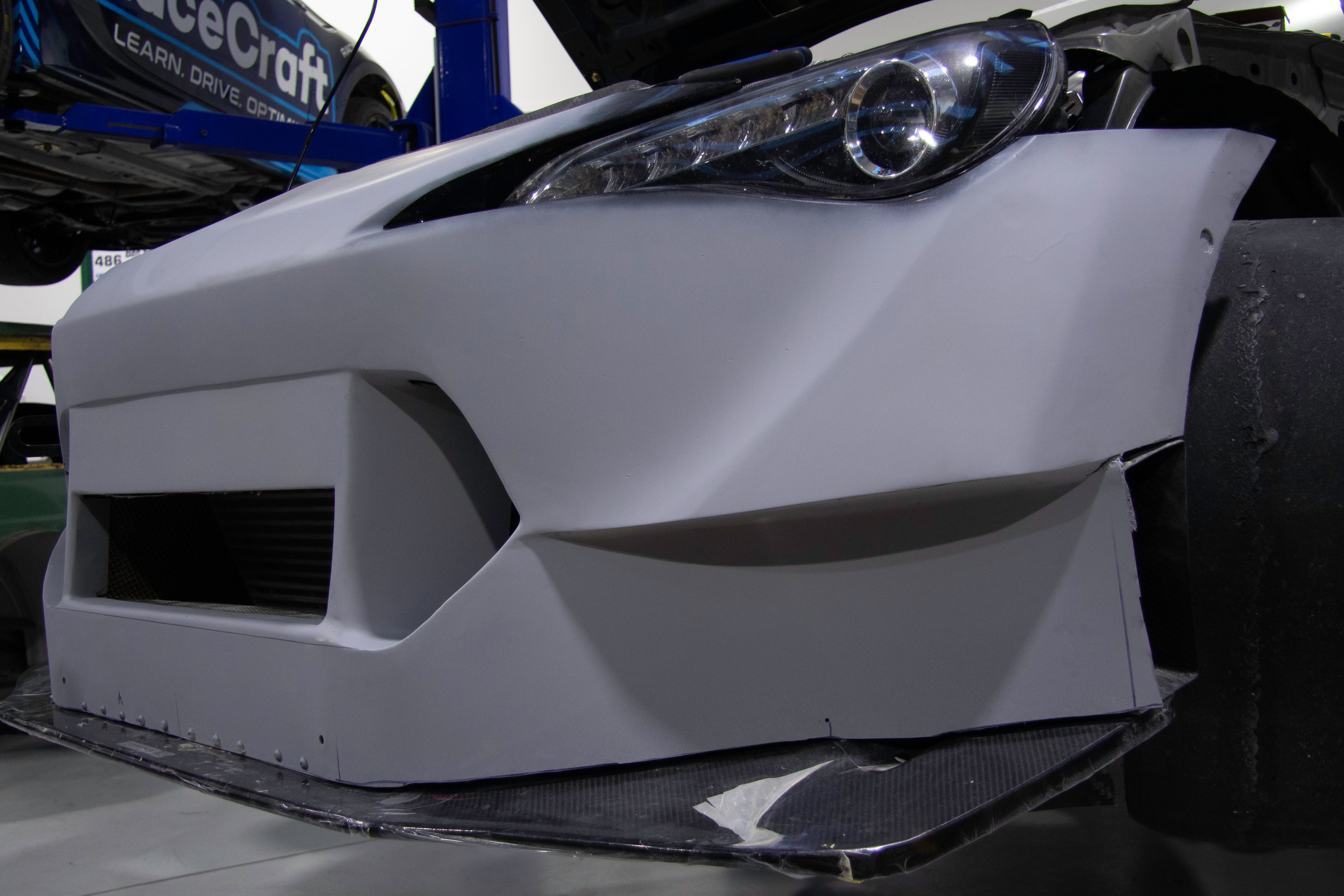 Also in the works has been more ducting refinement and of course the rest of the aero package. 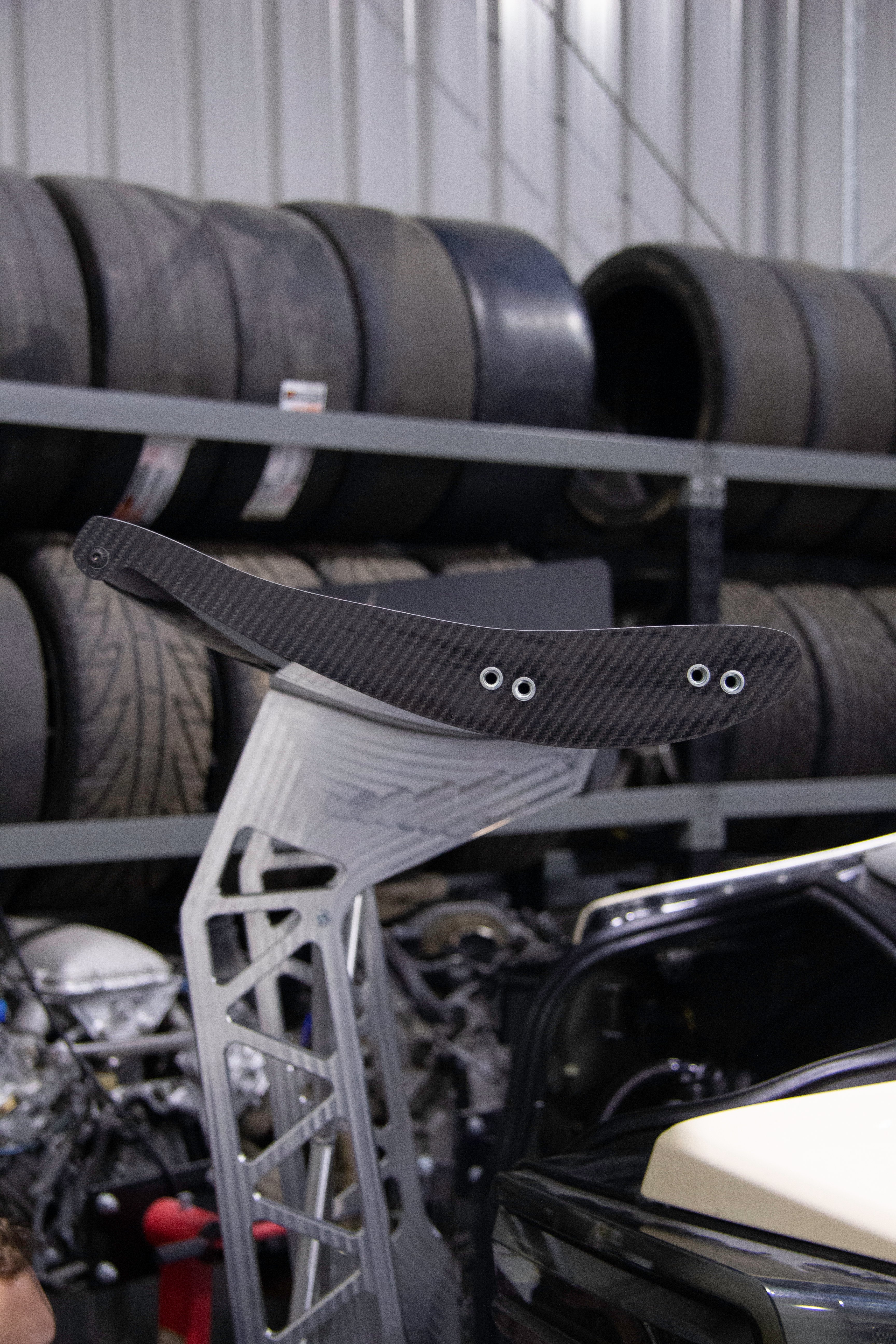 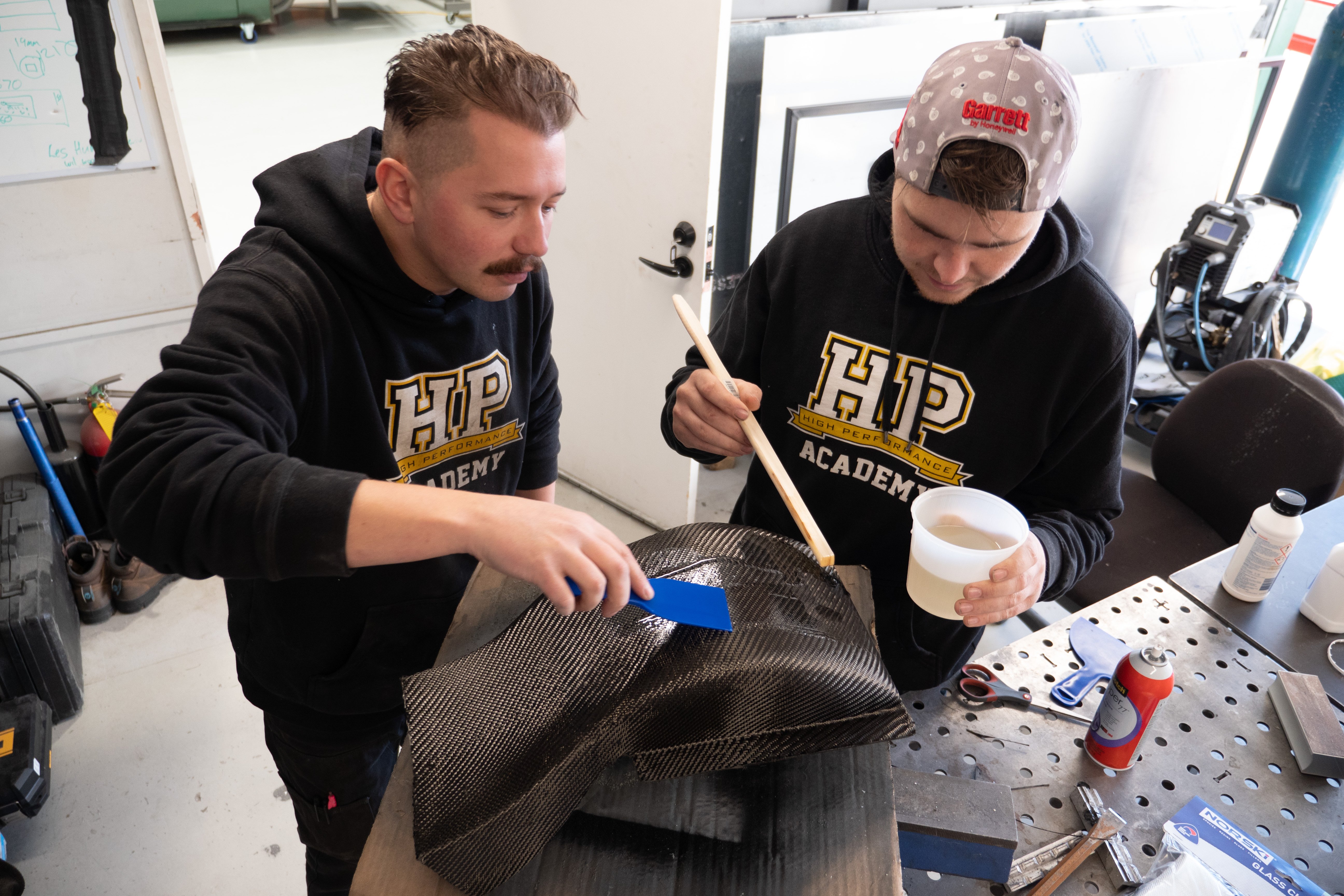 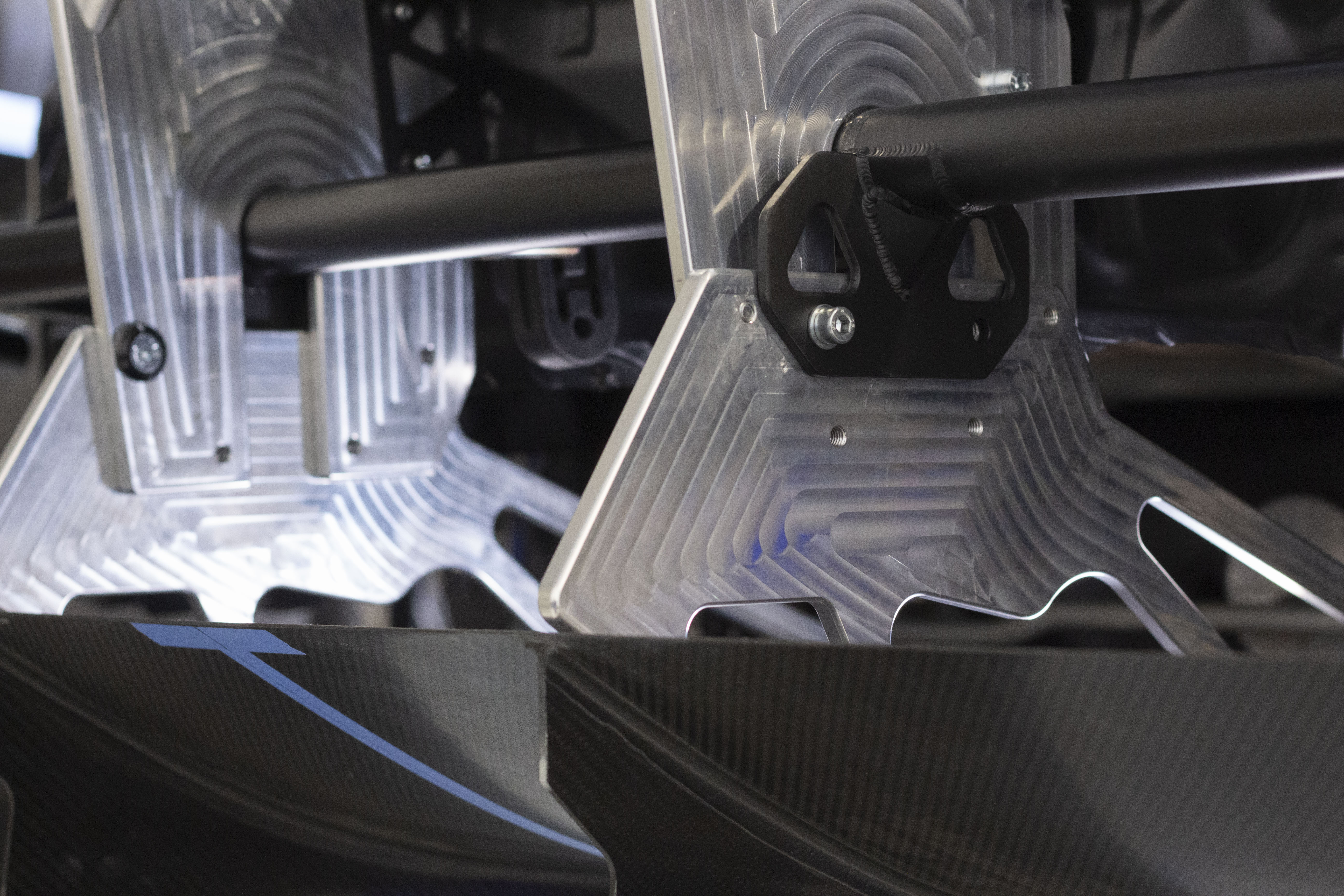