I'm looking to add a couple of pressure sensors to my system. I've been using the Bosch PST-F 1 (and paying half price by buying them as late model Mazda parts instead of Bosch Motorsport parts) and would like to stay with Bosch for consistency.

Can anyone help me with identifying what production car I might look to to find this Bosch 10bar pressure sensor? I can rule out the GDI rail pressure sensors as not the right range but I'm not sure where I might find this lower range sensor. 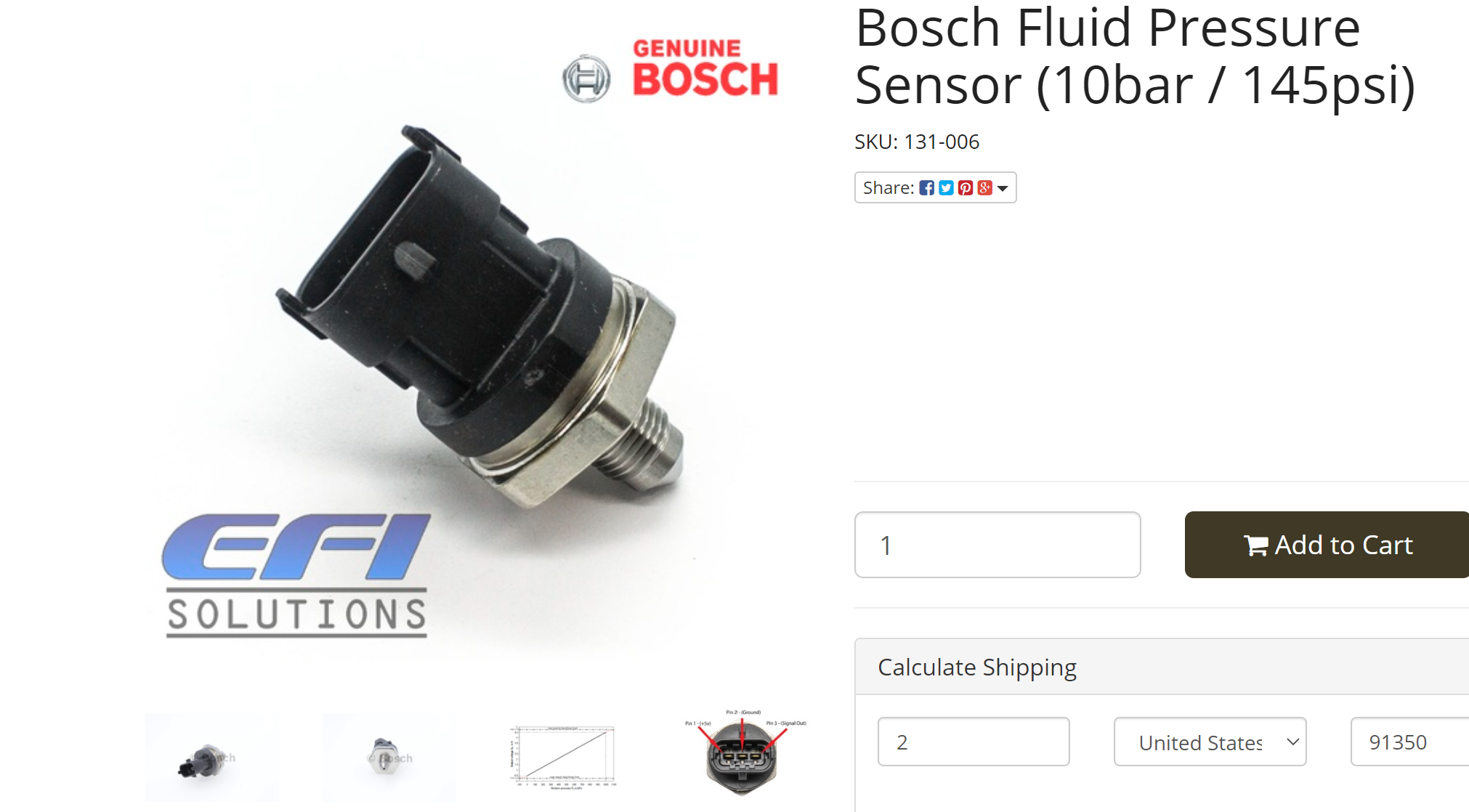 It looks pretty damn affordable at the place you took the screenshot (US$76). I don't have any solid-state pressure sensors that priced that low.

No, it's not that bad of a price. But I'd like to find it domestically and I'm having a hard time doing that. I imagine that if I can find what it came on I can find it for even less.

At $99-$109 AUD it's about (or exactly) the same price as the PST-F 1, which for some reason sells in the US for at least $150 US (racecar premiums). But I can get original Bosch sensors for a Mazda for less than half that domestically: 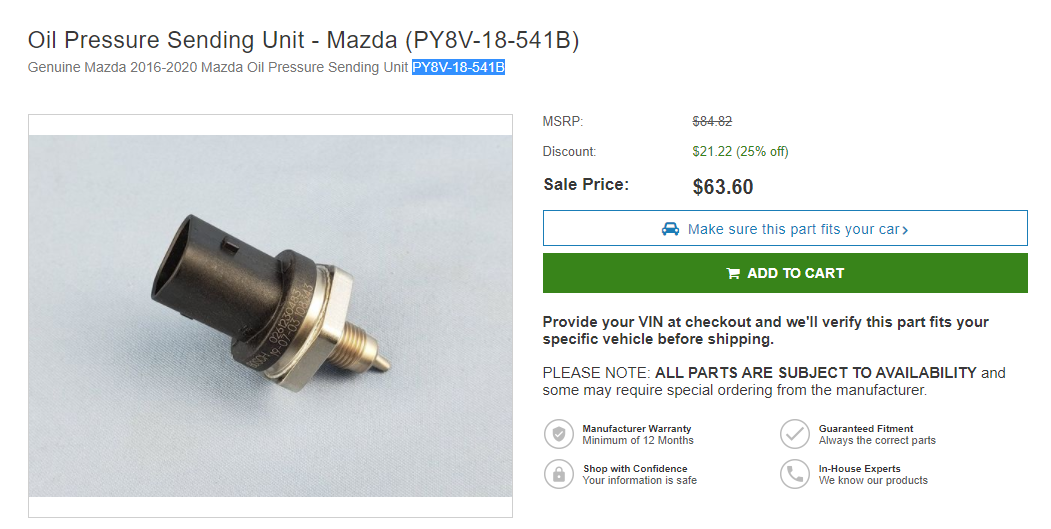 Was hoping to find the same hack for the pressure-only sensor, biggest problem I'm having is figuring out its OE applications. There are lots of Bosch sensors listed as rail pressure sensors for late model VAG cars, so it's easy to discount those as likely being the wrong pressure range. OE parts tend not to offer the transfer functions or specs since it's extraneous information for Joe Blow mechanics trying to get a customer's VW to start and run.

I have seen them fitted on VAG, but they are more expensive than the combined press/temp, so unless you specifically want the odd M10 45deg fitting then you are better sticking with the PST-F1 and just not connecting the temp side.

Thanks for the input. Likely what I'll end up doing.

It means less spares I have to keep, at least. Admittedly not a fan of the M10 fitting on the Bosch sensors but I have also been concerned about the 45deg flare so that's something I won't have to worry about either. I do like that these small Bosch sensors are robust enough to live on engine blocks, fuel rails, etc. without remote mounting - Hence why I was looking for a pressure only sensor where I don't need the added complexity/cost.

I have a PST-F 1 mounted on a fuel rail waiting to go in (but receive fuel temp from the flex fuel sensor mounted right at the exit of the regulator) and one installed for oil pressure/temp on the back of the block. I was considering replacing the rail sensor before I build the extension loom for it but may just leave the temp circuit disconnected, particularly if it's not going to save me any money.

Did you have a part number for a PST-F 1 OEM equivalent? I looked at both you had screenshots of above but both appear to be pressure only?