Home > Technical Articles > CAN Bus: What is it, why does it exist, and do we really need to understand it?

CAN Bus: What is it, why does it exist, and do we really need to understand it? 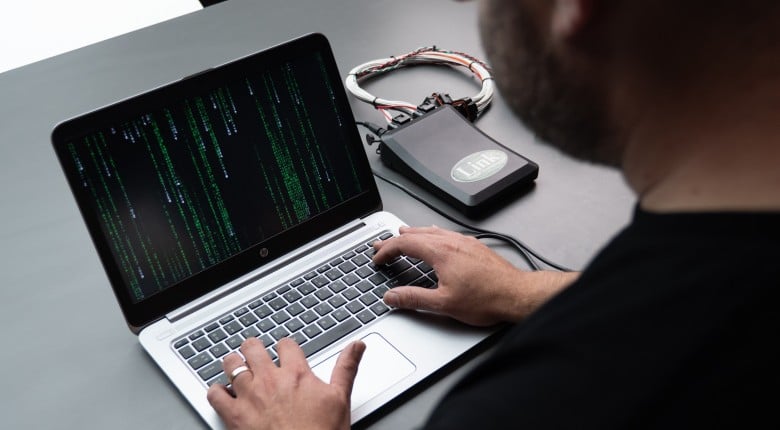 There are very few industries that stand still and manage to survive,and the automotive world is absolutely no exception. Without the incredible innovation and evolution we’ve seen over the last century, we’d still be trying to race on wooden wheels, wildly hanging off our hand-operated throttle in an attempt to reign in all 15 kilowatts of fury from a chugging, inefficient lump sitting between the front leaf springs.

In this interview: What is CAN Bus | When Was CAN Bus Created | Does My Car Use CAN Bus? | Street vs Motorsport CAN Bus Systems | Why Is It Used? | Is It Difficult To Learn? | How Can I Learn? | What If I Have No Prior Knowledge?

We’ve seen a rapid digitalisation of the automobile over the last couple of decades, and that’s changed the game for those looking to modify their vehicles or build new race cars from scratch. The CANBus communication system sits right at the heart of all this innovation and for most people, the idea of working and creating within this protocol is a daunting one. But is it actually as brutal and intense as it first appears? We sit down with High Performance Academy tutor, Zac Perston, to find out. 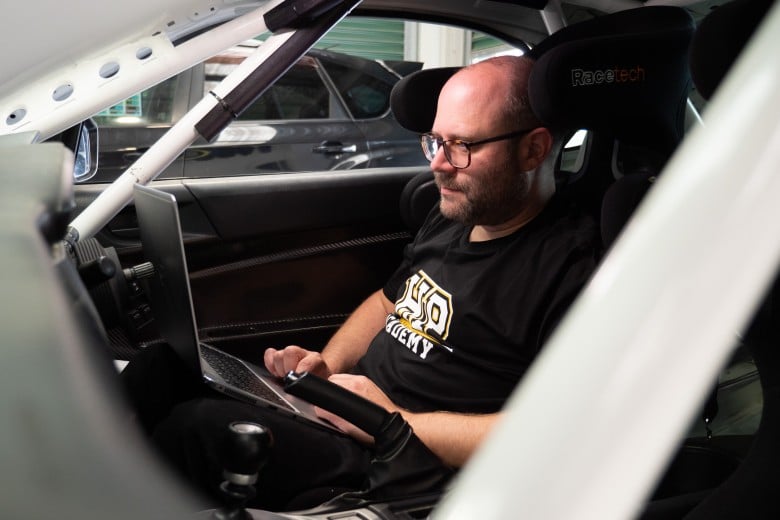 HPA: First off, we’re going to need you to explain to us exactly what CANBus is and how it’s used in modern cars.

Zac Perston: ‘CAN Bus’ is actually two terms that get joined together, ‘CAN’, being ‘Controller Area Network’, and ‘Bus’, which refers to the physical wires a CAN system uses… That really doesn’t help explain what it is though! CAN is a digital networking protocol that is used in industry to move data around between devices. It’s great, because it means we can use just two wires to share a whole heap of information around a vehicle, instead of needing an individual wire for each signal. Keeps our wiring harnesses smaller, lighter, more robust, and most importantly, cheaper! 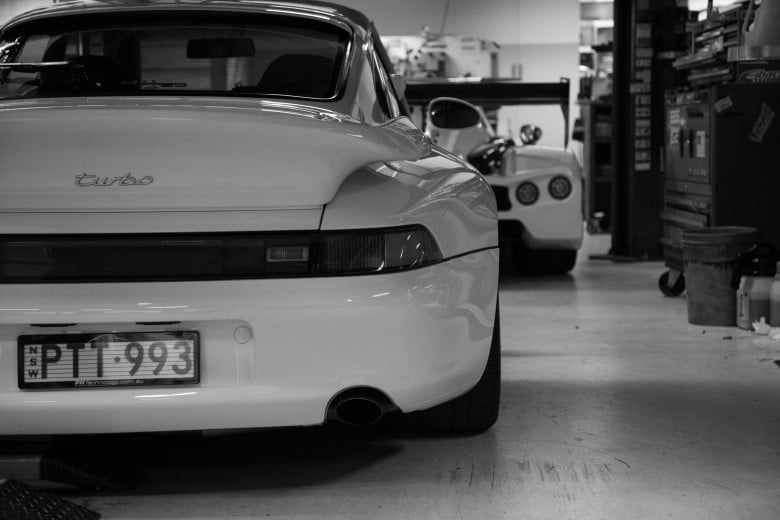 When did CANBus start being used in road-going cars, and do all cars run it now universally?

CAN was officially released way back in 1986! You won’t find many vehicles outside of Europe using it in that era though — and even inside Europe, its use was pretty limited. CAN proved its usefulness however, which drove more development, which brought down the cost of the electronics, making it easier to implement… And the cycle continued. I’d say it really became totally mainstream in around 1996, and I’d be surprised if there was a single road-going vehicle built after 2000 that didn’t have CANbus communications in it somewhere.

How do I know if my car uses CANBus?

If its model year is later than 2006, then the OBD2 protocol standard means it will be using CAN for some diagnostic purposes at the very least, but chances are very, very good that anything later than 1995 will have CAN communications in there somewhere. 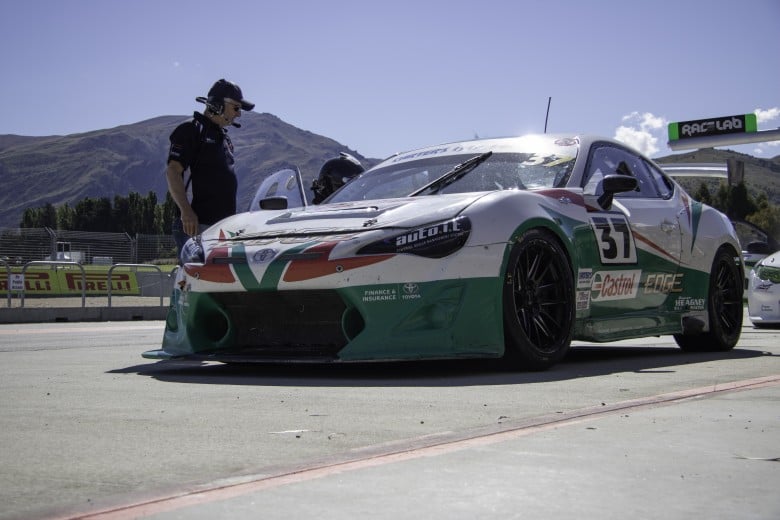 Is there a difference between systems used in road cars and race cars, or is it all the same thing?

Yes, but also, no. Let me explain that a little. CAN is a protocol standard, which means that the actual electrical signals being used are the same whether we’re using aftermarket electronic modules in a racecar, or working with an OEM vehicle. The CAN standard defines what those electrical signals mean, and how they should be read as a complete message. Where things get a bit different however is the content of those messages. When we’re building a racecar, we define what those messages contain and how the data is sent and received... But when we’re working with an OEM vehicle, we usually have to figure out how someone else has set up the messages, a process known as reverse engineering.

The great bit about CAN being a standard, though, is that because those electrical signals are all compatible, once we reverse-engineer the messages we want from an OEM vehicle, we can get our aftermarket electronics to read that data, combining the two systems seamlessly. 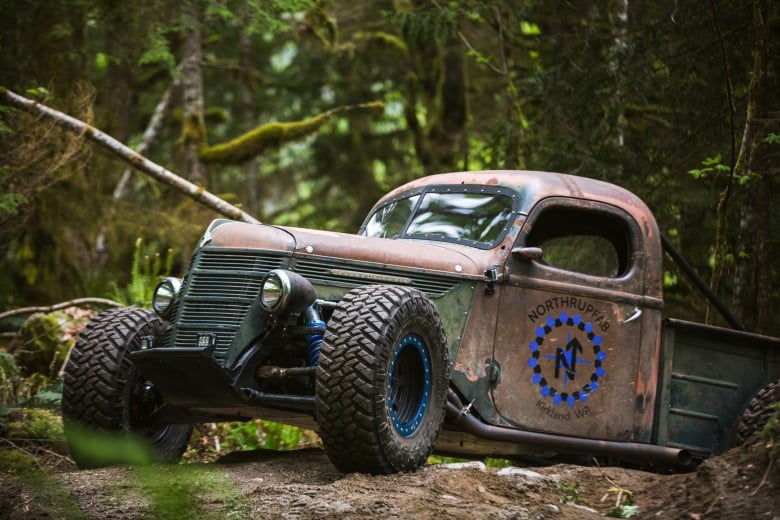 So why exactly do we need it? What was wrong with how we were wiring and running cars before CANBus came along?

Cost, bulk, complexity, and flexibility! Previously when we needed to get a signal from one part of the vehicle to another, it had to have its own dedicated wire. This quickly gets out of control, and wiring harnesses get really bulky, heavy and expensive to manufacture. Think about how many pieces of information get shown to you on a modern gauge cluster, and think about each one of those, speed, RPM, coolant temp, oil pressure, boost (if you’re lucky), fuel level — the list goes on. If each one of those needs its own wire, the harness will be massive. A CANBus lets us send lots and lots of different pieces of data around a vehicle on the same two wires, so it really slims things down.

We also get a lot of flexibility when we use CAN. If I’ve got a dash logger in my racecar, and I have a light on it that warns me of an alternator charge failure but I want to change it to warn me of a low oil pressure situation, I can make a simple software change to accomplish this. As long as the oil pressure data is on the CANBus, the dash logger can read it, and trigger a warning light in response with no extra wiring needed. This is really important in a professional-level racecar where the wiring harness is a sealed item that can’t be easily modified. 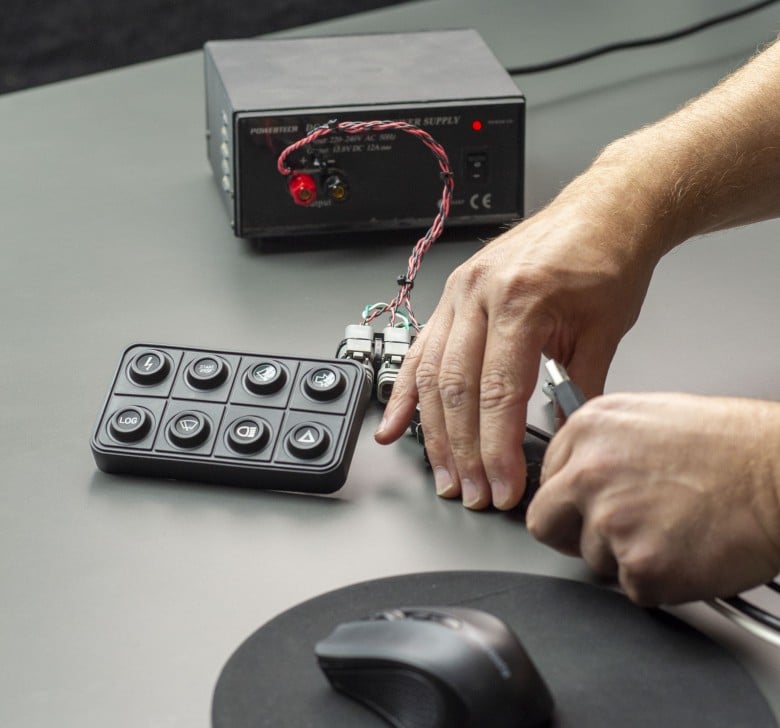 To be honest, that all sounds like a good idea, but the thought of working with these CAN protocols and the wiring systems it uses is going to be a very daunting one for most people — even professionals in the industry. Do you think that trepidation is justified?

Absolutely, unequivocally, definitely not. Just not even a little bit. Because CAN is a standard, once you learn that standard, you’ve got the knowledge you need to set up a communication system using aftermarket electronics, as well as reverse-engineer existing datastreams. It’s a fear of the unknown. Once you’re over the knowledge hurdle, the fear is gone, and a whole world of opportunities opens up. Hand on heart, I’d say that CAN makes automotive electronics simpler and easier to deal with, as opposed to not using it.

I think of it like the resistance there used to be towards EFI. People knew carburettors, they knew how to tune them, how to get the results they wanted — EFI was new and scary. But once the knowledge hurdle was vaulted over, the benefits offered by EFI are massive! 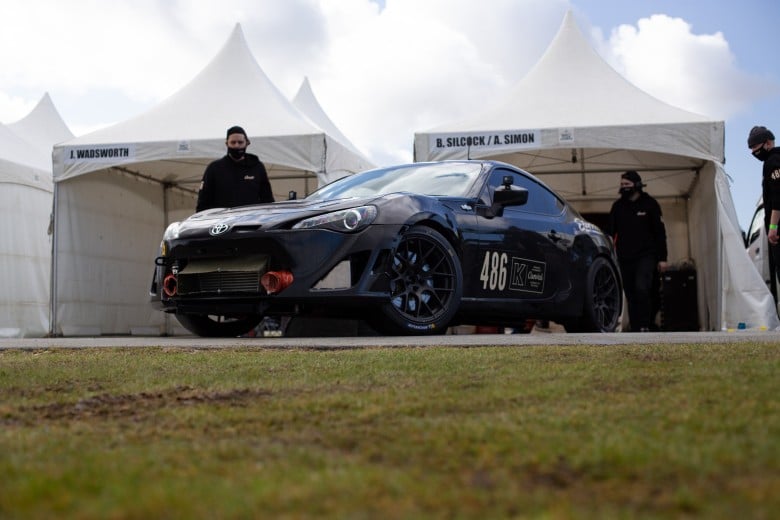 Your course, CANBus Communications Decoded, is fairly all-encompassing. Once completed, what would you expect a student to be able to achieve with the knowledge and skills they’ve learnt?

In the case of using aftermarket electronic modules in a racecar, they’ll be able to design and build the bus wiring, making sure all the devices are physically connected properly. They’ll be able to configure and program those devices to send out the required data, and program other devices to read the required data. They’ll have a thorough understanding of the fundamentals of the CAN protocol, allowing them to troubleshoot any weird results and get the system working flawlessly.

They’ll also be able to connect to an existing CAN system, snoop on the data that’s flowing around already, and have a path to follow to determine what that data actually means. One of my favourite worked examples in the course is snooping on the steering angle data on the OEM CANbus in a Toyota 86 racecar. This data is then sent to a video logger, meaning a graphic of steering wheel position can be overlaid onto the video. Setting that up with aftermarket electronics and sensors would be time-consuming and expensive, but sniffing that data off a system that’s already in the vehicle is just a brilliant time and cost saver!

In your opinion, what level of ability and knowledge would a person need to possess to get the most out of it? We have to assume this isn’t exactly for absolute beginners…

The course starts out with the absolute basics required to understand the CAN protocol, but some basic automotive electrical knowledge is certainly helpful. The course builds the basic knowledge required, and then begins to introduce the more advanced concepts. If you’ve not dealt with CAN before at all, this course will take you through from the very beginning.

Want to learn all about CAN Bus communications? Enrol in Zac's course now and start instantly with a 60-day money back guarantee.

Want to learn more about tuning?

We've helped 30,000 people just like you learn the science of tuning and apply it to their own projects. 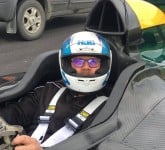 Zac is a technical educator here at HPA and our resident 'anything electrical' guru. He has been involved in the automotive industry for many years at both a hobbyist level on his own vehicles and a professional level working on high-level single-seat racecars.

His geekdom is unquestioned, and Zac can often be found reading sci-fi, repairing broken 80's and 90's automotive electronics, or looking for his 10mm 1/4" drive socket.